Another day, another morning in massive pain. I woke up around 1am and couldn’t really get back to sleep. My back’s not as bad, but my legs oh god. I gave up and tried compression tights. We’ll see how they do.

Anyway, let’s go back to yesterday. Last I wrote, I had finished breakfast and was catching up here. Well, after that, we got ready for the day and started wandering. We kept our pace slow and steady as we ambled down toward Covent Garden. It was early enough that not much was open, but there was still a craft market going on, so we wandered through there.

Seeing nothing that fancied us (except peaches at a fruit stand, which Brandon got), we wandered back toward Piccadilly to Charing Cross Rd. and then walked down to Trafalgar Square. We got a few pictures and continued down to Big Ben, Parliament and Westminster Abbey. After a few pictures there, 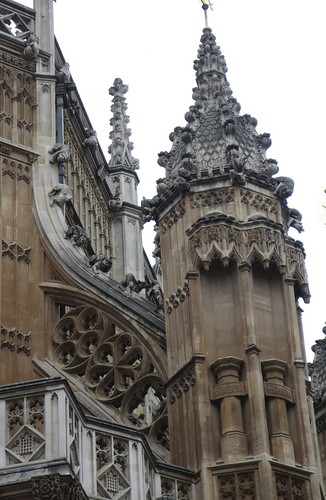 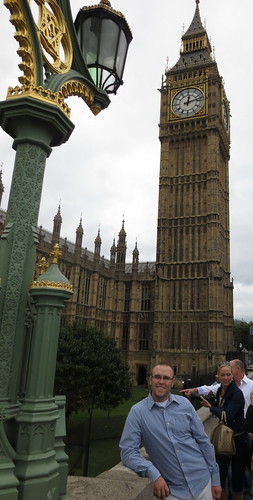 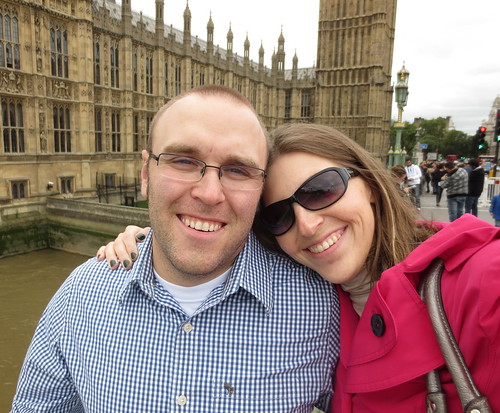 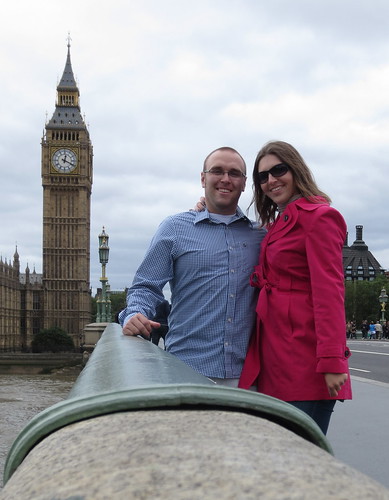 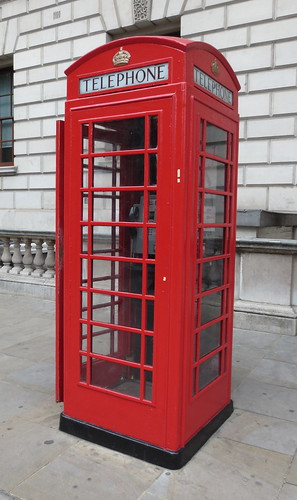 we walked over a bridge to the other side of the Thames.

While over there, we grabbed a snack of ice cream (gelato, really – an adequate coffee for me and a crazy rich dark chocolate for mrrmrr) and then did something on Brandon’s list – the London Aquarium. I always like seeing fishies and the like, so had no problems with this. It wasn’t the best aquarium I’ve been to, but it was cool nonetheless with lots of opportunity for learning – they do that a lot over here.

We popped out near some giant arcade which we peeked in for a second to fulfill something Brandon wanted to do but never did last time he was in London. We didn’t bother to play any games, though.

After the aquarium, we walked back over the bridge, essentially retracing our steps, passing the Horse Guards 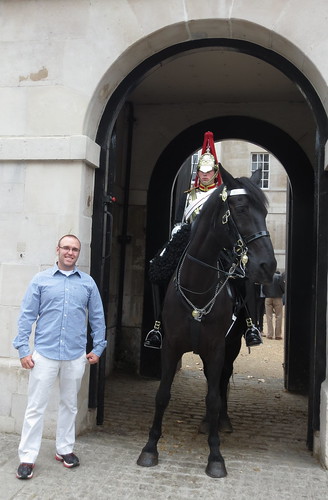 and Churchill’s war rooms, walking past St. James Park. Almost to Piccadilly, we stopped in a place called Eat for lunch. Brandon had a ham and cheese baguette and I had a ham and cheese toasty. Both were good. We stopped in Lillywhites, a giant (and crappy) sporting goods store after that, marveling at the differences (and similarities) in brands from here in the UK to back in the U.S.

At that point, we were fairly dead, so we decided to lay low in the hotel until dinner … which we wandered off to get around 6:30ish. We walked up the very snazzy Bond Street up toward Oxford Circus (kinda) in search of Yo! Sushi. Yo! Sushi 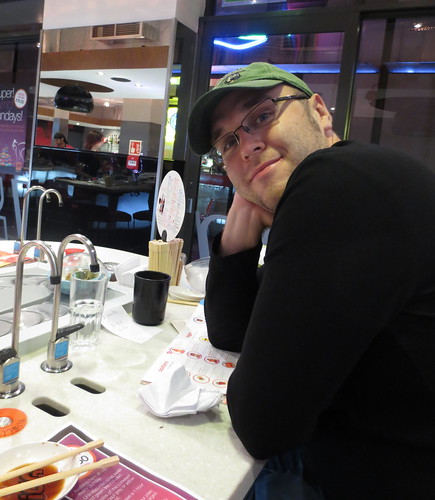 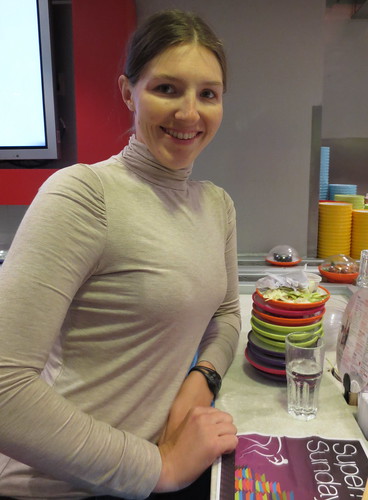 is conveyor belt sushi and a place that Gen and I ate at a bit last time we were here. We got lucky in that Sunday is all-you-can-eat if you so choose …otherwise, it can get super expensive. I mean, dinner was still pricey anyway , but y’know.

Post dinner, back down Bond and to the hotel for a bit more reading and then a crappy night’s sleep. 😦

For now, breakfast. With these dead legs (on both of us), today is going to be interesting …

Completely spaced out on writing yesterday until too late … and it’s not like I didn’t have the time.

So, yesterday. We woke up, showered and went downstairs for our happily FREE breakfast. It was huge and wonderful. Totally makes up for the crappy, overpriced one we had in Paris.

After breakfast, we went back upstairs and finished getting ready for the day. We left and found our way to the National History Museum. Sure, we have nature and history museums in the states, but this one was a lot cooler in a lot of ways. It had a better sense of organization and people flow through most of the exhibits. 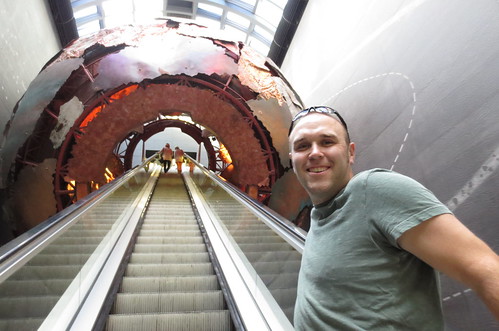 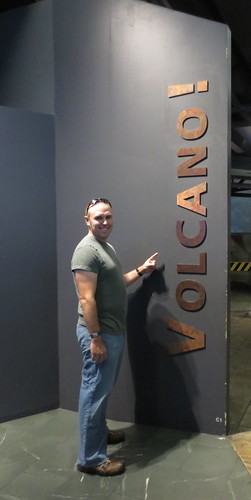 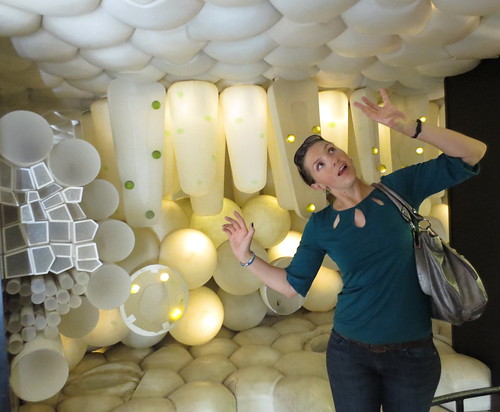 Plus in their human life area, you actually saw a penis in a vagina AND naked people. Never would have seen that in the states.

We had a small snack of a blueberry muffin before seeing the dinosaur exhibit. We’ve seen better, 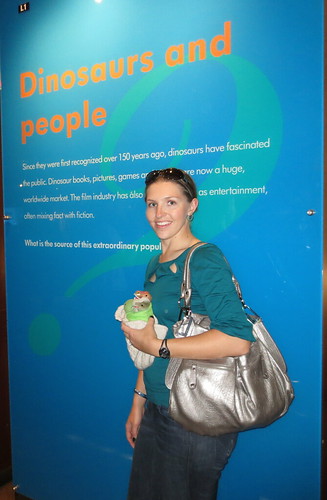 but it was still pretty awesome. Kidlets were super happy, and that’s all that matters.

After the NHM, we walked over to Harrods. We really didn’t buy much as it’s really just stuff we can’t afford. Brandon did get two Cuban cigars (I looked at super expensive booze while he did that – most expensive bottle I found was $46,400!). We got a UK-themed Christmas ornament in the Christmas shop and I got two London2012 Olympic figurines in the toy shop – one triathlon and one “Athletics” of a hand-cyclist (Paralympics).

We had hoped to grab a bite to eat at one of Harrods’ many eateries, but cost was a tad prohibitive, unfortunately. Still, though, we needed food. We ended up stopping at a pub – Brandon got fish and chips and tried a London Pride beer. I had a chicken and mushroom pie – kind of like a pot pie, but so much better.

After eating, we walked back to the hotel and collapsed, calling it a night.

At breakfast today, we both learned we essentially slept like crap. Plus our legs hurt, so we’re trying to figure out what to do today. I’m not sure what we’ll do, but we’ll find out later tonight!