I don’t go to many concerts. I did in college – a lot of small, local bands, mainly – but only a handful over the past several years, with the last obviously being Epica. A lot of it is due to cost – concerts are expensive, man. That being said, if I really like a band, I know I’d try to make it work.

Enter Shinedown. I think I had heard their stuff – maybe – off and on, but I was really introduced to them by Brandon, who’s known about them since 2003. So, when I heard they were coming to Denver (well, Broomfield, which is close enough), I decided that we were going.

Slightly easier said than done. We thought the show was Tuesday, 3.26. Legit could have sworn that was the date. Brandon put his work request thinking Tuesday night as did I. Then, I go to get the tickets, and it’s Monday, 3.25. So, since the date … changed? we’re stupid? something? … Brandon couldn’t go (was in Kansas City that night) and I couldn’t really change my work schedule around to be off on Tuesday (though I did get stuff switched so I could come in at 6am instead of 4:15am), so I could go, but I wouldn’t get much sleep.

Luckily, my friend Claire is awesome and decided to come with (even though she had to be at work at 9am) and be my date.

The show was up in Broomfield at the 1stBank Center. I’d been there once prior – back in … 2006, I think? 2005? … for a CHL game to see the now-defunct Rocky Mountain Rage, but never for a show. Or anything else.

Venue wasn’t bad – I think I’m partial to smaller ones, just given my concert history – but still relatively intimate given it’s size. We had floor “seats”/general admission which wasn’t bad. I would have liked to get a bit closer to the stage – like I did at the Epica show – but didn’t happen.

Opening act was P.O.D. We got there in the middle of their short set. I owned their CD (or at least the one with the songs that everyone still knows – “Boom,” “Alive,” “Youth of the Nation”) back in the day. It was okay, but nothing special. 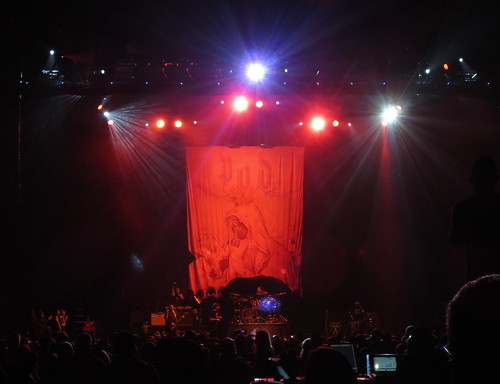 Next up was Three Days Grace. Going into the show, I didn’t think I knew anything by them, but after hearing them play, I definitely recognized quite a few of their songs. I listened to them again after the show on iTunes and, like Insomnium at the Epica show, I think they’re better live. I was pretty impressed with their show and liked the post-apocalyptic Las Vegas theme they had with their backdrop. 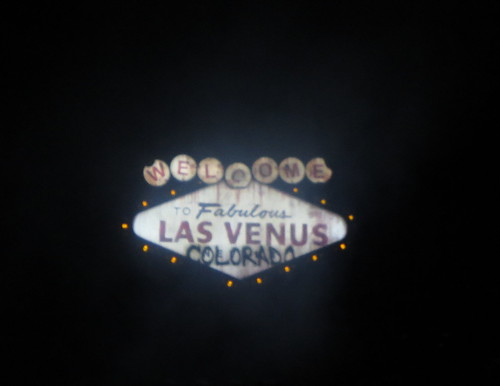 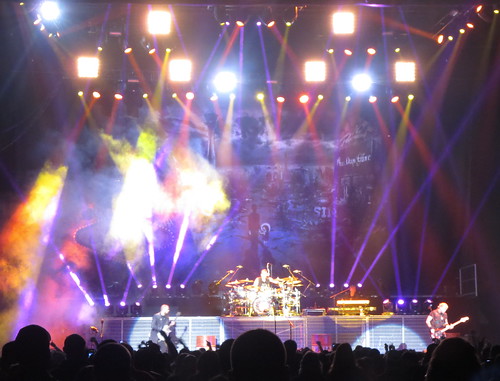 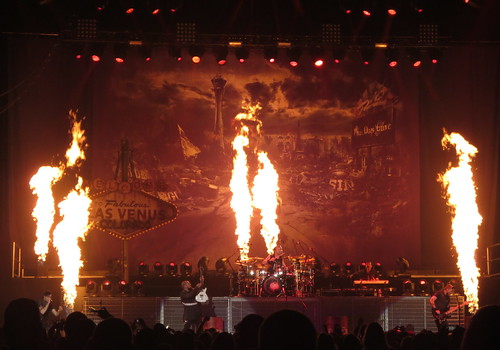 One of my favorite parts of that show was when the drummer went off on a solo that lasted several minutes. A small part of me still wants to learn to play the drums even though I know I totally don’t have the discipline (or the money) to learn. 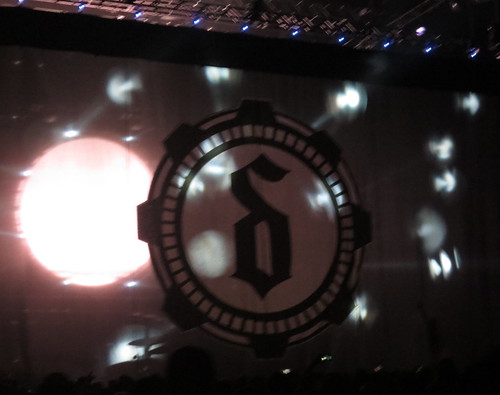 Next up was obviously Shinedown. I originally thought they were the headliner, but given the length of their set and of Three Days Grace’s, I’m pretty sure it was a double-headliner.

Here’s the setlist, thanks to Setlistfm.com:
Enemies
Devour
Unity
The Crow & The Butterfly
Save Me
I’ll Follow You
Diamond Eyes (Boom-Lay Boom-Lay Boom)
If You Only Knew
Amaryllis
45
****
Sound of Madness
Second Chance
Simple Man (Lynyrd Skynyrd cover)
Bully

All in all, pretty damned awesome.

Here are the photos I took from the show … you can tell I was a bit far back. 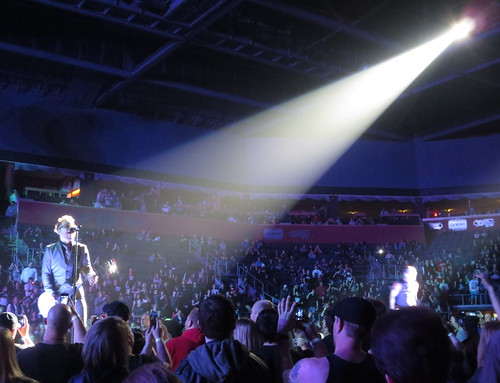 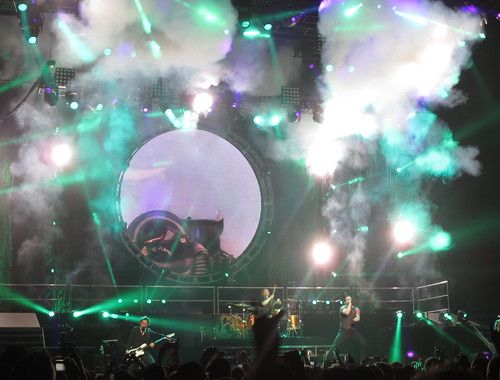 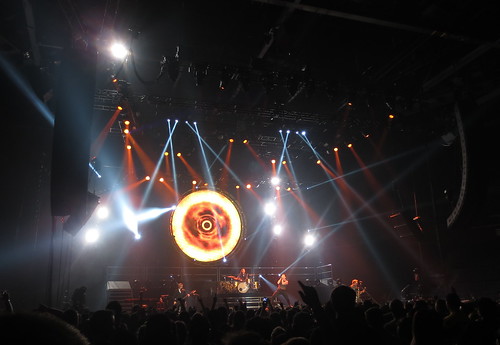 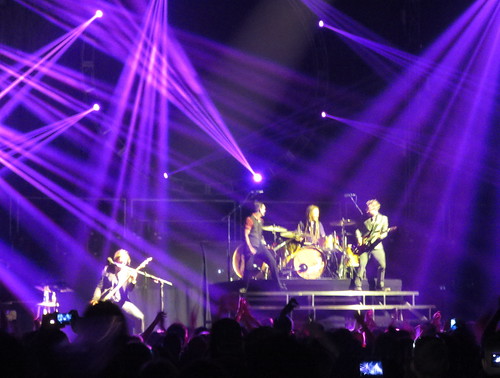 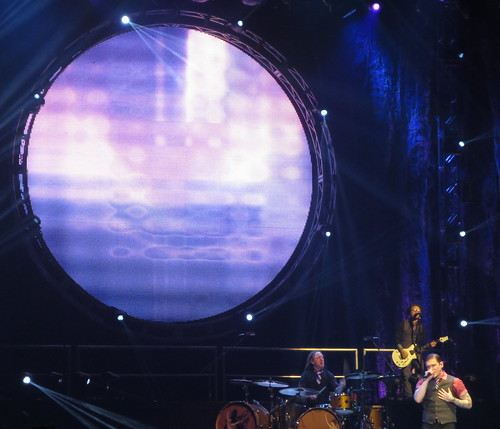 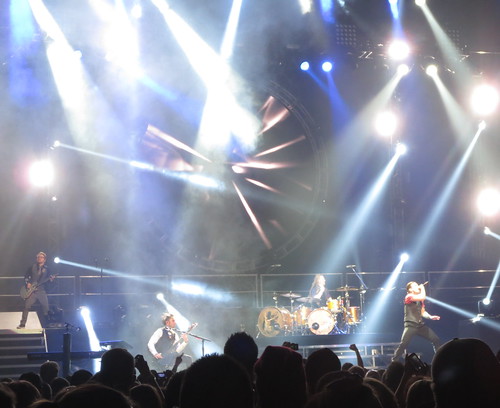 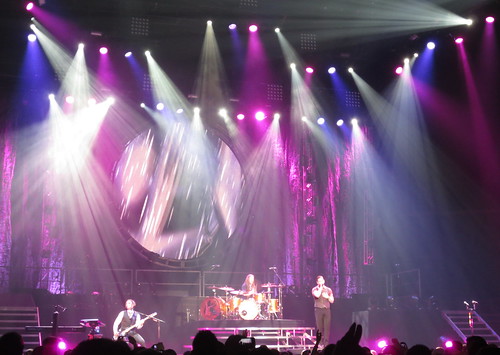 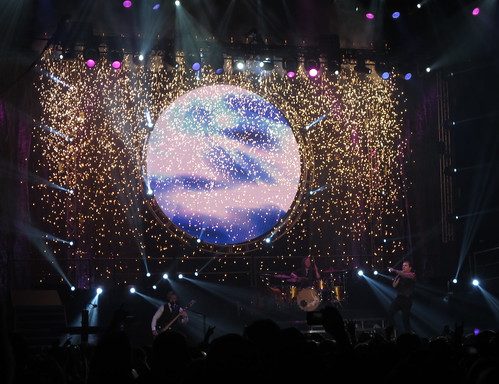 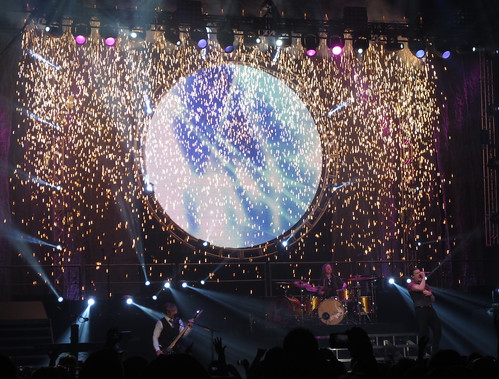 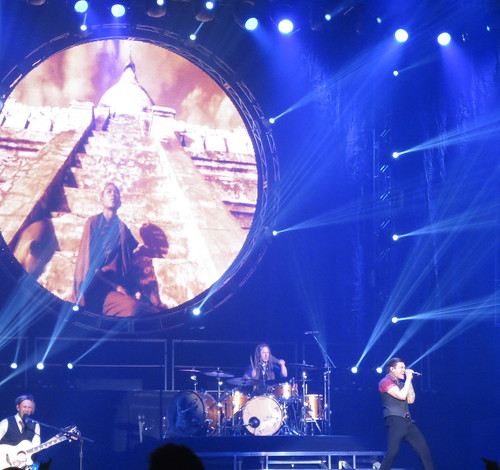 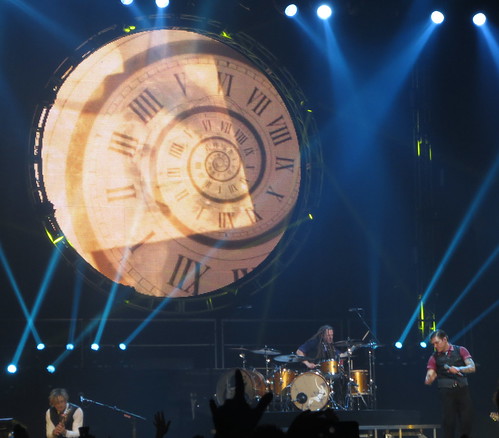 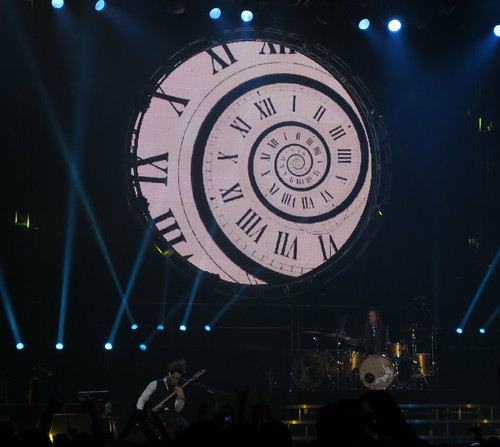 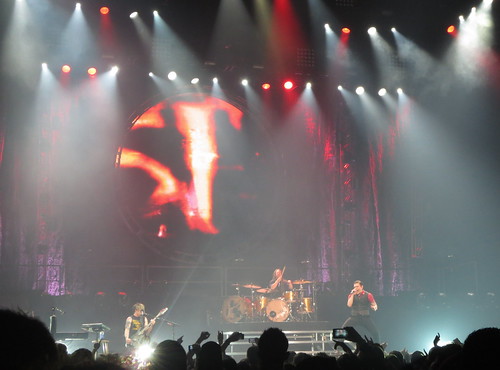 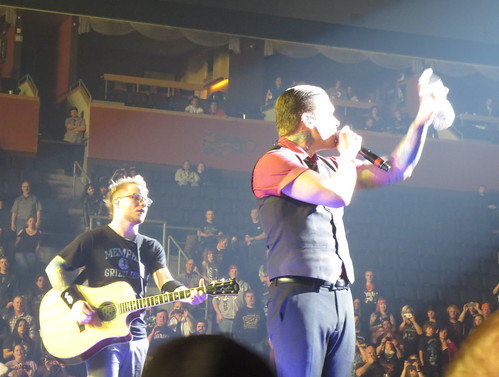 During the “Simple Man” section … since it really was a section. 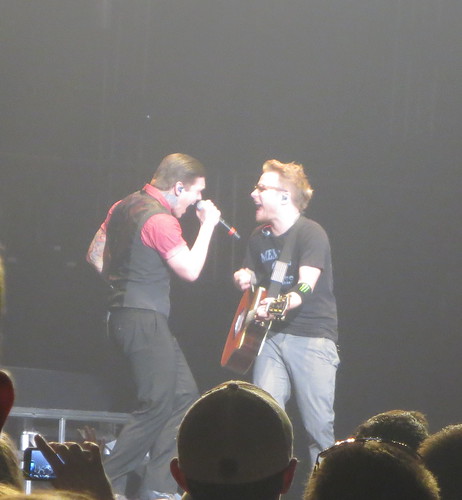 A few other notes:
– I would SO pay to see them again. Fantastic live show. That, and Brandon needs to come next time.
– They didn’t play my favorite song (“Call Me”), but they played numbers 2 and 3 in “Second Chance” and “If You Only Knew,” so I was happy.
– I took video of “Diamond Eyes” for Brandon as his consolation prize.
– I LOVED the fact that the band was dressed up, so to speak, in shirts and ties for the first part of the set. Very dapper.
– Lead singer Brent Smith can be happy in the fact that yes, I did follow his advice and taunted Brandon for not going to the show and yes, he does hate me for it and regrets not being there. Silly work.
– Smith was also right about music elevating oneself and floating out of the building, because I had Shinedown in my head the entire next day at work. Still do half the time, if I’m being honest with myself.
– Can they come back to Denver? Like, tomorrow? Kthx.
– LOVE the message of “Bully,” and the story of Amanda Michelle Todd that they share, but I have two nitpicks – 1.) it’s hard to read Todd’s story on the video screen and try to watch the band perform and 2.) did that seriously have to be the last song? Way to leave us on a depressing note. I’m sure it’s purposeful in that the powerful message is the last thing you encounter and therefore, it’s ideally the freshest in your mind as you leave, but still!

In closing: if you enjoy rock music and you get the chance to see them, DOOOOO IIITTTTTT.

One thought on “Shinedown Concert”