A few weeks ago – August 7, to be exact – I became an aunt. As you may recall from my previous post on style, I went to my sister-in-law’s baby shower. Obviously baby showers mean that a baby is on the way, and the end result was Amelia Alice. Born six weeks early, she spent a few weeks in the NICU, although she’s home now, but still on oxygen to be safe.

Due to being so early, we first saw her under a heat lamp and thought she looked like a baked potato – thus our nickname for her is “Potato.” Which works out well, weirdly, as Stefan and Nicole have taken to calling her Ams so we can easily turn that into Yams.

On a side note, it’s sad that a newborn preemie has better fingernails than I do. 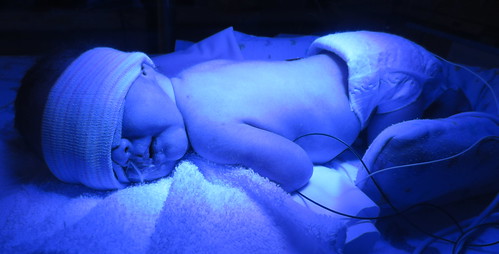 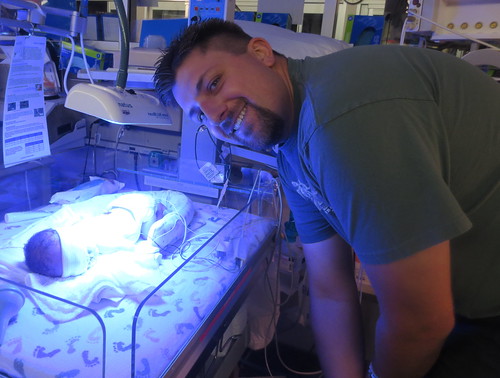 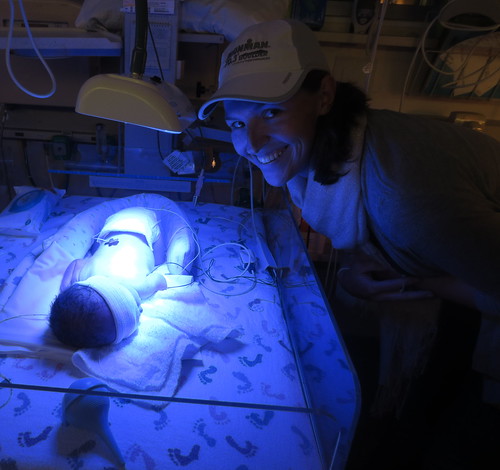 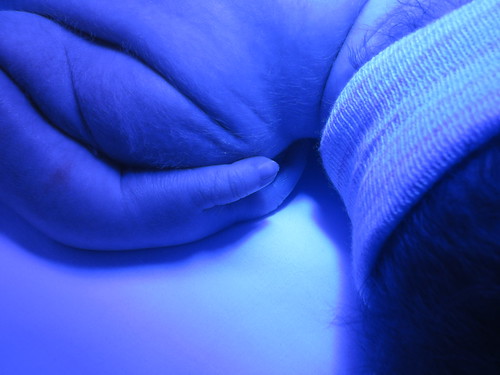 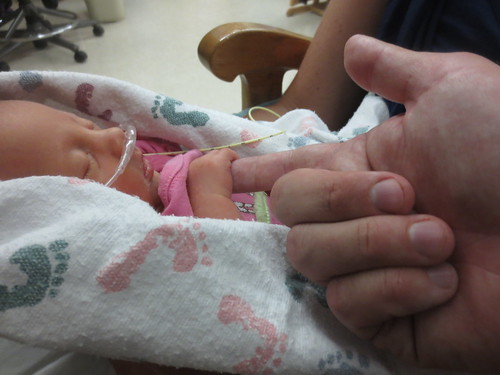 Holding on to Brandon’s finger. 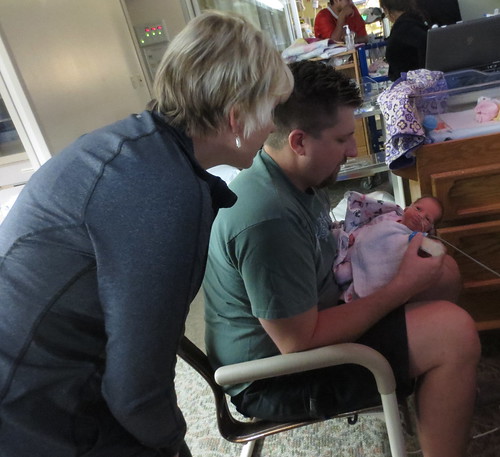 Feeding time with Dad as Mom watches on. 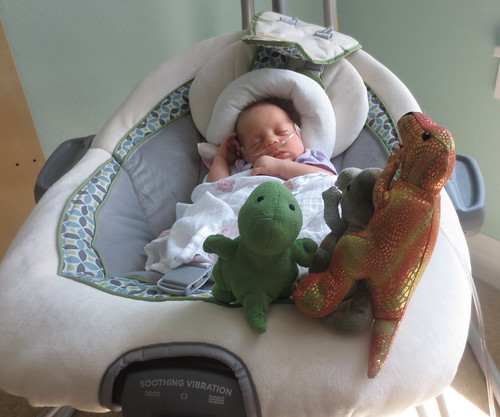 The dinosaurs meet their “cousin” for the first time. 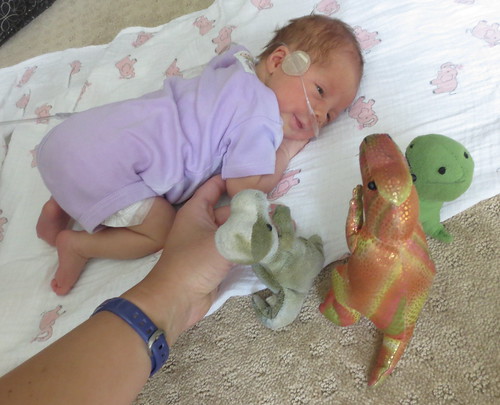