Earlier this month, Denver held its annual Chalk Art Festival. I’ve known about it for years and have always wanted to go. This year, Brandon was home and I decided you know what? We’re going. I had a race that morning in Louisville; we came home, I showered and we headed downtown.

We almost didn’t go – traffic/construction downtown was JUST. THAT. BAD. – but we finally gave up, found a garage, parked and walked to Larimer Square where the festival was being held. 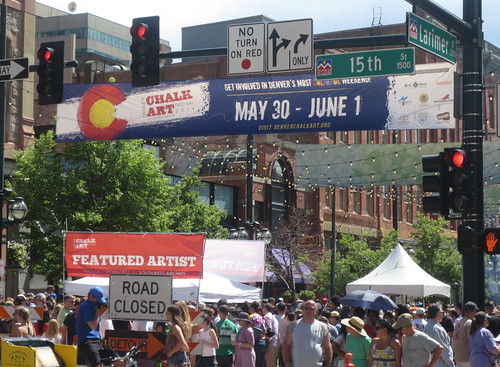 There were a ton of artists featured – many still working on their creations. Most of the artwork was reproductions of famous pieces; some, representing a company (I believe their sponsor? Not 100% sure …). It was really crowded and hard to get a good look at everything, but I was able to get a few pictures of my favorite pieces. 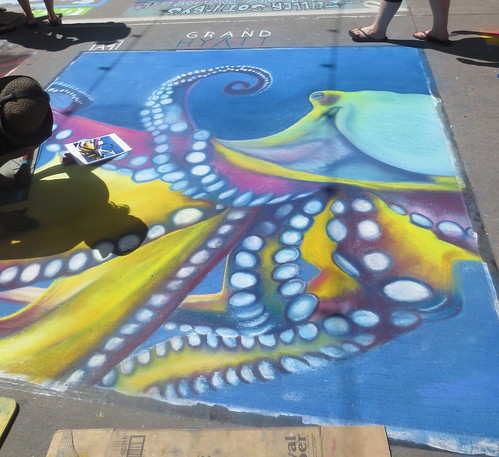 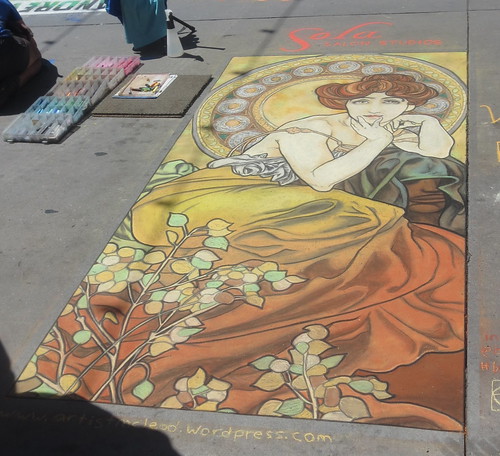 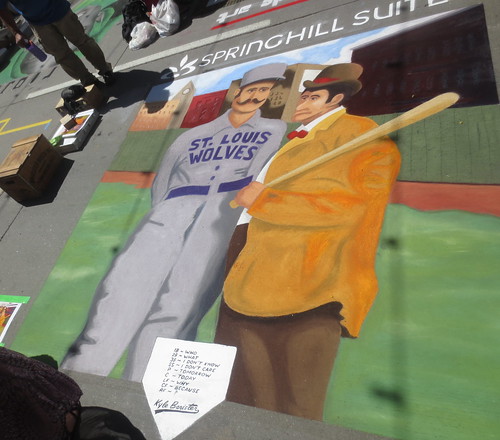 Abbott and Costello’s “Who’s on First?”. 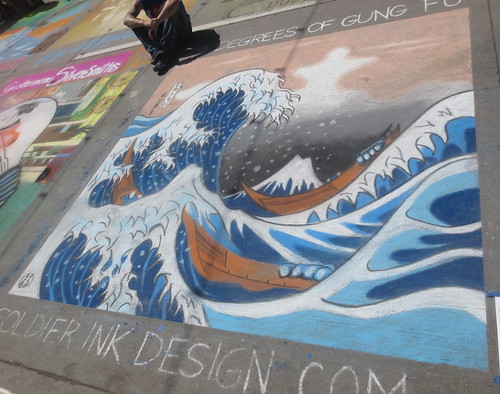 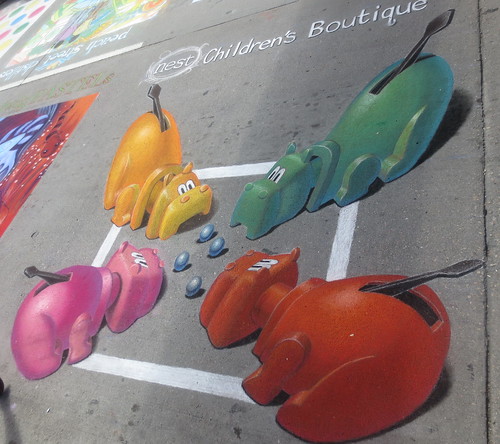 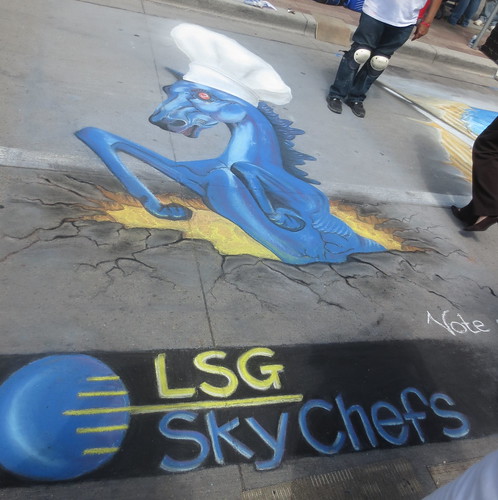 Blue horse of death from DIA. 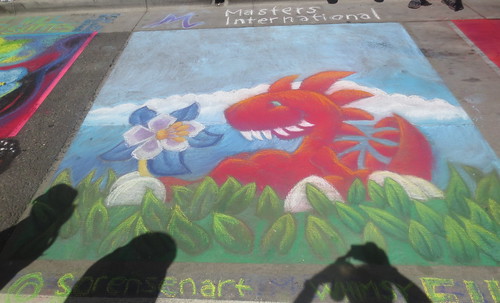 I believe a Colorado twist on Serendipity. 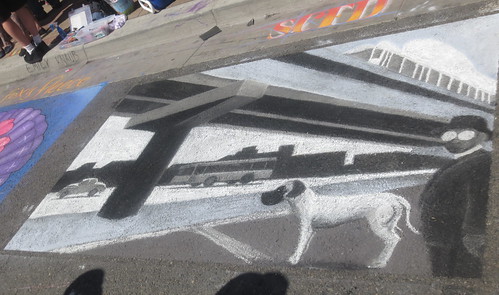 Not sure the original artist/inspiration, but love the black and white.

I would say I would definitely go to this again, but the crowds made it really difficult to say. We went on the third day (of three). I would say I’d prefer to go on day one, Friday, but I don’t think many if at all of the pieces would be completed … seeing as we went midday on day three and some pieces still weren’t finished.

If you DON’T mind crowds and heat and whatnot, go, definitely go, as the artwork is outstanding.