While I get in the terrible, terrible habit of delaying these blogs until the things contained within are no longer around, the topic of today’s post isn’t over quite yet! Okay, so Thursday’s the last day, but still …

Anyway, for the past nine years, the city of Denver does a thing called Civic Center EATS on the vast majority of Tuesdays and Thursdays from late May through early October. Essentially, a bunch of food trucks converge on Civic Center Park from 11am through 2pm to feed you delicious, delicious lunch. We’ve considered going for at least the past three years, but finally only made it this year.

And then we went twice. The first time was in the midst of date day to the zoo and the DMNS. 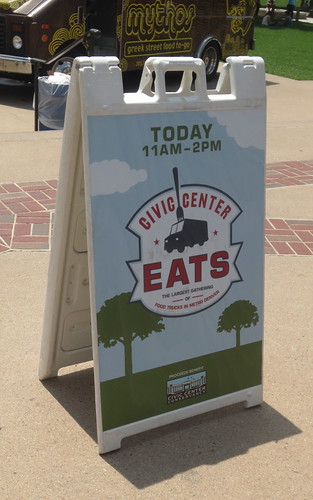 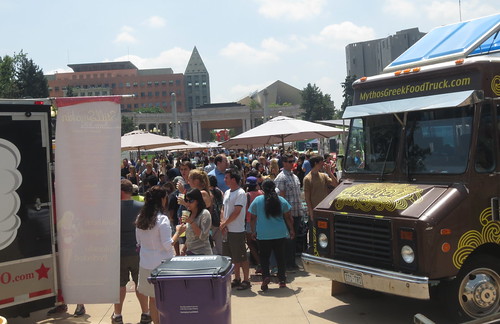 The masses of people. 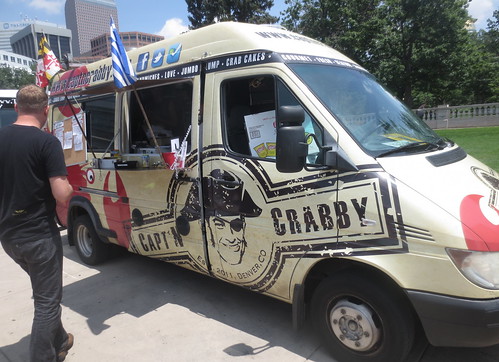 Where I got my lunch. 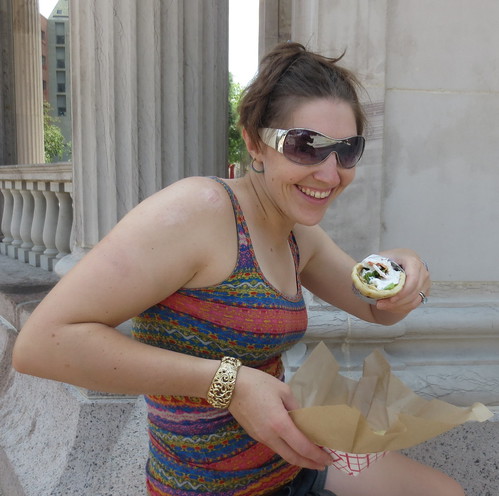 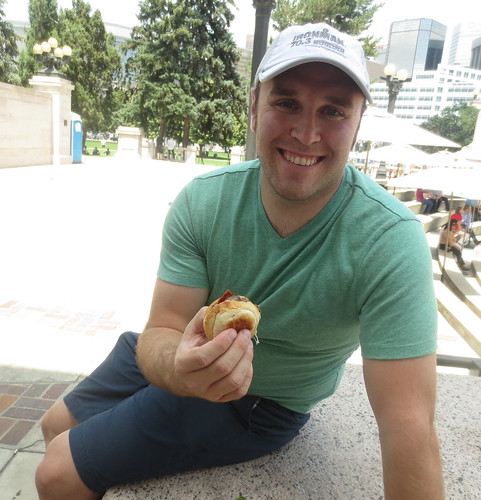 Brandon and his sliders. 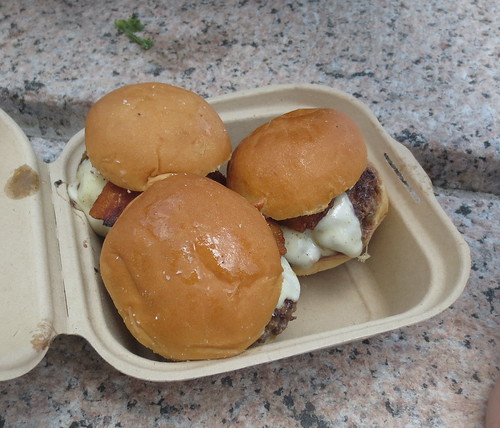 The first time we went, we went on a Thursday. The second time, on a Tuesday as different trucks will show up each day. Certain trucks are only Tuesdays, others Thursdays; some, both days.

The second time, we met downtown after we both got off our respective jobs. I forget exactly what Brandon had, but I had a lobster BLT: 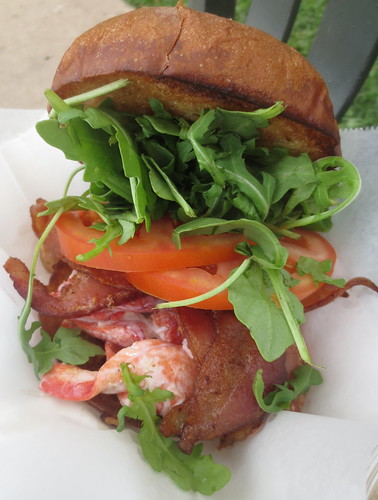 Thinner bacon probably would have been better …

If you’re in Denver mid-week in the summer and want a fun (and possibly affordable; depends on how crazy you get …) lunch idea, Civic Center EATS is a fantastic option.