Back in April, we went to Boston for the Marathon weekend. That, and to eat. A lot. Because I adore Boston food and miss it terribly.

Therefore, for your reading (and drooling) pleasure, I present to you a short series: Dining in Boston. This is part one – breakfast.

Day One we simply ate the hotel breakfast (Holiday Inn Express) and then shared some Dunkin’ munchkins. Simple.

More importantly, since we were racing the BAA 5K the next day, we needed breakfast for dinner. Brandon found a gem on Beacon Street near the St. Mary’s T stop called the Busy Bee Diner (no site; just trust me on this one). It was fantastic. 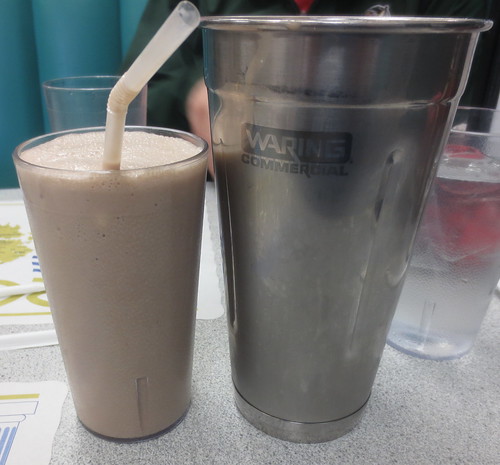 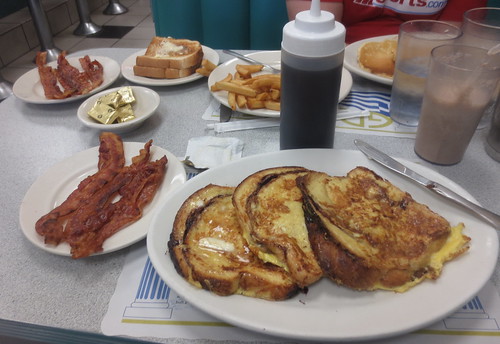 All of the food.

Tasty, delicious, totally Greek. I also have to add that this place made the most perfect over-medium egg I have ever had. Seriously. Over-medium are so hard to get right and the Busy Bee nailed it.

Day Three we headed back to the Busy Bee right as they opened to grab some eggs before the race. Solid move once again.

Day Four we split our morning into two breakfasts. Clearly the way to go. Back in college, I saw this doughnut place called Twin Donuts, but never went. If I had realized how close it actually was, I may have actually gone. 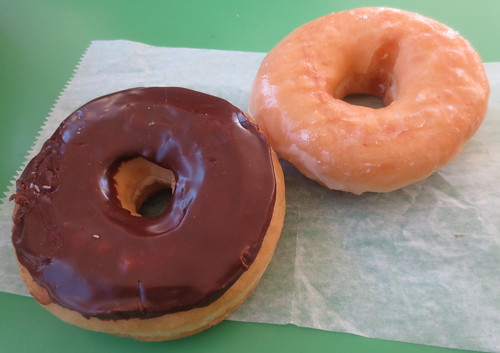 We split a chocolate-frosted (pretty solid) and a honey dip, their version of a glazed, which was outstanding enough to almost want to get another one. 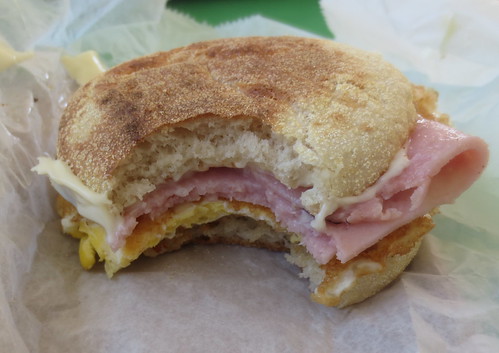 We also split a ham, egg, and cheese breakfast sandwich for some protein. Neither of us was expecting much out of it, but it was really actually pretty good.

From there, we ran down to Starbucks for some coffee (blasphemy in that town, I know) and then busted ass to the hotel to change and head over to Bagelsaurus.

Bagelsaurus was going to be another new Boston experience for both of us. I had read some list about 50 foods in Boston you HAVE to eat blahblahblah and Bagelsaurus caught my eye … and not only because of the name. It’s located in Porter Square, a couple block walk away from the Porter stop on the red line. We got there relatively early on a Sunday morning, but clearly not early enough as we waited in about a 45 minute line to get in. But oh, was it totally worth it. 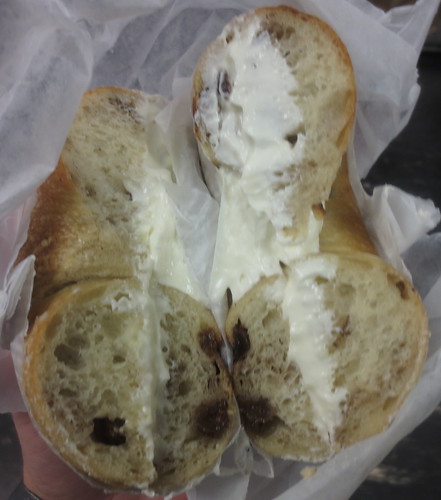 Like at Twin Donut, we split the two things we got. This was a cinnamon raisin bagel with cream cheese. SO. GOOD. 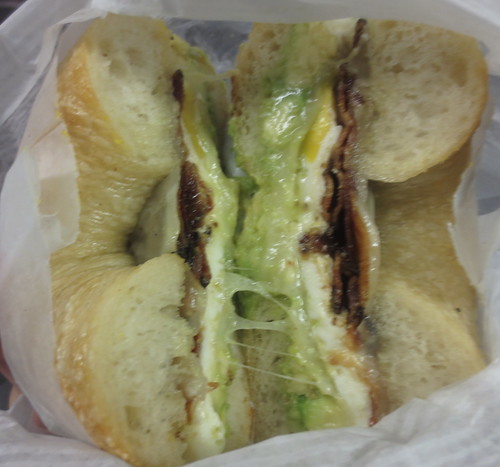 This was the classic jumbo sandwich with added bacon and avocado (so egg, cheddar, mustard butter, bacon, and avocado) on a plain bagel. It was good, but I think I preferred the bagel and cream cheese. Hell, this place had good enough bagels to go back and just snarf one plain, with nothing on it. They were that good.

Day Five we finally ate the buffet at our hotel (Holiday Inn Brookline) and Day Six was back to T. Anthony’s, this time for their French toast, which was as good as I remember it being back in college.