Disturbed is a band that the husband has loved for years and has always wanted to see live. We learned that they were touring again this year and were going to be at Red Rocks Amphitheatre the day before his birthday. Clearly we needed to go. As with most stupid Red Rocks shows, it was “sold out” (except for VIP packages), but B really wanted to go, so he sucked it up and paid for the VIP.

(Which, for this show, the “cheap” level included early entrance to the venue, a guaranteed seat within the first several rows, a lanyard, a cinch sack, a signed poster, and a bandanna.)

The first act was Saint Asonia, whom we had never heard of. Turns out, they’re compiled of a few members from other bands who formed their own group. The lead singer, for example, is Adam Gontier, formerly of Three Days Grace. I enjoyed their stuff but much like Insomnium, unfortunately (?), they’re a much better live act than they are recorded. Sad day. 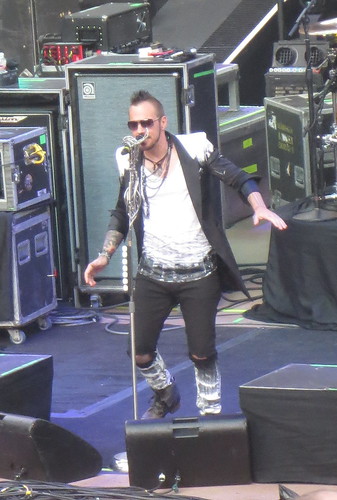 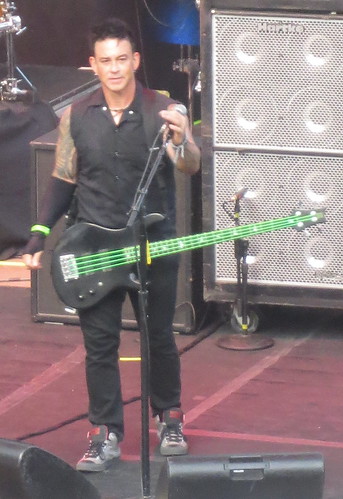 Next up was Alter Bridge. They were … okay. Wasn’t too impressed by them, to be honest. Neither was B. 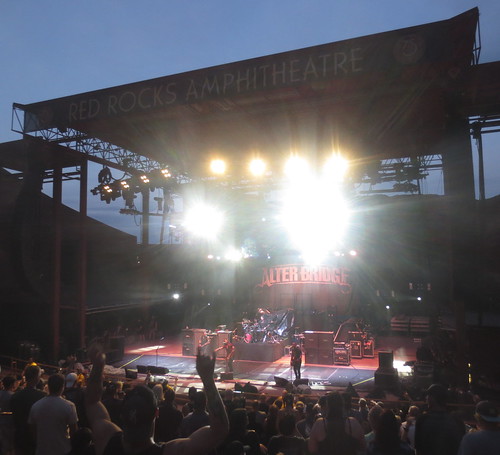 This was actually a double-headliner show, with Breaking Benjamin as the other main act. If you recall, we also saw them last Halloween. The set list was similar to that show, but it was equally awesome. These guys put on such a good show; they are a pleasure to see live. 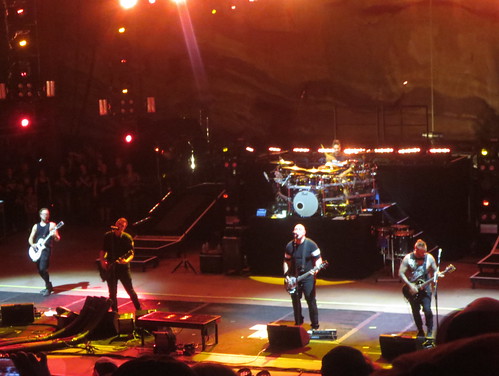 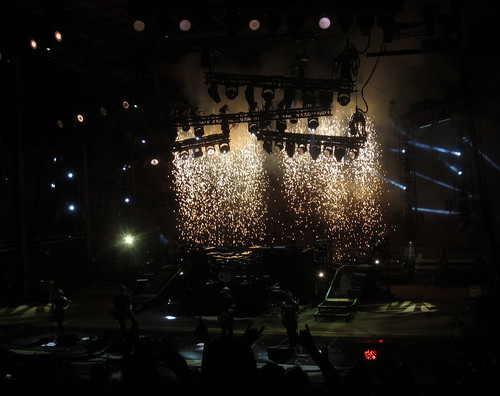 Finally, Disturbed. You could tell they had taken several years off from touring, as they just felt “off,” so to speak. B agreed on me with that one. That didn’t mean it wasn’t an awesome show, however. Their cover of “Sound of Silence” with the rocks all around? Amazing. 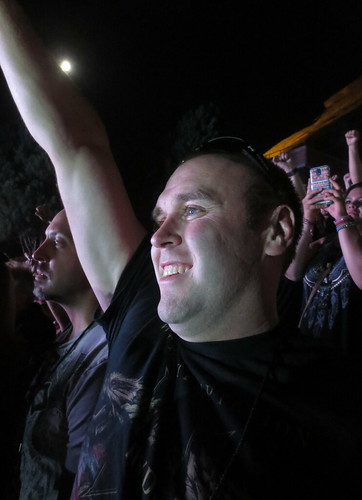 Husband is so happy. 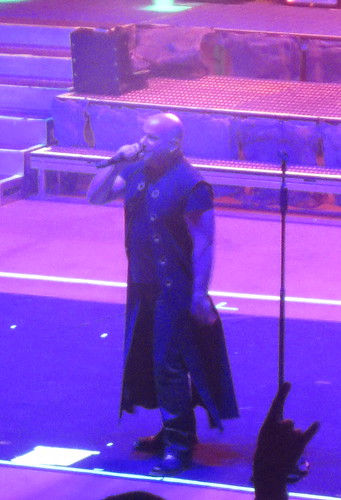 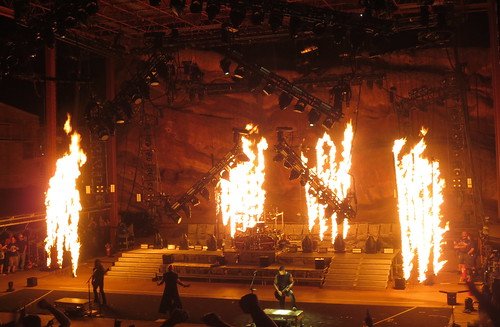 All in all, a decent show and definitely a good one for B’s first one at Red Rocks. Plus, although it sprinkled (it’s not really a true Red Rocks show unless you get rained on at least once), the weather actually cooperated which was even better.