If you’re familiar with the blog, you probably know that I went to school in Boston. You might not know that the husband went to school up in Grand Forks, N.D. I’ve been up there once – back in 2011 for a night, and that night wasn’t even planned – but it was a tiny little trip.

B has wanted me to see a game up at his school pretty much since we’ve been together, so we finally committed to it. And, because we’re ridiculous, of course we went in the middle of winter. Duh.

Anyway, flights in and out of GFK were terrible and they weren’t much better going through Fargo, so we decided to just go to MSP and rent a car. 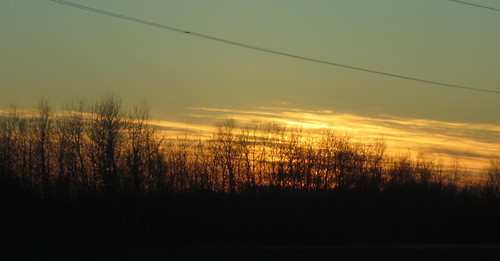 We rolled into the Forks around 8pm and too late to do B’s original dinner plan, so we just grabbed a pizza and had a hotel picnic, because that’s sometimes what love and marriage is. 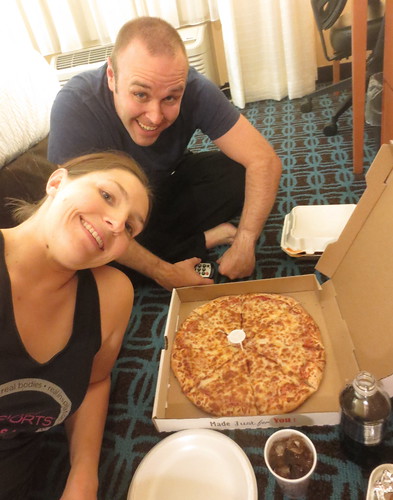 (Clearly we also got in too late for me to even think about blogging here.)

Most of Friday morning was spent at the gym. After lunch, we headed over to the UND bookstore and to check out the Ralph Englestad Arena while it was still quiet (so well before game time). 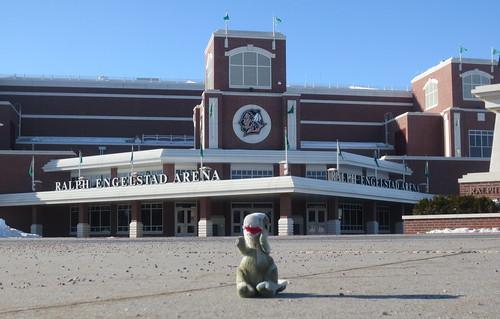 Ivan the UND fan outside the arena. 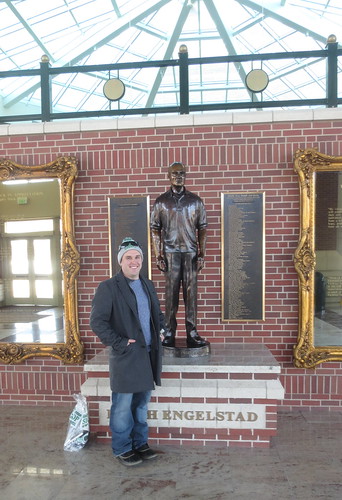 Later that night, I got to go to my first UND game IN North Dakota. The Ralph – palace on the prairie – is definitely amazing. Marble, leather … you can see why Fighting Hawks fans get spoiled. It’s nicer than some NHL arenas. 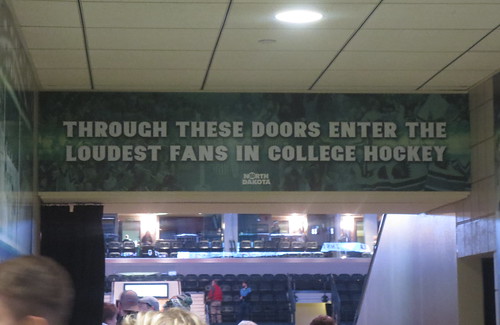 I will say I was a bit disappointed with the fans; I know how loud UND fans can be. This weekend though? Fail. My team’s fans are so much better (and B agrees with me on this). It also didn’t help that the team played like poo and (rightfully) lost to St. Cloud State. 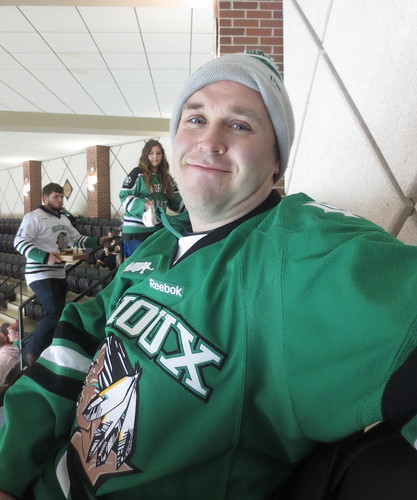 Still happy to be back in the Forks.

Saturday was a cold, snowy, gloomy day (more typical!). We went to the gym in the morning (I’m in the middle of a swim streak), grabbed a snack, and then B took me on a running tour of his campus. I only had my phone so I really didn’t get too many pictures. After we finished the run, I got to see a bit of the aviation buildings he spent a lot of his time in and probably my favorite part of campus. 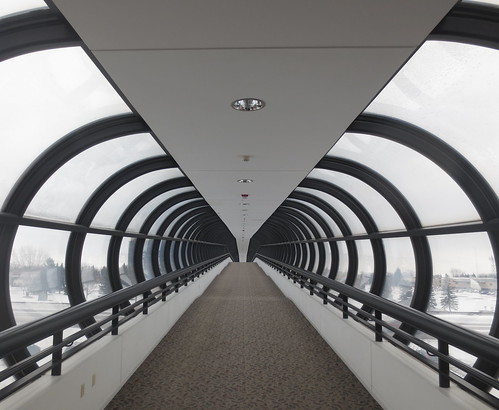 As B calls them, “gerbil tubes.” Since North Dakota gets ass ridiculously cold, they have tubes and tunnels connecting good chunks of campus. 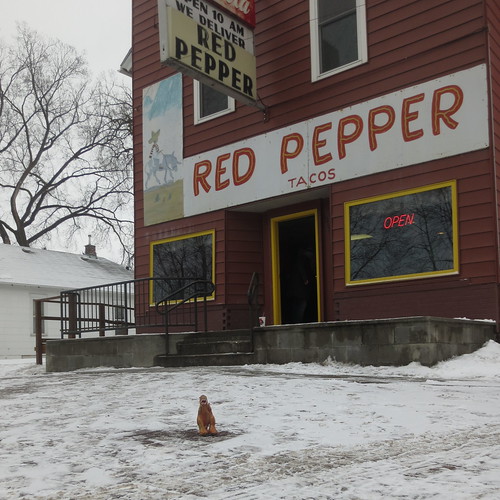 Nelson in front of his favorite Grand Forks restaurant, the Red Pepper. 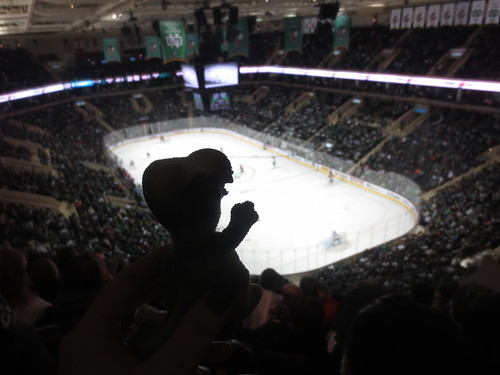 Ivan at the game.

Quick trip, not a lot done (gym, hockey, the mall for the walk down memory lane), but it was wonderful to get to experience Grand Forks the way my husband did back in his college days.

I’ll go into more detail on what we ate on Thursday!