Yep. Thanks to B getting a job with an ACTUAL airline (a mainline carrier as opposed to a regional), he let me quit my soul-sucking barista job so I could finally free myself from customer service hell. My CS shelf life? Waaaaay overdue.

Cinco de Mayo was officially my last day with the company and while it was bittersweet in some respects, I have no regrets about leaving. None. 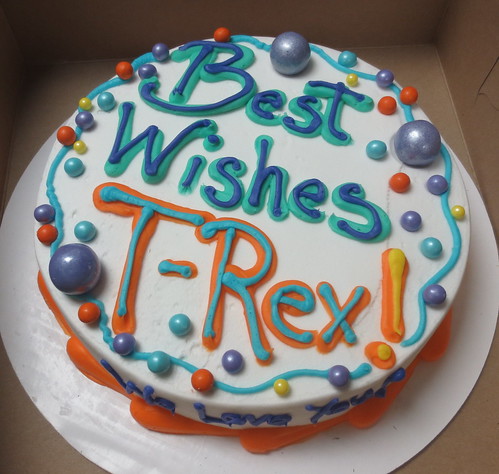 I was in theory supposed to do a race that weekend, but since I had taken a good chunk of the spring off due to mental health AND B had a Boston overnight … I decided to join him in Boston instead and then go back to L.A. with him to play for a day. Since I could now do such crazy things.

My original plan was to take a red-eye from DEN to JFK Friday night and then catch an early flight from JFK to BOS Saturday morning. Well, all of the latter flights filled up for whatever reason and then my red-eye got delayed … so I left the next day and connected through MSP. Whatever.

I landed in Boston, dumped off my bag at B’s hotel (he wasn’t getting in until much later that night), and immediately met up with one of my old college roommates, Courtney. We hung out for a while before parting ways. I headed down into the city and had quite possibly the worst lobster roll ever (somewhere in Quincy Market. I don’t even recall which stand). 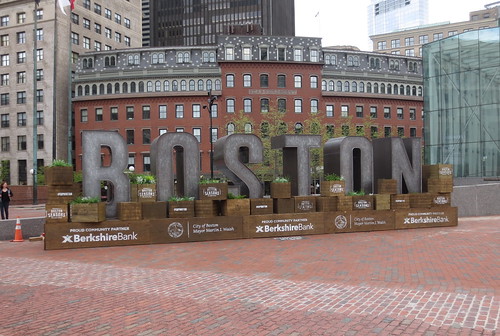 No lobster roll picture, but found this in City Hall Plaza.

I felt so gross afterward that I headed back to the hotel to sit and read for a little while. My stomach settled enough around 7ish that I felt comfortable heading back out for some dinner. Nostalgia directed me straight back to campus. 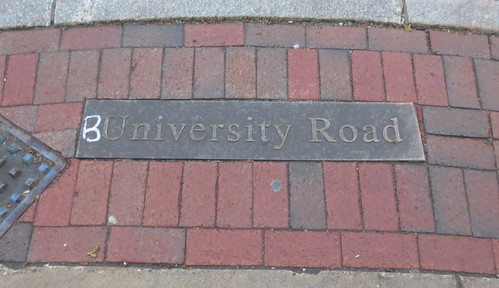 Heh. My kind of graffiti. 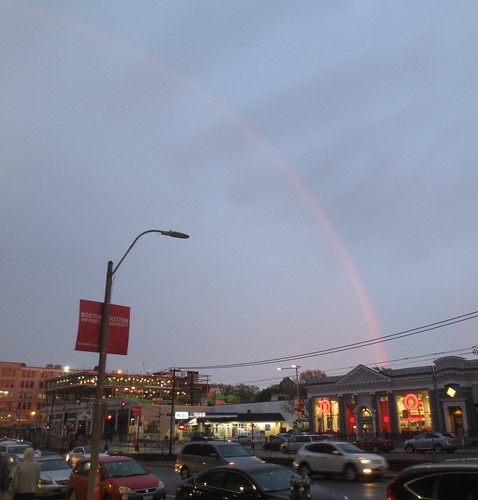 I can fully believe that Target can be the pot of gold at the end of a rainbow.

Thai fried rice (and a glass of wine) at Brown Sugar Cafe was awesome on my nearly empty stomach (hadn’t eaten much all day). I felt enough belly space to hop across the street to T. Anthony’s for a slice – where my boy Paul STILL recognizes me, 12 years post-graduation – and then a few doors down to Angora for the best fro-yo on the planet.

That took up enough time for me to get back to the hotel and read a bit more before B’s flight got in. He got in and I got to finally get some WONDERFUL SLEEP.

(I hadn’t gotten a lot of sleep the few days previous.)

Sunday morning, we tried breakfast at some place on Boylston – I don’t recall the name – that had apparently just started a breakfast service. They need to improve on it, for it was highly mediocre. We were considering going for a run after that, but since it was gorgeous out – that weekend was the one sunny spot in Boston in like two weeks – we decided to just put on our shoes and walk around the city.

I took him down through Fenway to the Back Bay Fens, part of the Emerald Necklace. I’d talked about going down there back in school, but had never taken him there, so we did that. We then stopped at the BU Bookstore just because and obviously I walked out of there with some stuff! I found a pair of capris on clearance (workout capris for $30? Yes please!) and a wonderful comfy new Under Armour hoodie while B found a new pair of workout shorts. After that, we strolled downtown where I got to redeem my lobster roll disaster from the previous day at James Hook and Co. 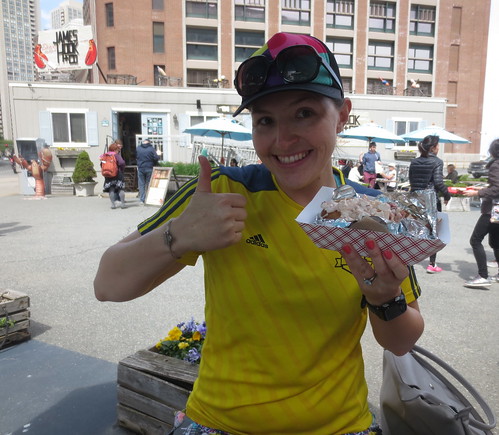 We were hoping to meet up with our friend Ann at some point, but unfortunately, it was not meant to be. So, we went back to the hotel to shower and pack up. I decided to leave before B and get to the airport a bit earlier just in case. 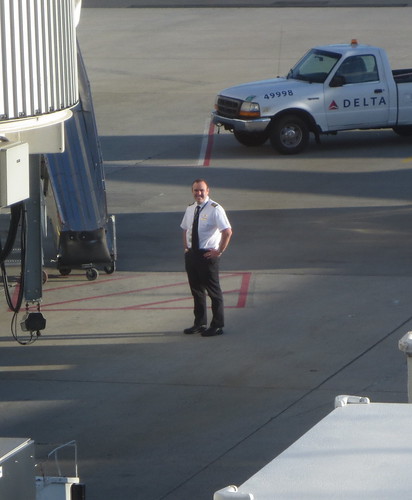 Unfortunately, the BOS-LAX flight he was flying was oversold, so guess who got to stay behind? 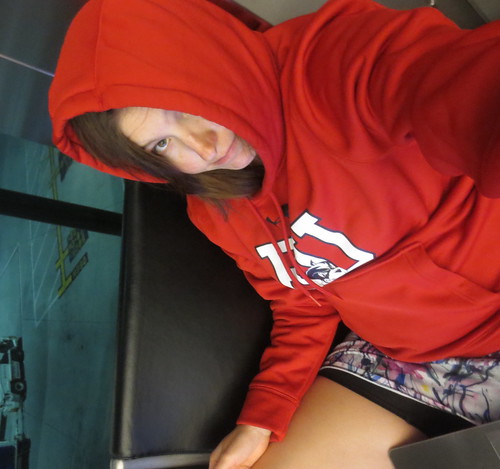 B offered to get me a hotel, but I just didn’t want to deal with it. I treated myself to a ridiculously expensive dinner at the Legal’s Test Kitchen in the airport (chowder, a glass of Pinot Noir, and one of my top-three lobster rolls) before attempting to settle in for the night.

Except apparently Logan doesn’t let you sleep in the concourses; no, it kicks you out pre-security. I went from a quiet, cozy, carpeted corner to a cold, noisy, tiled floor that was being cleaned for seriously two hours. Or so it felt like. Needless to say, I didn’t get much sleep. I managed an hour before I got booted out, maybe another broken 90 minutes on the tile, and then about 75 minutes at what I thought was going to be my gate once I went back through security at 4:15am.

Luckily, I made the morning LAX flight just fine, watching “Moana” and “Hidden Figures” on the way, being crowded in my middle seat by two manspreaders stealing the armrests.

B had rented a car, so he picked me up at LAX and took me to see his crash pad there (also so I could change). I inadvertently passed out for about an hour while he booked us a hotel room for the night. I woke up, changed, we headed off to our hotel, and then went to the Strand and rented cruiser bikes. 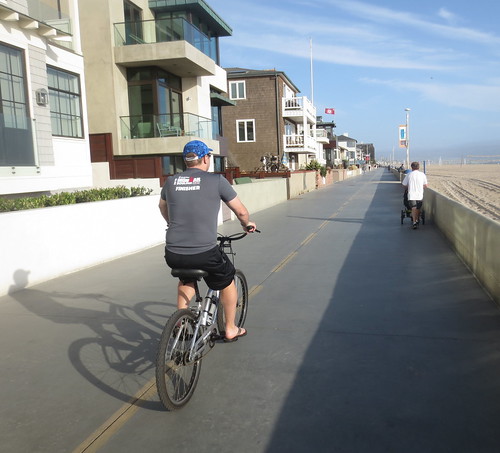 B biking the Strand. 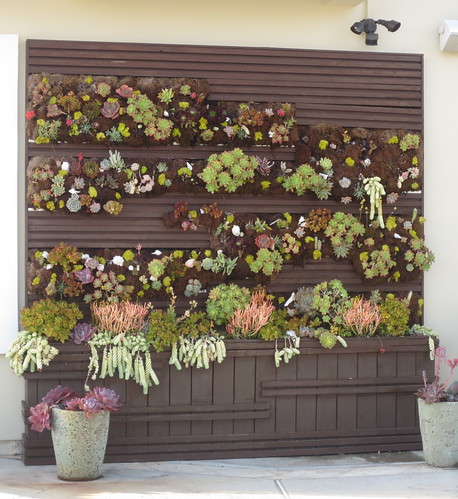 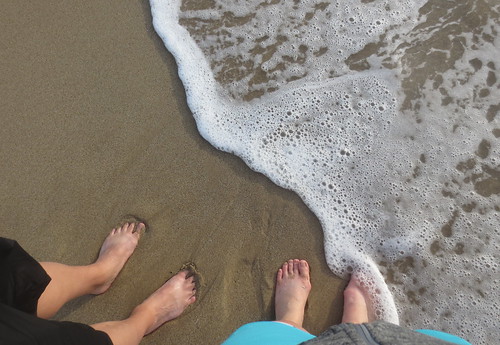 Toes in the sand.

We went back home the next morning. Although it included not a lot of sleep and had a lot of stress, it was a wonderful mini trip to celebrate my “retirement” from coffee slinging.