I’ve written about the Minnesota State Fair a few times (most notably last year, when it got its own post), but as we like to go most years … you get another one!

We snuck in for the day – left Denver at 6am and left Minneapolis about 12 hours later. A car was rented, street parking was found, and enough fair food was consumed to make me realize that this is getting harder and harder for my stomach to handle as the years go by. Urp. 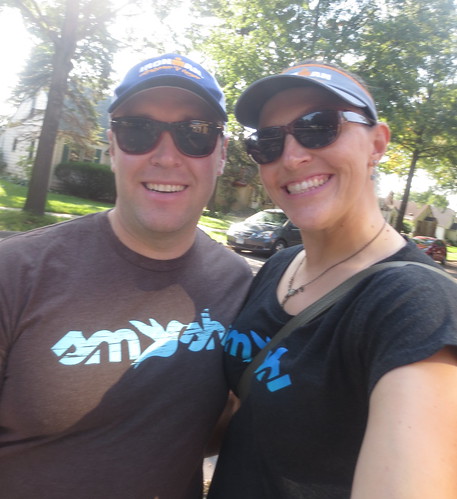 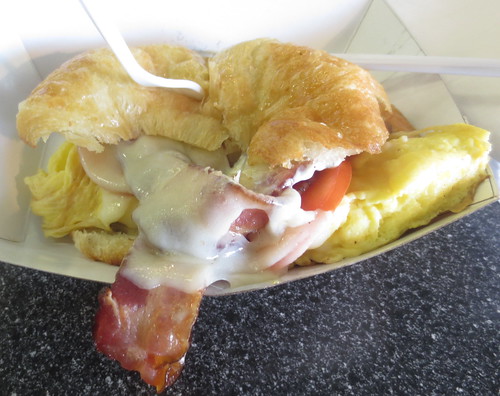 We were starving, and Brandon still wanted something breakfast-y, so we headed over to the French Meadow booth. They sadly got rid of their doughsants (*tear*), so none of that for me, but we did try their breakfast croissant sandwich. It was okay. It tasted good until it didn’t … probably because of the (we think chive) in the eggs.

We headed into the DNR building to look at fishies after that, but it was hard to do as it was super crowded in there. Oh well.

Still hungry, we decided to try one of the foods we discussed last year: a Pronto Pup. 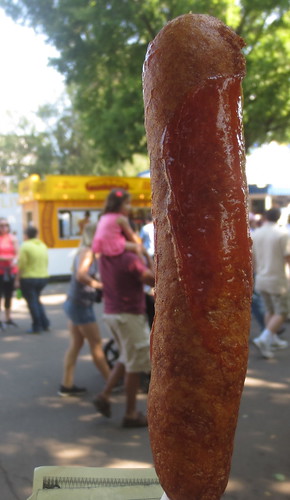 With stands all over the fair, these are some of the most popular corn dogs at the fair, and apparently the ones preferred by adults. Neither of us was impressed (at all), and it prompted us to get better food. 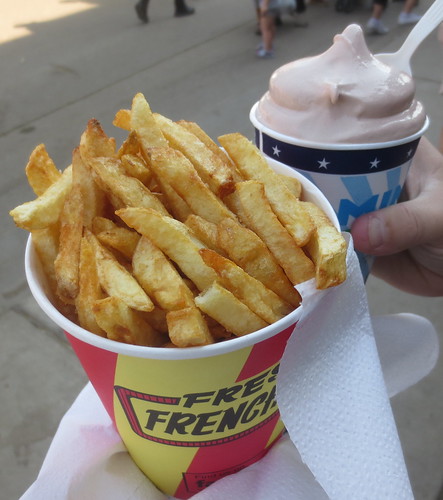 I waited in line to get the Fresh French Fries while B went and got a chocolate milkshake from the Gopher Dairy Bar. This year, both were delicious, but only when combined together for that perfect salty/sweet combination. When each thing was consumed on its own, it didn’t do it.

With that many calories consumed in that short of time … it was time to walk the food off. We looked at a lot of the animals, petting a gorgeous horse (that apparently was a world champion) and laughing at the chickens. And watching a cock fight try to break out (as best as it could despite the fact that all combatants were in separate cages). 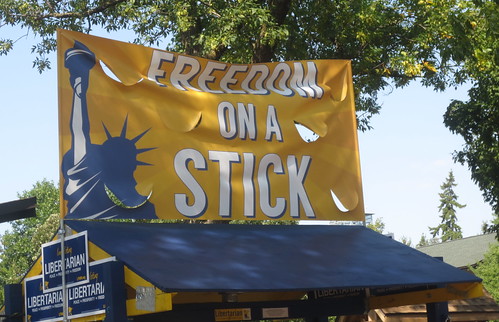 Really enjoyed the Libertarian Party booth and their commitment to the “on a stick” theme that the MN State Fair is known for.

After meandering through the agriculture building and the international bazaar, we decided to try a bit more food. 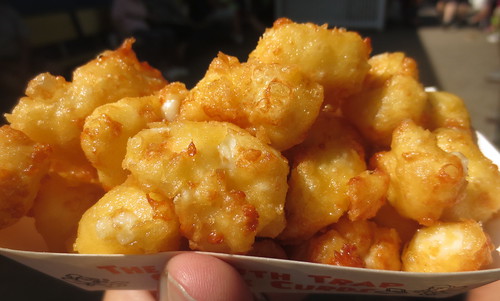 Cheese curds are still the best, though maybe I should avoid the mutant curds that are like three-in-one. I think my heart still hurts from that one.

We sat for a little while after the curds, resting our feet and enjoying the shade. We did eventually get back up and stroll over to the Machinery Hill area of things. I heard that Giggles Campfire Grill had a fish (walleye) sandwich so I sort of wanted to check that out (for the next visit), but the pictures made it look like a thing that I would not be interested in. 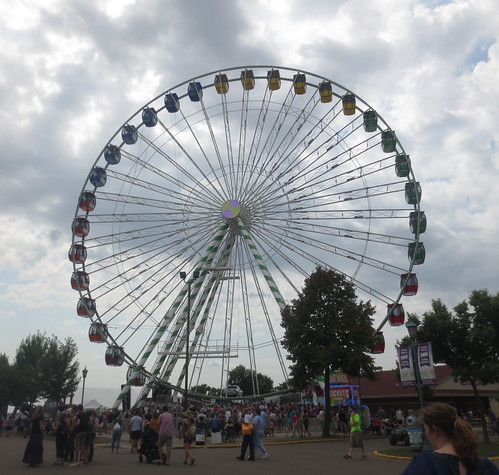 We thought some vegetables would be good to possibly settle things, so our next stop was the corn roast. 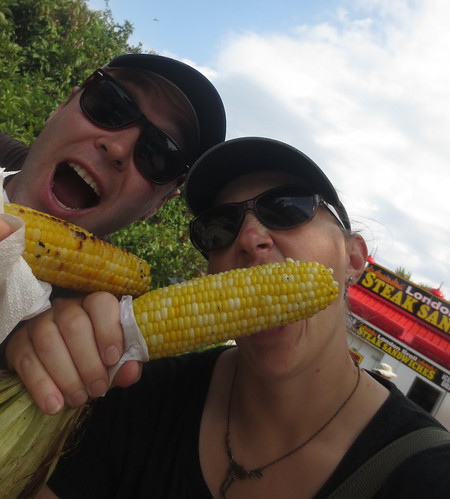 We were planning on splitting an ear of corn like we had split everything else thus far that day, but the guy asked B if he wanted a two-for-one …

The corn weirdly enough worked to settle our stomachs enough (oh, beautiful vitamins) to be able to squash down our last bit of fair food, the Minneapple Pie. 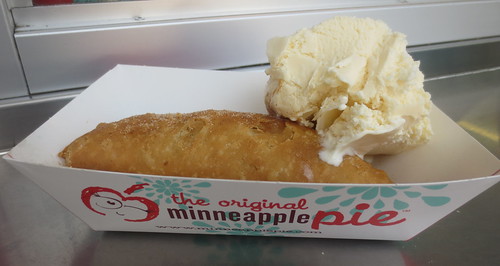 On our way out, we encountered the parade, so we sat and watched it (because we never really do). I snapped only a few photos. 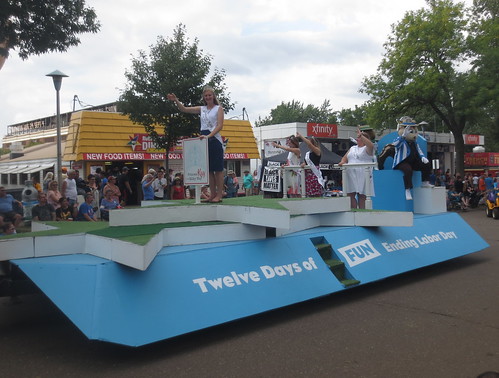 Princess Kay of the Milky Way float (basically a “Miss (teen?) Dairy Farmer” award specifically for the fair. Not sure what her duties are, but she gets her head carved out of butter.). 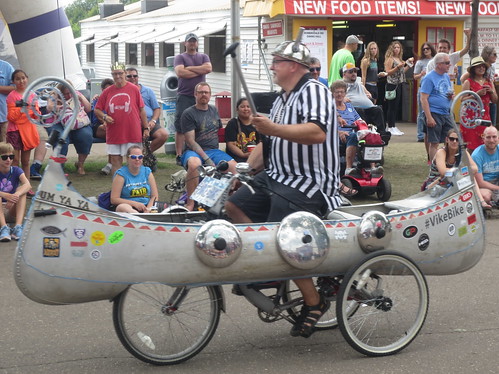 Vike-Bike. This was just too awesome to NOT get a picture of.

Parade done, we left and headed back to our car. With perfect timing, too, as it started raining as we drove off.

A stop at Starbucks for some iced tea and to change, and then back to the airport (where I bought a teensy tiny salad which tasted so dang delicious) to catch a flight back home.

If you’re interested, the fair runs for another few days, through Labor Day.