B and I have been tossing around the idea of seeing Collective Soul for a few years, but just have never bit the bullet on buying tickets. We knew they had a September show coming up, but we just weren’t sure about spending the money. Thankfully, our realtor is awesome and also works for a radio station and was able to get us free tickets.

Which is good, because the show definitely would not have been worth the money.

The show was at the Fillmore Auditorium, the last of the primary Colfax venues that B hadn’t been to and I hadn’t been to a show there since Dream Theater in … 2006, I believe. 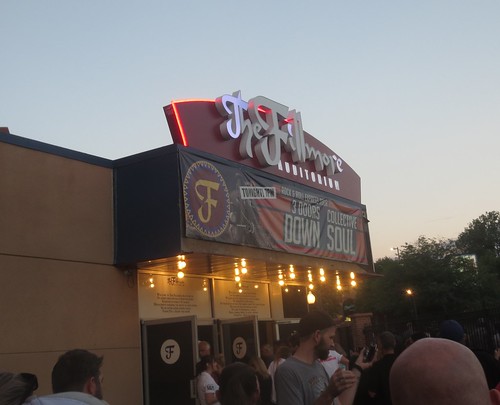 I did forget how cool the Fillmore is as a venue, especially seeing the lights reflect and refract through the chandeliers.

In all honesty and full disclosure, Collective Soul’s lead singer, Ed Roland, was definitely under the weather – with a bug or just a lost voice I’m not sure – and that affected the show quite a bit. 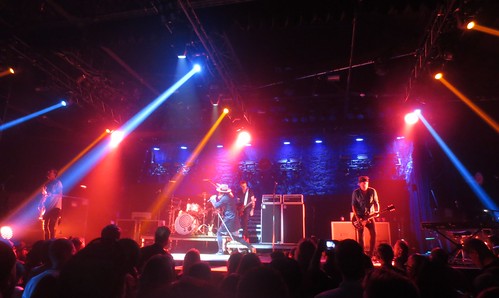 Notes from the show, in bullet point form:

– I guess I didn’t realize how odd Collective Soul was.
– The third song of the set, “Shine,” was almost treated like an encore.
– I do feel like the “cheer for us!” parts were a bit repetitive.
– During “Heavy,” the video screens in the back showed the woman from the Dosage album cover … and her eyes opened and looked around and it was SUPER CREEPY and something I probably would have been totally fine never seeing ever in my life.
– “Better Now” was also super long (like “Shine”) which seemed weird …
– … but if you take them in the context of a jam band, it makes a lot more sense. I just never thought of Collective Soul as a jam band.
– “December” (my favorite Collective song) was awesome … EXCEPT for the fact that they didn’t sing the BEST PART (the almost background “December promise you gave unto me/December whispers of treachery/December clouds are now covering me/December songs no longer I sing”) which was tragic.
– “The World I Know,” with images of New York City on the video boards, made me cry ridiculously. Silly show on 9/11 …
– Late in the show, Ed admitted that he was struggling a lot and that they were going to edit the set list some … which meant that the ending was highly anticlimactic. They probably lost track of their stage time which is why, but given the length of “Shine” and “Better Now,” I was expecting a great finale and instead, the show just abruptly ended.

Next up was 3 Doors Down. I owned their first album waaaaaay back in the day but they were definitely a group that I never thought I would ever see. 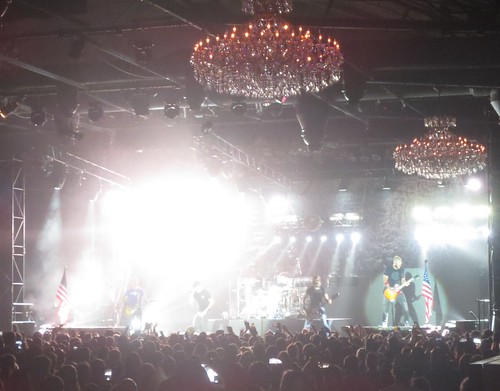 And again, I’ll do thoughts in bullet point form:

– I enjoyed the American flags on stage. I’m not sure if that’s something they do all the time or if it was just for 9/11, but I appreciated the touch.
– They weren’t particularly bad, but they weren’t really *good* either.
– The drummer was behind plexiglas … something I haven’t seen since the drummer of Within Temptation.
– They definitely sound better on CD than live. That being said, live or on album … everything still kinda sounds the same.
– I appreciated them thanking us after every song, but more/different crowd interaction would have been nicer.
– We skipped out on the encore because we are old AF.

I felt a little detached throughout most of the concert … more like I was observing as opposed to being a part of it (like at, say, Shinedown), which was super weird for me. Speaking of Shinedown, it makes me really appreciate how some bands are good at getting a crowd going AND it also makes me understand the obnoxiousness that was Brent Smith’s “you’re down here and I need you up here” volume crap back in 2013 now … even as it makes me roll my eyes.

Also, in terms of a 90s throwback tour … I thought the Under the Sun tour (with Sugar Ray, Better Than Ezra, Uncle Kracker, and Eve6 (even though Uncle Kracker was SO TERRIBLE)) was so much better.

And, as a final note … people seriously need to stop fucking FB or IG live-ing during shows because HOLY GOD is it annoying. And seriously, you have one or two people watching; is it worth it? And if your excuse is you want it for later … you don’t have to live it then! Bands tour because it is their best way of making money these days and you essentially making a bootleg can in theory hurt their bottom line.