Although I really haven’t blogged about it much, we’re still doing our monthly date nights. Not all of them have been super exciting (a lot of times it’s just dinner … and even if it’s a new place I haven’t always wanted to write about it). However, this month we decided to really change it up and do tea at the Brown Palace Hotel.

The Brown is one of the oldest hotels in Denver (if not the oldest), built in 1892. They also do a high tea during the afternoons from 12-4. I’ve done it a few times, but the last time was over a decade ago for a friend’s birthday.

I’ve talked about it, and B wanted to do it … but it was hard for us to commit to as you typically have to make your reservation for tea months out and with his schedule, that isn’t easy. However, once he got his March schedule, we chatted about it, and they had spots open. So, we went yesterday. 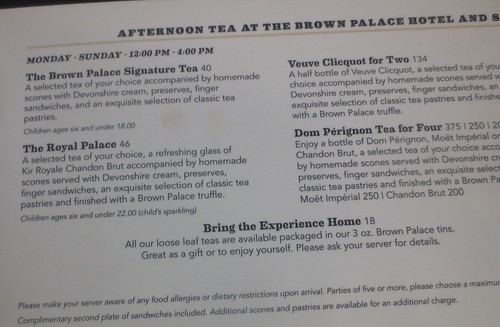 We just did the signature tea, as neither of us wanted alcohol. You get to choose your type of tea; I chose a black while B chose a green. Unfortunately, I can’t recall which flavors we got and the menu online doesn’t match yesterday’s. Both, however, were delicious. 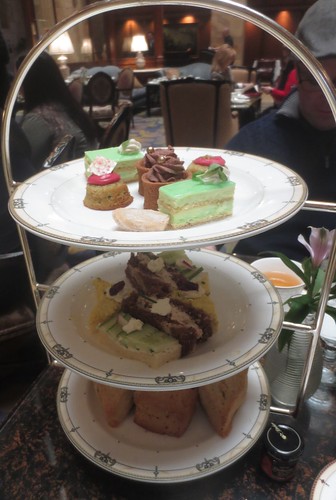 Bottom level: scones. We had a buttermilk and a coconut and we loved both of them. The Brown imports their Devonshire cream from England and it is very tasty.

Middle level: sandwiches. Your typical cucumber sandwich (yum), a chicken salad on rye (okay), and a curry egg salad (not bad, but you definitely taste the curry). 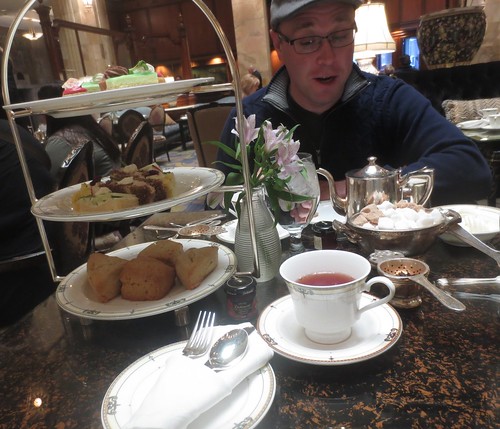 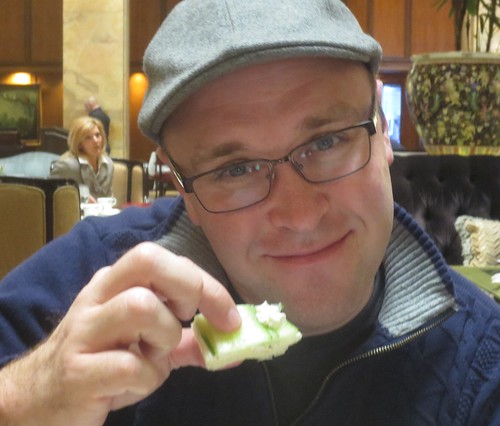 You can get extra sandwiches, so we just got more of the cucumber ones. 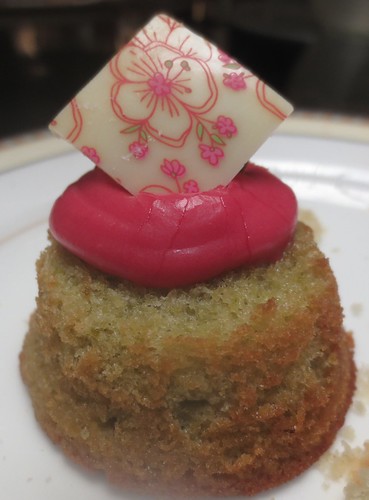 A close up of the raspberry dessert. It was pretty.

Tea at the Brown is definitely a fun experience, albeit a pricey one. I wouldn’t recommend it as something to do super frequently, but it is worth doing.