We’re in the midst of Denver Restaurant Week right now (ends Sunday! … I think …) and we once again participated. We’ve been doing our best to try new places and we FINALLY made it to Elway’s.

As steakhouses are stupid expensive, DRW is a great way to try them (like we did Shanahan’s two years ago and Eddie Merlot (though I didn’t blog about it) last year).

Elway’s is a place we’ve been talking about trying for years, but we haven’t either because the menu didn’t look that great or … whatever. But this year … we went.

The actual menu at the restaurant was a bit different than what was shown online, so beware if you choose restaurants this way. 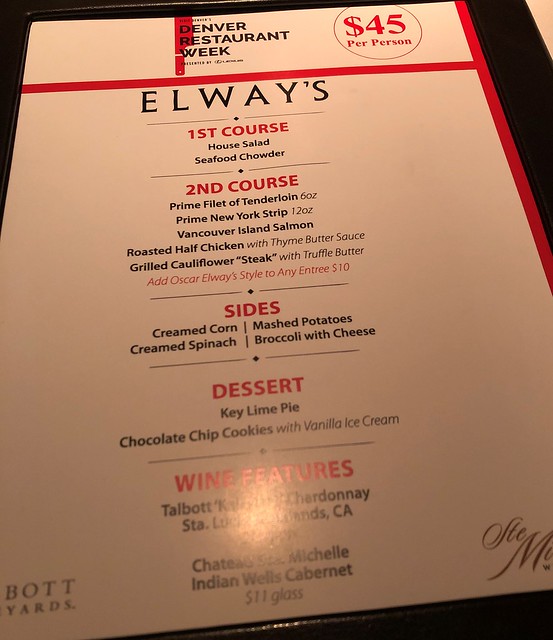 Internet had fries as a side. And different salad options.

We each had a drink – B had their version of an Old-Fashioned and I had the special Cabernet listed at the bottom of the menu (wasn’t bad).

We also each basically chose the same thing – house salad, the 6 oz filet, broccoli – with differing desserts. We also added on a baked potato for carbs … and because restaurant mashed potatoes never come close to what I can do at home. 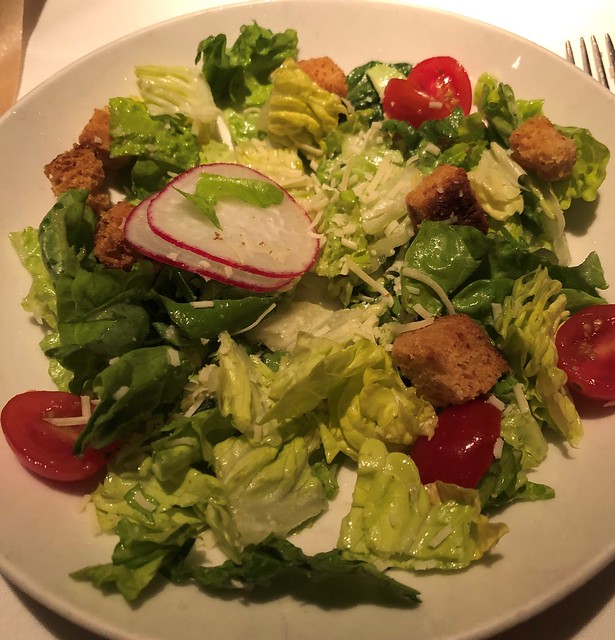 The house salad. Standard, basic. Dressing was possibly a bit too acidic, but still good. Whatever, it’s a salad. 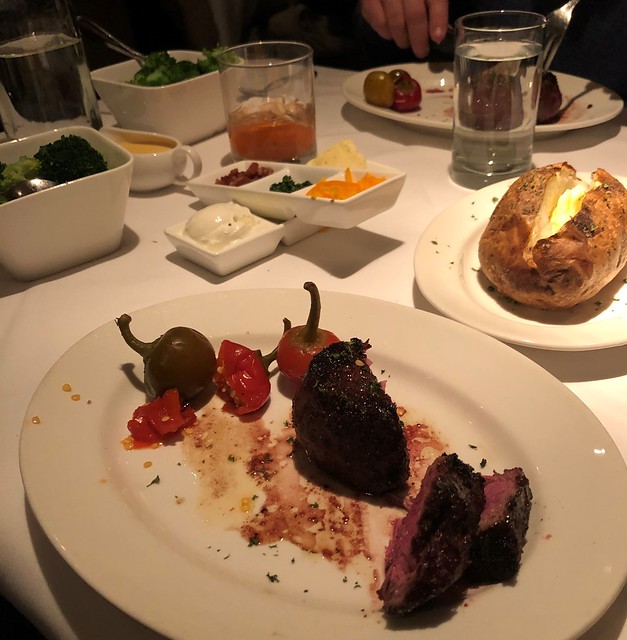 I had already chopped into my filet when I remembered crap, photo. Filet was DELICIOUS. We’ve definitely been to steakhouses where the steak is not great quality (I’m looking at you, Prime Bellagio), but this? This was tasty. The peppers that came with it were a bit weird, but eh. The broccoli with cheese sauce was good, but nothing special; the broccoli was just plain steamed broccoli with no seasoning, so it needed the cheese sauce. The baked potato with all the various toppings was pretty dang tasty. I was a fan. 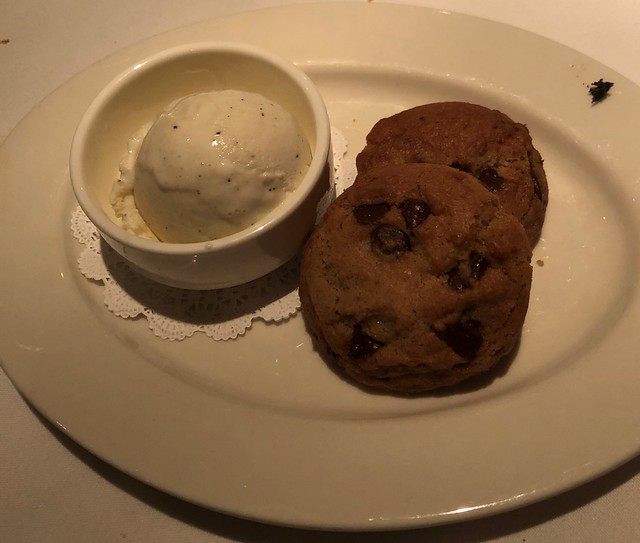 Dessert. B had the key lime pie (which I don’t like) and said it was okay – not good, not bad, just there. As for me … the vanilla bean ice cream was good. The cookies weren’t warm (fail), but the chips were still kinda gooey, so they get a pass. Not the best cookie dessert I’ve had in Denver, but it was honestly kinda up there.

Will we go back (not for DRW)? The steak was good, but I don’t know if it was THAT good. So maybe? But knowing us, honestly probably not.

(Also of note: we went to the Cherry Creek location, since there are a few around town.)

the cold, chill, biting wind
snow falls,
day in, day out
sometimes a little
sometimes a lot
a break here and there
(much less than normal)
a sunny day spoiled
the very next with a deep descent into the
frigid
it wears on a person.
where is my sun?
waiting for the warmth
of a nice spring day
waiting for the moment,
feeling a breeze, when suddenly,
it’s gone
the bite disappears and you
know, you just
know
the long hard winter is
(at least mostly)
over
and sunshine and flowers and
new life can abound
once again.
until then …
brr.
.
.
.
.
.
.
.
.
.
february blues, 2.25.20