rapidly spreading
dangerous
keep yourself isolated
keep positive
proper distance
breathe
(try to remember to do that)
(even though it’s hard)
(oh so very very hard)
keep hope in the forefront
and fear in the rear view
and maybe
just maybe
we’ll get through this.
and oh –
if you thought i was speaking of the virus –
you would be wrong.
i meant the
news.
.
.
.
.
.
.
.
.
.
musings on the zombie apocalypse, 3.22.20

I probably haven’t mentioned him here, but my favorite professor in college was the late, great Jack Falla. I took two of his classes and he helped me get my first paid journalism job after school (a paid internship with USA Hockey Magazine). When I donated my tiny bit as I graduated, I did it in his honor. We emailed regularly between graduation and his passing, and I helped him with some research for his novel, Saved (in which I actually am in the acknowledgement section. I’m also very fortunate to still have a rough draft of the novel as well. One of those things I will save in a fire).

Anyway, if you took his class in college, you got a recipe of his. 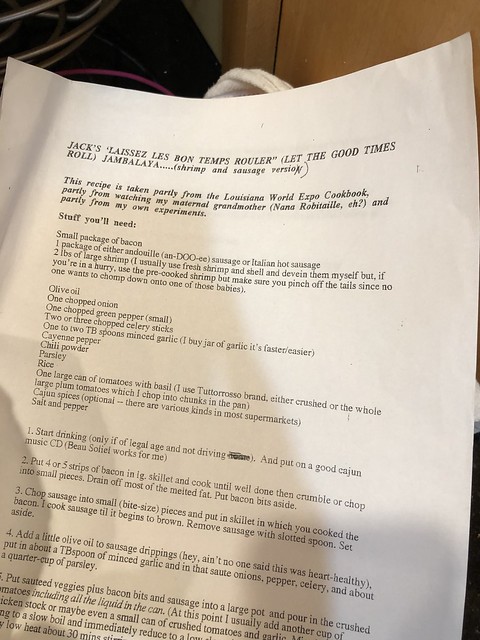 Some kids, after no longer having him as a professor, got to eat this jambalaya with Jack at his house in Natick after skating on his very famous backyard rink, the Bacon Street Omni. I regret that I was unable to ever make this happen.

I have held on to that recipe for 16 years and have never made it.

I’ve never been the most adventurous person when it comes to food, although I have gotten a lot better over the past decade or so. I am also NOT a person who loves spicy food, and this recipe has some spice in it.

However – and I don’t know what prompted it this year – I finally decided to give it a whirl. 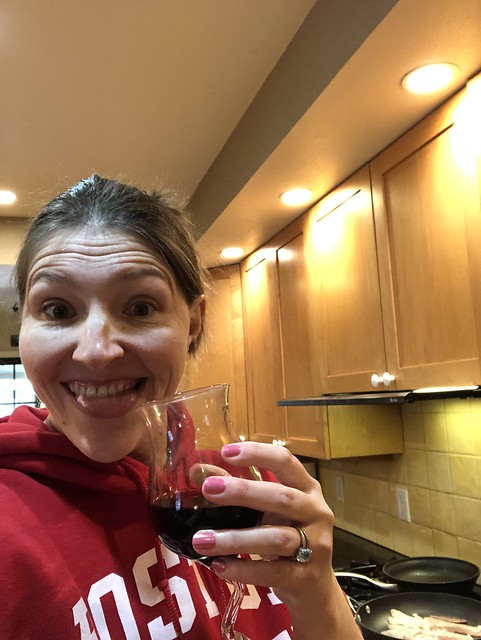 Wearing a BU sweatshirt, I followed the first instructions of “Start drinking (only if legal age and not driving). And put on a good cajun music CD (Beau Soleil works for me)” … except I threw on the BeauSoleil Pandora station.

I’ve never cooked to music, though I know many who do so regularly, and it made me think it’s something I need to do more often.

The recipe is fairly straightforward and was easy to follow. My husband was in love with the smells starting to emanate from our kitchen. 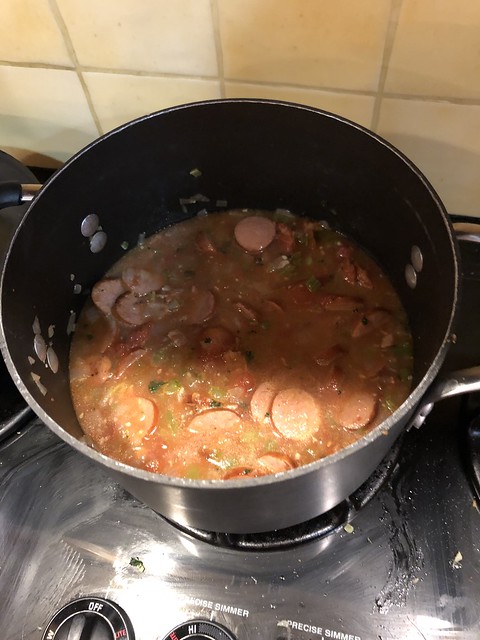 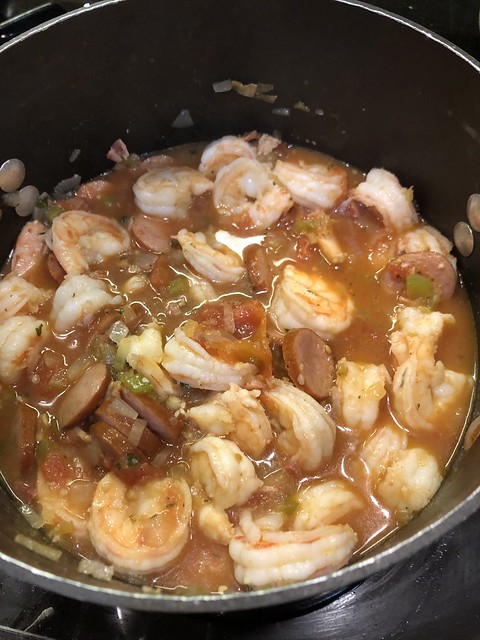 It came together nicely and we were both very excited to dig in. 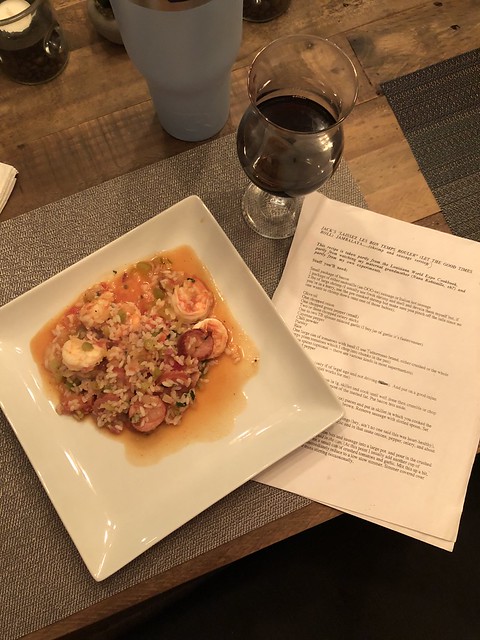 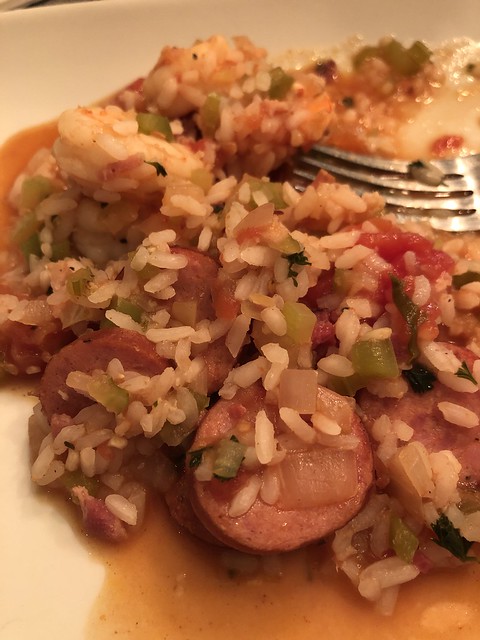 B was regretful Jack wasn’t alive, because I’m sure he’d have made me send off an email, praising this jambalaya to the heavens. I misread a bit of the recipe on the amount of cayenne pepper to add, taking the spice from the hoped-for wussy quantities to somewhere around the realm of what would be (for me) total nuclear.

We had the leftovers next day with some good friends, tossing on Cajun music once more.

I shared that I had made it in an often dormant FB group, “In Memory of Jack Falla.” I think the last post in the group had been on the 10th anniversary of his passing. His son commented, wishing that I could send some on. I replied that if I could do so affordably, I happily would. His response? “I’m sure you would. Just knowing the recipe lives and friends are thinking about him are enough for me.”

The ones we love who have left us are never truly far away as long as we remember them and keep them alive in our memories and our hearts. Jack, I miss you more than I probably should, but I do. Thanks for sharing this gift with us.