This was *technically* a Five Finger Death Punch headliner show, but since both B and I had to be up early the next morning … we skipped out after Shinedown. That, and I heard from my cousin (the one that tours with Papa Roach) that the guys from 5FDP are douches, so y’know. I trust him.

After the amazingness that was the Colorado Springs show, we weren’t expecting as good of a show, particularly given that it was a bigger venue. But, on the off chance we thought it was awesome because we were so close on the floor, I bought us GA floor seats pretty much as soon as tickets went on sale (in fact, I might have even gotten them through a presale).

It thankfully worked out that B was home for the show, sneaking home during a break in Delta training. I ended up having that day off from work, so we woke up, got in a run, and headed to Pepsi Center ass early (doors were at 5/5:30; we got there … before 2pm, I want to say) so we could storm the stage. Quite a few other people had this same idea, but we probably weren’t any worse than maybe 100 people back.

When we were finally allowed in (getting our floor wristbands), Brandon stampeded the stage while I high-tailed it to a pee room. We had been hiking down to the gas station while we waited for snacks, but the gas station that essentially splits the Pepsi Center parking lot doesn’t have a bathroom. No, it has porta-potties outside it … which were so damn disgusting that I just couldn’t.

While wandering about, I was also tasked with finding us food. Hot dog for Brandon and mediocre chicken fingers for me. I miss when food at Pepsi Center used to be good … back in high school …

Brandon, meanwhile, was able to get us essentially second row on the floor. I somehow fought myself, our food, and two waters (not in bottles; opened in cups) to him, aided slightly by concert buddies Brandon had made. We ate our food and I probably pissed more people off by sneaking back through the masses to throw our trash out and then snaked my way BACK. People probably did not like me for this, but eh.

First band to go on was As Lions. I’m pretty sure this was their first ever tour, which, damn, is awesome for them. They were British, but didn’t have that British rock band sound (see: that Springs post linked above).

In any case, the music wasn’t bad and they were highly entertaining. 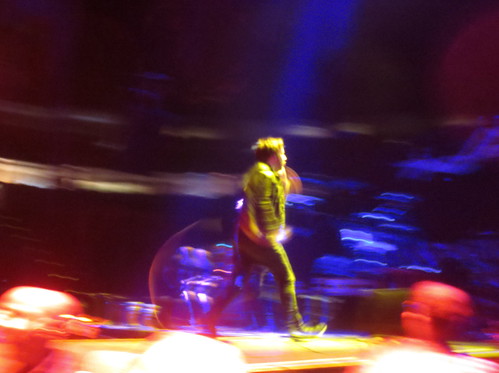 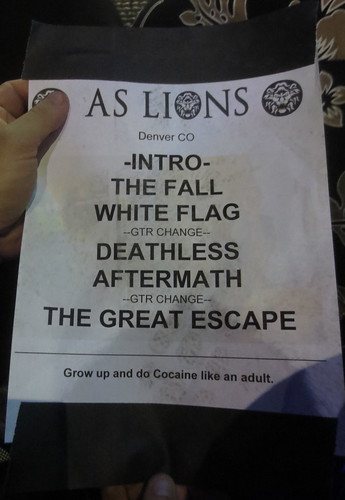 Next was Sixx:A.M., which I had heard a little about. They put on an awesome show – you could tell they have a lot of fun on stage, which I, as a fan, love to see. 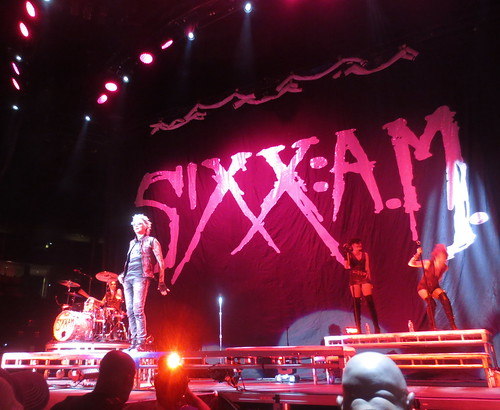 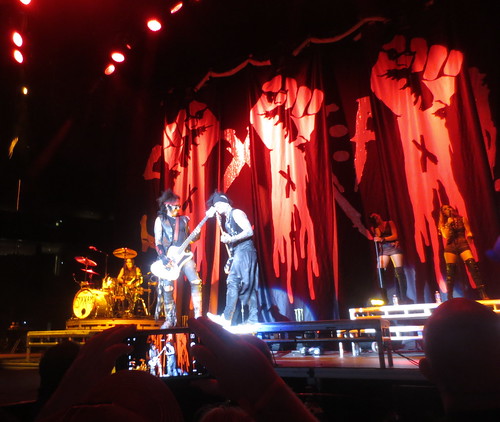 Next up, Shinedown. Firstly, before I get into anything, set list:

Notice song #7 on that list. NOTICE IT. That is probably my all-time favorite Shinedown song that they hardly ever play anymore. But the song went Gold this year after being out in the world for eight years, so maybe that’s why? Or, as I joked to Brandon, “it’s because you yelled “Call Me” and “play Call Me” at the Springs show.” I cried throughout that whole song. And through How Did You Love. 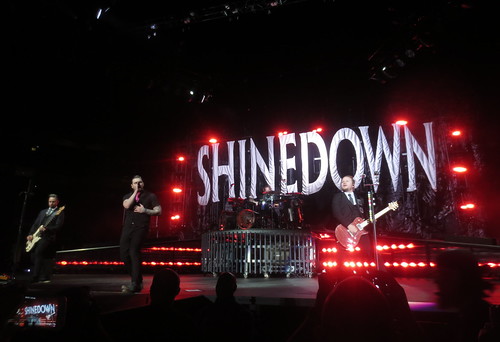 (I didn’t take as many photos this time because I chose to ENJOY the experience, and it was worth it. I also hopped around and danced like a crazy person, which had the happy side effect of making the guy who had seriously creeped up into my personal space back off lest he be elbowed or stomped on.)

– caught three guitar picks. Two different, one the same as one from the Springs show, so we gave the duplicate to our concert friends.

– It was Eric Bass’s birthday, so they brought out a cake and we all got to sing to him. 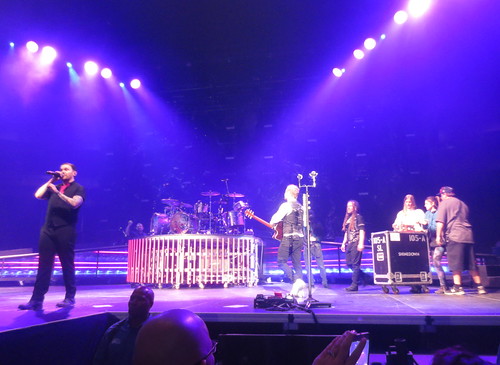 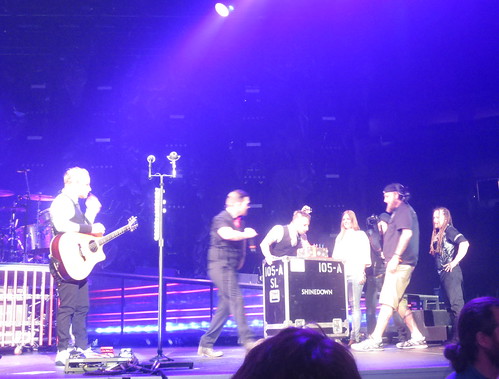 – The crowd test of Brent Smith hopping into the crowd on the West Coast tour must have worked out well as he did it again at Pepsi.

– During the “Simple Man” section, there was a tiny break and I was close enough to Zach Myers to show him the picture of the Germantown Commissary I put on Instagram (that he liked …), zoomed in on the logo … and he saw it and his eyes lit up in recognition and he mouthed, “Hey! That’s my hometown!” Pretty cool. Also pretty sure he attempted to flick guitar picks our way after that …

When wandering for food, I saw a tee that had “Call Me a Sinner, Call Me a Saint” on the back (clearly from “Call Me”) that I kind of just had to buy. And we got a shirt for Brandon, too.

While not as intimate as the Springs show, the guys are starting to show some better personality on tour which makes it that much more fantastic of a show experience. Sure, they do some generic schticks, but when it comes down to it, they just put on a great show.

And it helps when Smith doesn’t do the volume “you’re right here, I need you up here” thing, because damn is that annoying. Not experiencing that again? GLORIOUS.

Shinedown. They’re the best. Go see them. I’m at five times and will happily grow that number.

(Tour still going on now – see if they’re coming to you!)