We woke up fairly early on April 15th and headed over to T. Anthony’s for breakfast (and then to Starbucks for coffee). After breakfast, we went for an easy peasy run around the BU campus and along the Charles River before heading downtown to start our day.

I’m pretty sure (it was two months ago; I can’t quite remember) we took the T down to Copley to meet up and walk with Lindsey for a tiny bit before going our own way. 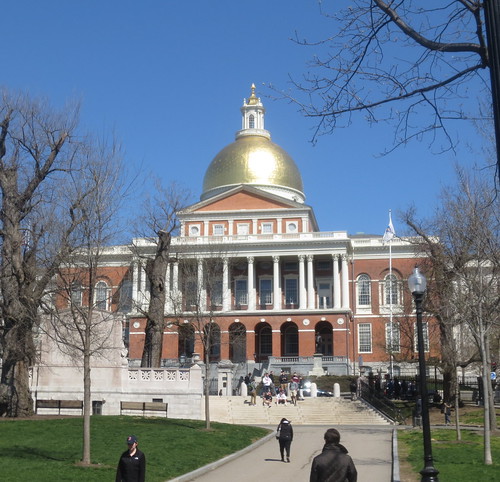 We headed downtown to meet some friends of ours for lunch. We got there a tiny bit early so we split a snack from Au Bon Pain before meeting Norm, Emily, and Ann at Anna’s Taqueria. 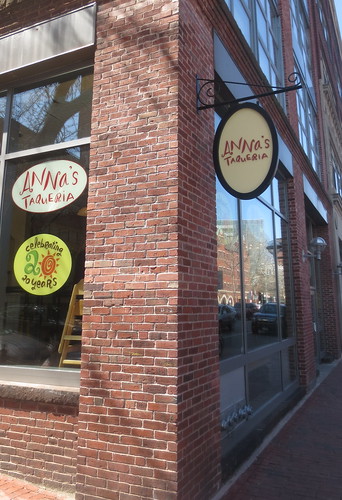 After Anna’s, we essentially walked Ann back to work before heading off to the North End. I had heard about the Boston Skinny House (okay, seen it on Pinterest) and never knew about it before. It’s definitely something you have to be looking for or you won’t see it …

We continued walking through the North End and came upon a memorial garden at the Old North Church. 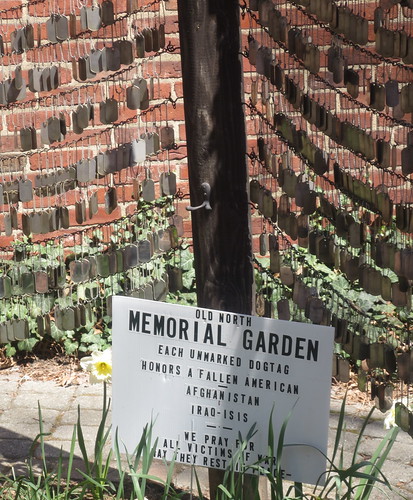 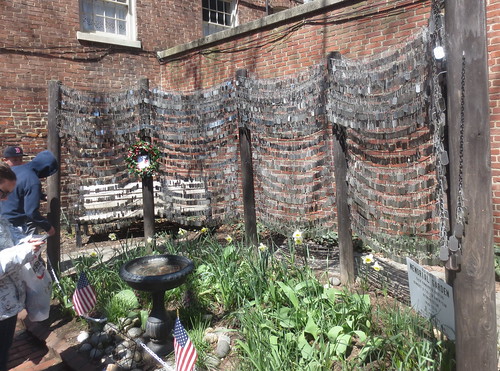 Since we were in the neighborhood, we kind of had to stop and get a cannoli … 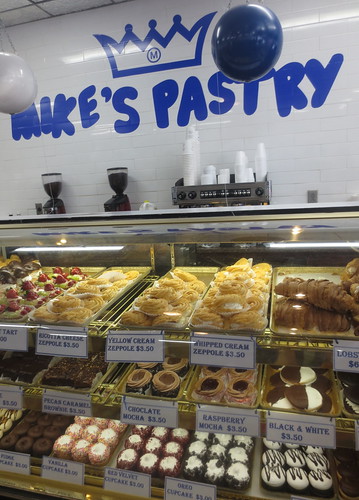 From the North End, we headed toward the waterfront, as Brandon heard from one of the FOs he’d flown with who was a Boston local. Brandon asked if I minded meeting up; I said no, so off to James Hook and Co. we went. 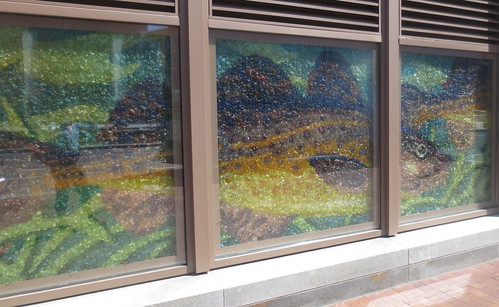 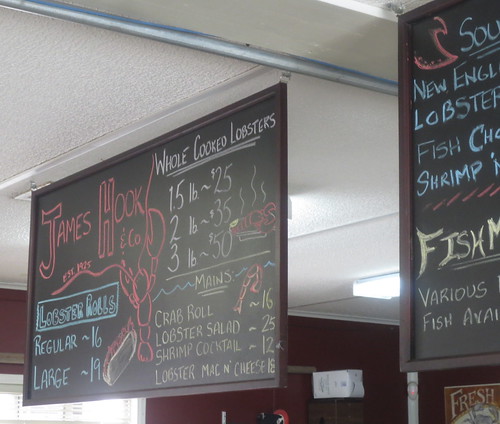 Inside James Hook and Co. 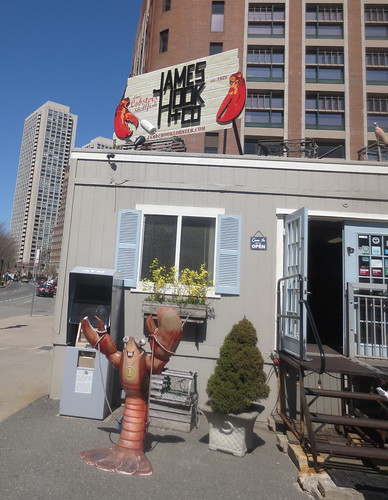 Outside James Hook and Co.

After splitting quite possibly the best lobster roll in Boston and sharing some conversation, it was off to the Barking Crab for, if you remember, some mediocre chowder and a beer. 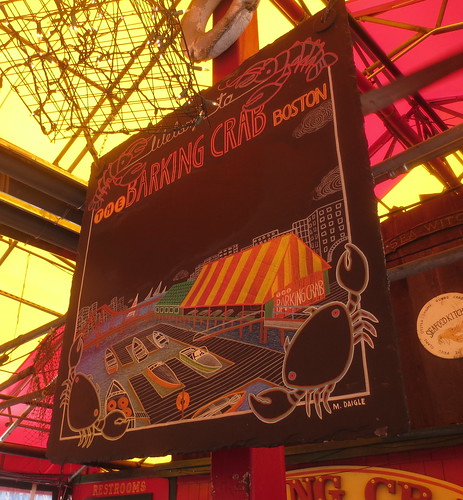 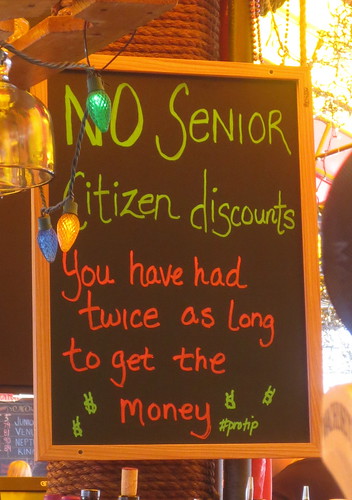 After the Barking Crab, we headed back towards Copley and the Prudential Center to hit up the Marathon expo. We already had our stuff for the 5K, but expos are free and we also wanted to say hi to friends. 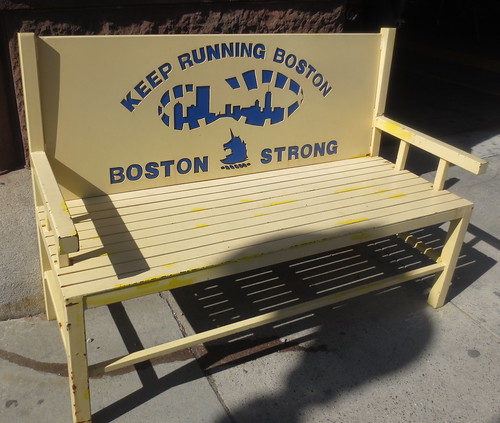 Bench outside the firehouse on Boylston (just around the corner from Mass Ave.). 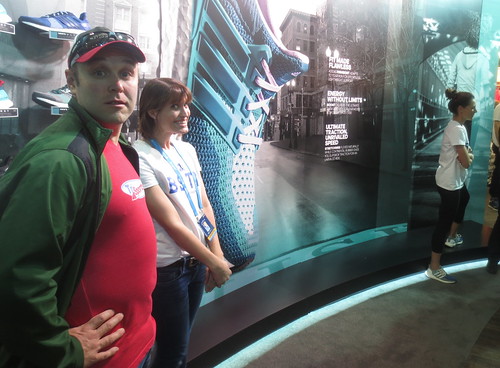 Brandon and Lindsey at the adidas area (with Nic in the far right of the shot).

After the expo (where we found some cheap 2xu socks!), we decided to walk back to the hotel. 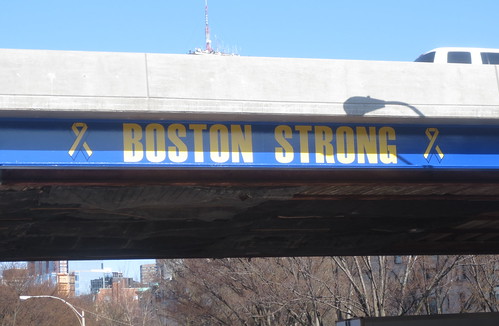 So many memorials (reminders?) still around …

We stopped for a quick snack of veggies and fruit at Whole Foods and wandered back to the hotel for a bit before we went back out for dinner at the Busy Bee. 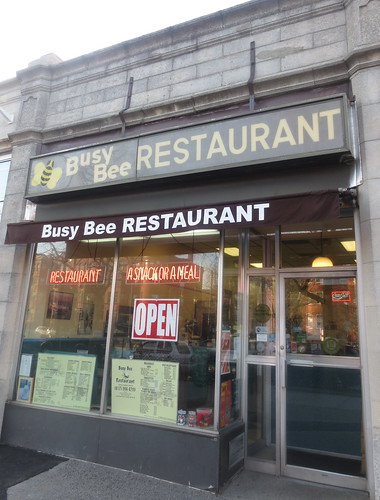 After dinner, we met up with my friend Brian, BU’s SID, for a drink (okay, I didn’t drink, but B did) and for me to give him some Broncos’ Super Bowl Champion stuff. Brian is weird in that he’s from Maine, but also a huge Denver Broncos fan. After the Super Bowl win, I asked Brian if he wanted me to get him some championship stuff; obviously the answer was a yes. So, two months later, I finally got him his shirt and Denver Post.

We didn’t stay out too late, though, as we had a race the next day …