We kicked off our holiday season with a brunch at our house. Everyone does cocktail parties, so why not switch it up and do a brunch, right? 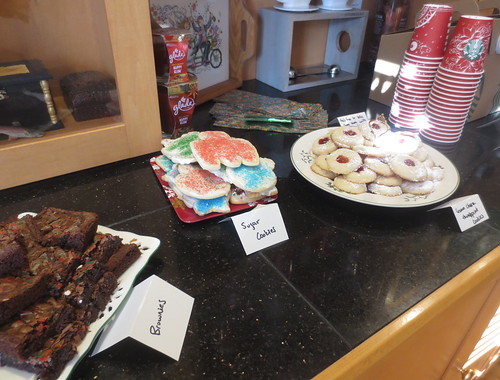 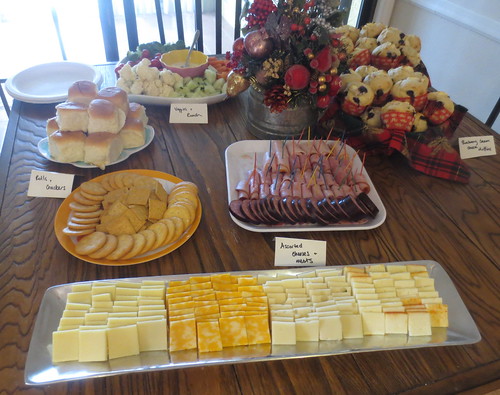 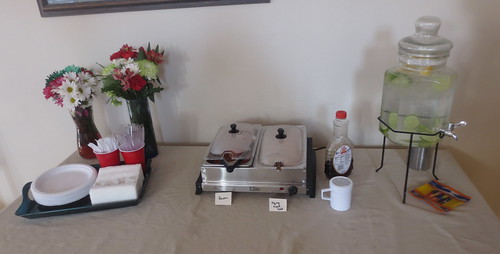 Bacon and nog toast. Egg nog french toast – only way to consume egg nog. Trust me on this one. 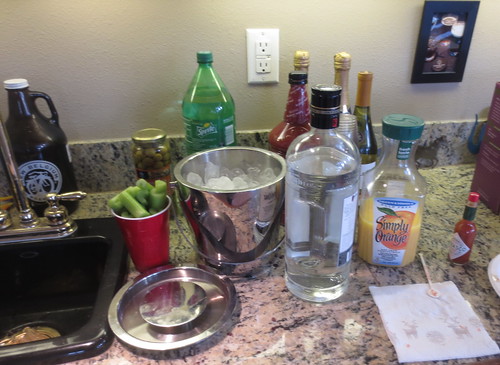 Drinks. Plus we had coffee. 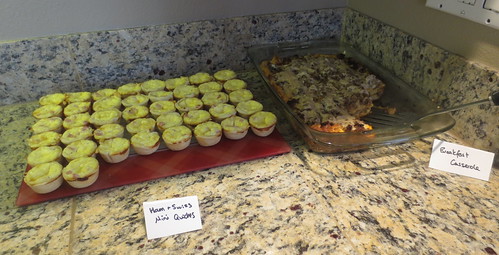 Brandon’s corner (that is, the stuff he made).

This kind of ended up being an epic disaster, with people RSVPing and then not showing up and … terrible. We’re never hosting anything again. 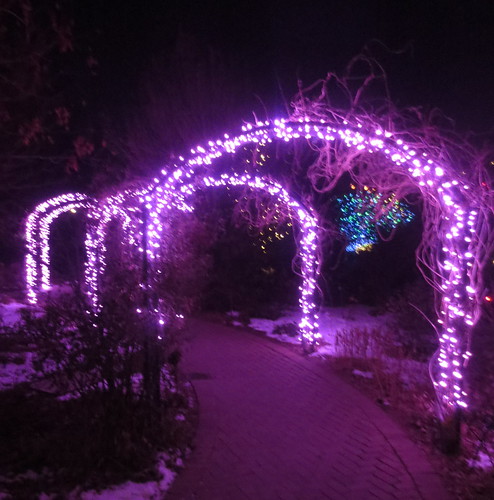 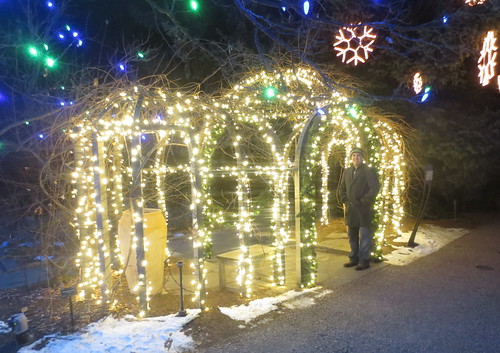 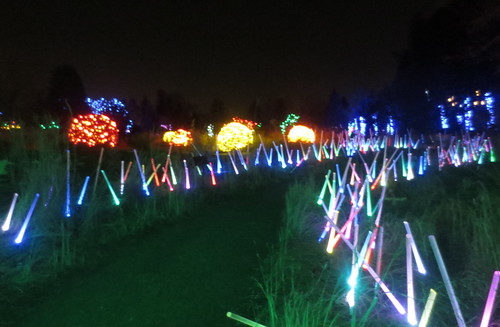 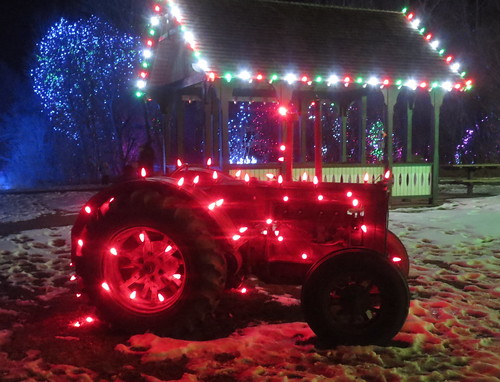 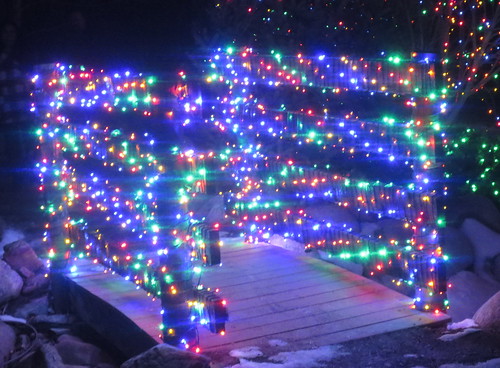 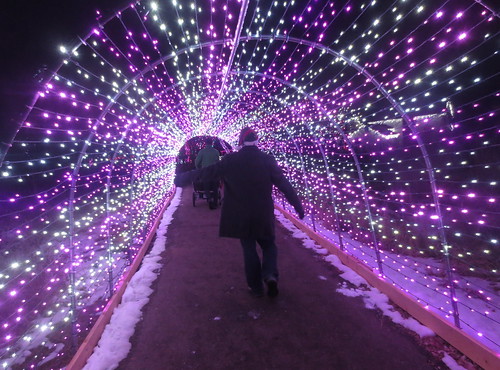 Brandon had to work, but I was able to make the traditional Christmas Eve dinner with my family. 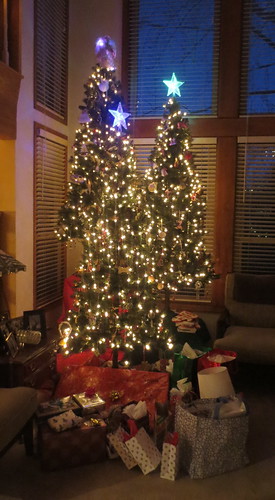 It went about as well as you’d expect holidays with the family to go. My brother put me down, parents mocked me, I hid, I found time to hang out with my niece and nephew, the usual.

I did fly out to Portland on Christmas Day to hang out with B, though, which was nice. The disaster that was getting back home (woo, non-rev travel …), was not.

But I did get to hang out in B’s “office” before he left for NYC on the 26th (well before the flight I was in theory going to take left). 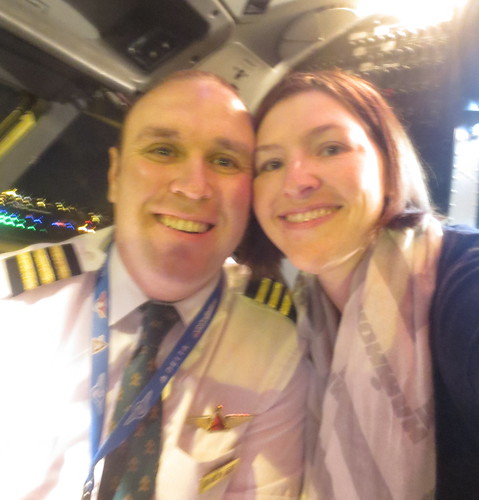 Quiet New Year’s in bed, and I am happy the holidays are over.

I’m trying to keep current with this thing for once in my life!

This time of year has been strange ever since I started working (what is essentially) retail. Christmas comes in mid-November and it doesn’t leave until early January. That combined with the fact that I’m the “help” and am not actually a real person in many customers’ eyes … really makes me kind of hate this time of year.

Still doesn’t keep Christmas from coming. If the Grinch can’t steal Christmas, neither can I.

Being an adult doesn’t help either. I’ve heard over the years that Christmas is for kids, and the older I get, the more I start to realize that’s actually pretty true. I realized that even clearer at the family Christmas Eve celebration as my niece (at 16 months) is starting to kind of grasp how this stuff goes.

For the family 24th celebration, we had to bring dessert. I brought my thumbprint cookies, because duh, but I also needed to bring either cake or pie. We’re a bit sick of pie in Casa Dino, so I decided to research Christmas cakes. Not much came up (yes, fruitcake is obvious, but I was NOT making a damn fruitcake) except for a buche de noel, a traditional French log cake. I found a super simple version (one that didn’t require me to make sugar mushrooms) and it actually turned out pretty well: 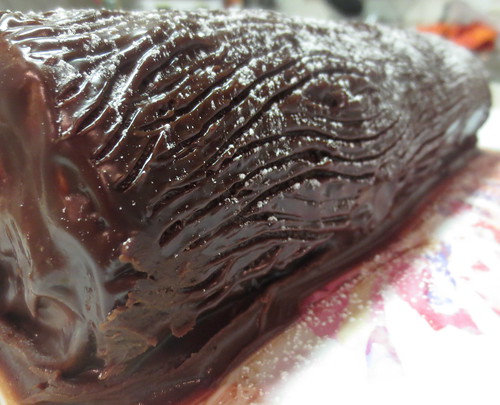 Time with family is, well, time with family. We were supposed to go to my parents’, but my mom broke her arm on the 23rd, so everything got shifted to my brother’s place. He and Nicole stepped up and did a great job.

Brandon in his AWESOME dinosaur sweater. 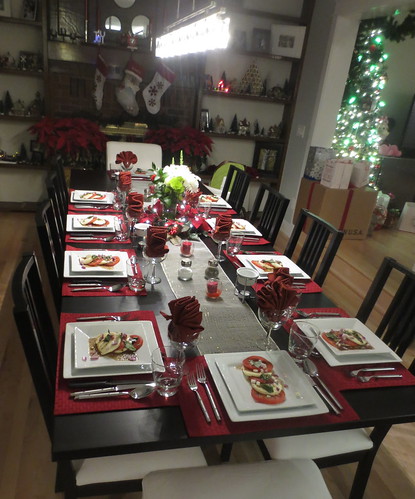 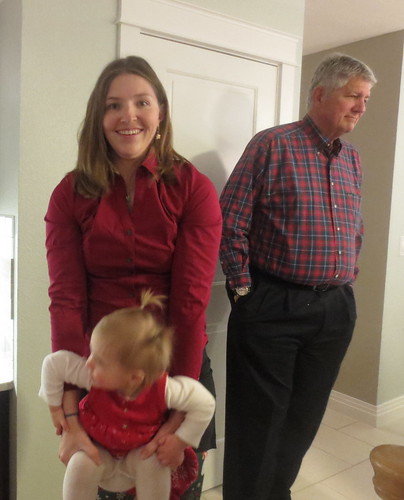 Swinging Amelia in my arms. 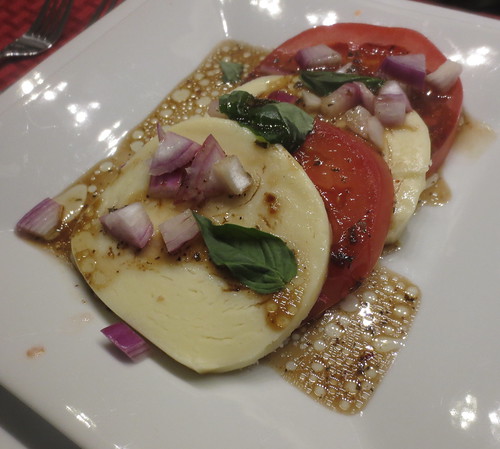 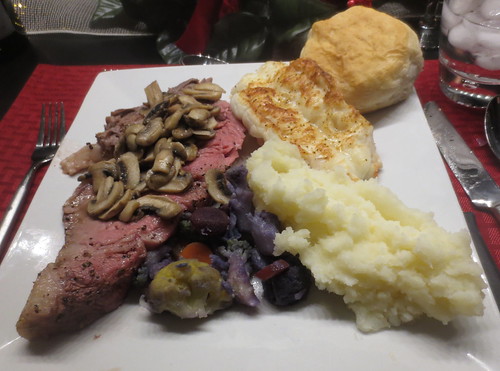 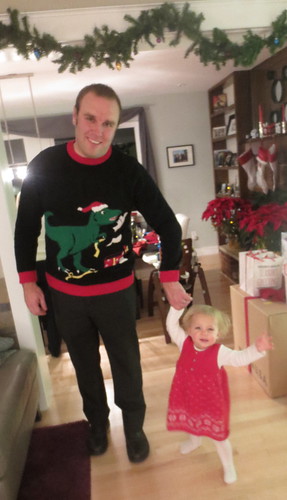 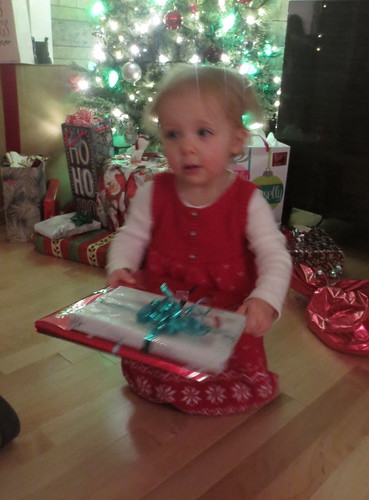 First present she goes to was actually hers (from us). 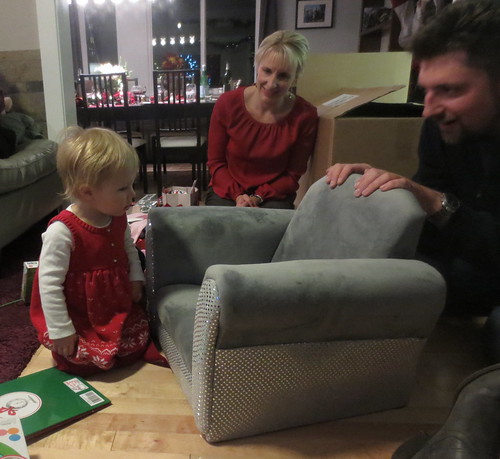 With her Santa gift. I don’t think she quite understood it.

Christmas morning was rushed with us; Brandon had to go back to work so we had a half hour together, just enough time to make him breakfast. As a result, our present opening got delayed until the 27th. Such is life with two people who work unconventional jobs …