If you grew up in Denver – or watched “South Park” in the early 2000s, you’ve probably heard of Casa Bonita.

If you haven’t, you should probably try and find that episode (it’s from 2003) and watch the last seven minutes or so. Everything Trey Parker and Matt Stone put in there? Completely accurate, down to the sketchy strip mall the restaurant lives in.

In any case, Casa Bonita is affectionately known as Mexican Disneyland. We used to go when I was a kid relatively frequently (frequently being whenever we had out of town guests) and I remember hating it. Of course, I’ve never been the biggest fan of Mexican food and Casa Bonita’s is not … good. However, when Brandon and I got married, we decided (okay, I did, because I’m cruel) to take a lot of our out-of-town guests and friends – most of whom didn’t know each other – and take them to Casa Bonita without their knowledge.

I figured, at the very least, we’re old enough to drink now and if it was that bad, booze could save the night. It ended up being the perfect ice breaker, and a great story for everyone to tell their friends from home. Back in 2011, the restaurant was also still embracing their connection to “South Park.”

We hadn’t been back since … until earlier in August. My brother and sister-in-law decided to go there for my niece’s second birthday. I documented the experience to share … 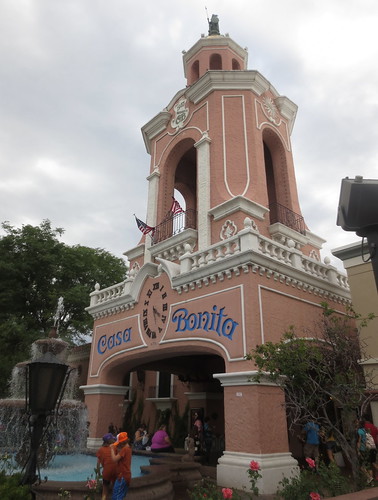 This pink tower is in a ghetto strip mall on west Colfax. 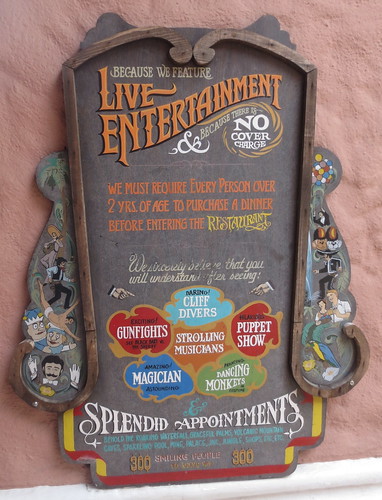 The entertainment requires you to purchase their food … 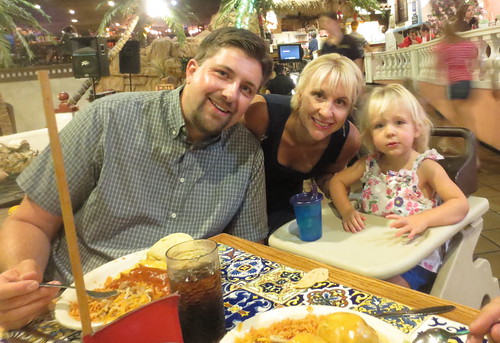 Birthday family (and a glimpse of the food). 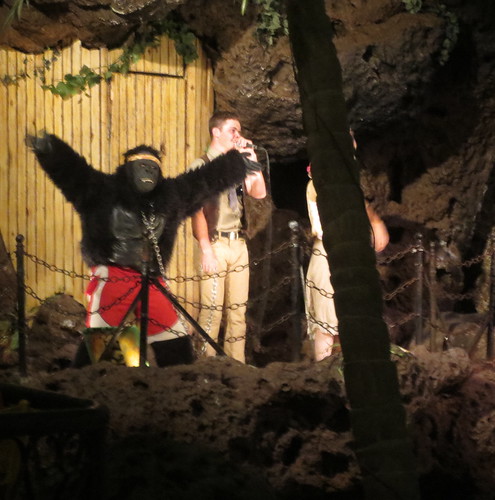 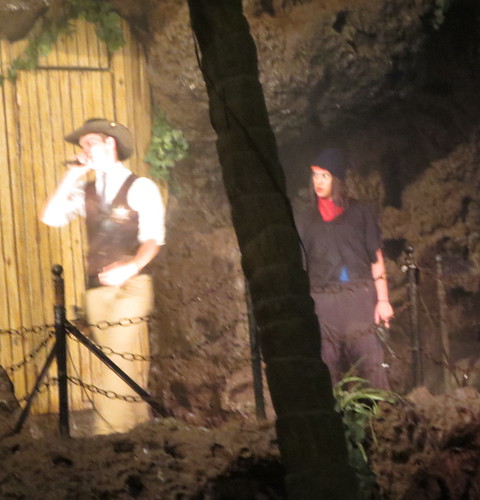 Black Bart (or, in this case, Bertha) show. 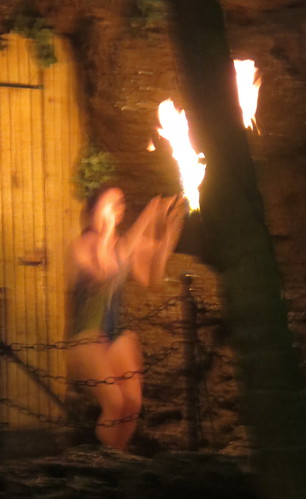 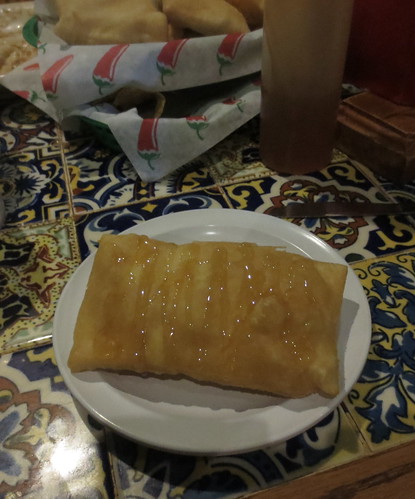 Sopapilla. Really the only reason to come – they are as good as advertised. 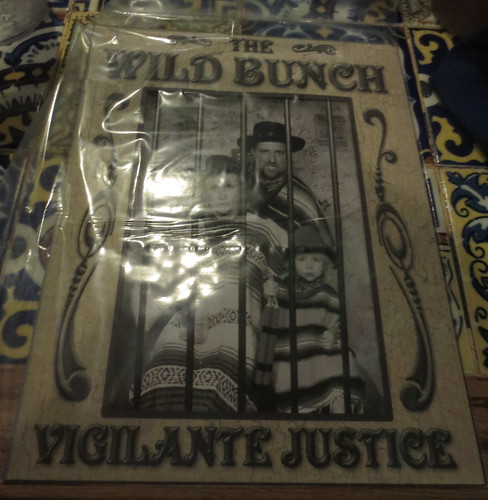 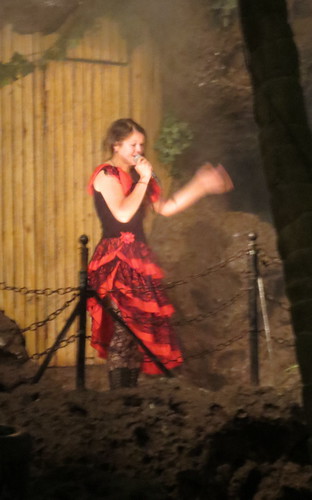 Forget which show this was from …

If you find yourself in Denver and want a truly “Denver” experience (that’s not the damn mountains) … go. It’s totally worth it.