I was all set to write a post on a different subject and then realized I totally forgot I hadn’t blogged about this concert yet … probably because it got lost in the house shuffle.

Anyway, way back on April 21 (so two months ago), I went to yet another metal show – Nightwish, with Delain and Sabaton. I’ve known of Nightwish since college – my roommate Amy was a big fan (same deal with Within Temptation) – but that was two (or three?) lead singers ago.

The show was at the Ogden Theatre, the only one of the Colfax venues I haven’t been to. Now that I’ve been to all three, I have to say I prefer the Bluebird over all. We also didn’t have the greatest spot at this show so maybe that led to part of my dislike of the Ogden, but eh. 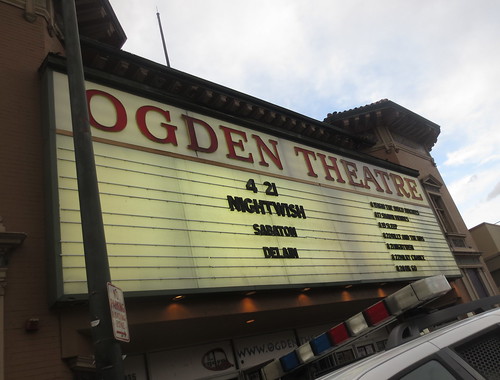 Delain I believe was already playing when we finally got inside. I remember them being better than Brandon led me to believe, but that could have been an Insomnium thing where they’re better live than in studio. 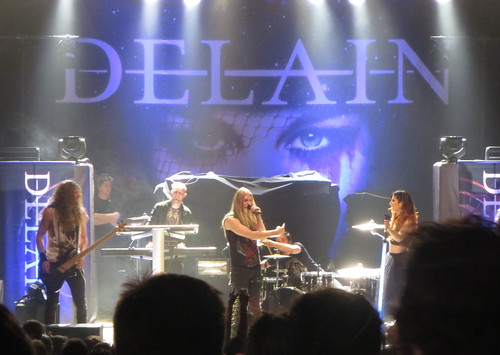 Next act was Sabaton, a Swedish metal band who plays songs based off historical events. Obviously I thought they were awesome. Even if I didn’t like their music however (although I did), I would have been a fan thanks to the lead singer. He noticed a young girl up on the balcony – probably about 12-years-old or so – and started talking with her. He learned that it was her first concert (I think; at least first metal show) and for a memory, tossed her his sunglasses.

I believe metal gets a bad rap a lot of the time thanks to the stigma that all metal bands are devil worshippers and whatnot (okay, I get the Ozzy Osborne thing, but if you actually look at some of Black Sabbath’s lyrics … they were anti-war and politically motivated. Go on. Research “War Pigs/Luke’s Wall” and get back to me.), but I have friends who are wonderful people and also huge metal heads (my friend Jeremy, for one) and have met some of the nicest people at metal shows. As a result, I’m super happy for the lead singer for making the gesture toward a young fan, because it proves that stereotypes aren’t always real. 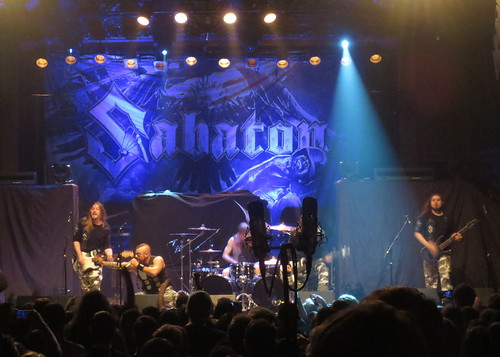 As for the Nightwish show, it wasn’t nearly as good as Epica or Within Temptation were. It wasn’t bad, per se, but I got hooked on Nightwish during the Tarja days, and Floor, while awesome, just isn’t Tarja. It’s a different sound (which both Brandon and Jeremy like, by the way), but it doesn’t quite do it for me.

Me being so tired I was half-falling asleep during the show probably didn’t help, either … 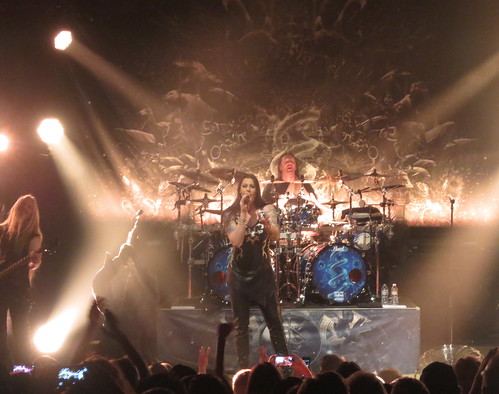 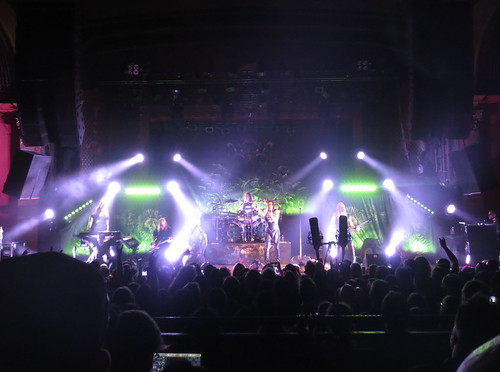 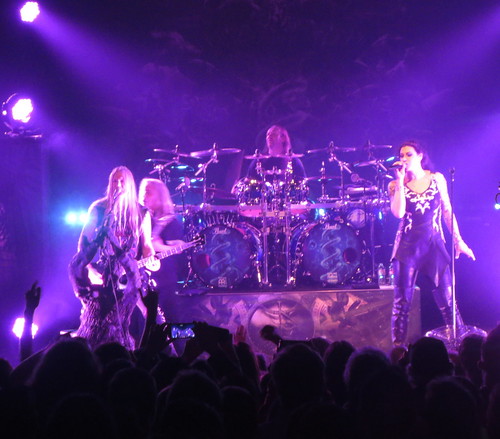 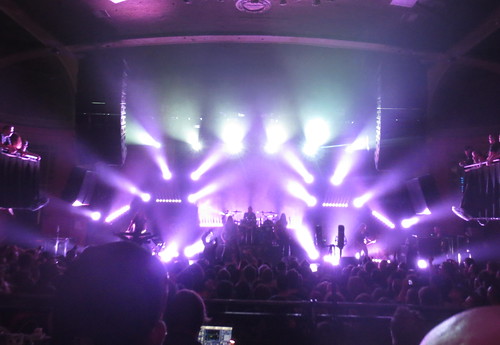 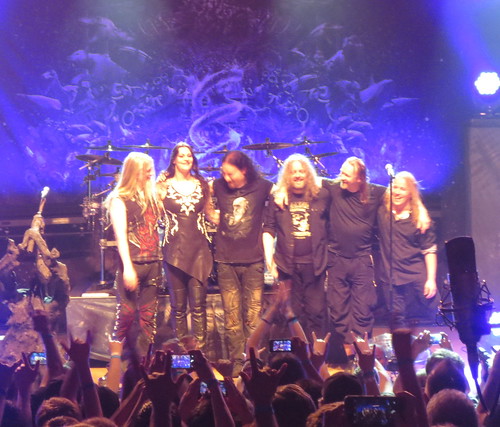 Would I see them again? I don’t think I can answer that question. Sabaton was fantastic and writing this post reminds me I need to look and see if their studio stuff is as good as their live stuff. Nightwish … maybe. If it’s not at the Ogden.