Denver recently wrapped up this year’s edition of Denver Restaurant Week and B and I chose to participate with some place completely new this year – La Merise.

La Merise is located in Cherry Creek North. We both enjoy French cuisine – which is typically fairly pricey – and it wasn’t too far away from home, so we figured we’d give it a try.

We both had basically the same thing, save for appetizer.

B had Mussels a la Mariniere (fresh mussels steamed in a garlic cream white wine sauce). I snagged one – it wasn’t bad, but I’ve definitely had better (particularly at the no-longer-around Le Central).

I had the Escargots de Bourgogne (imported French snails baked in a homemade garlic-herb butter). 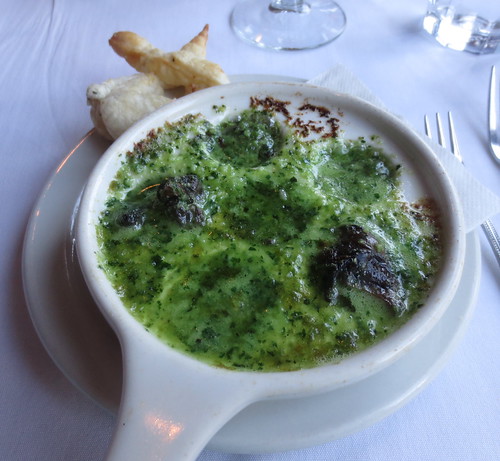 They were some of the better snails I’ve had, but the butter was a bit too herb-y, almost like a pesto, which was a bit overwhelming.

For the entree, we both had Beef Bourguignon (all natural beef braised in red wine and veal demi glace with vegetables, mushrooms, bacon lardons, and herbs; served with mashed potatoes). 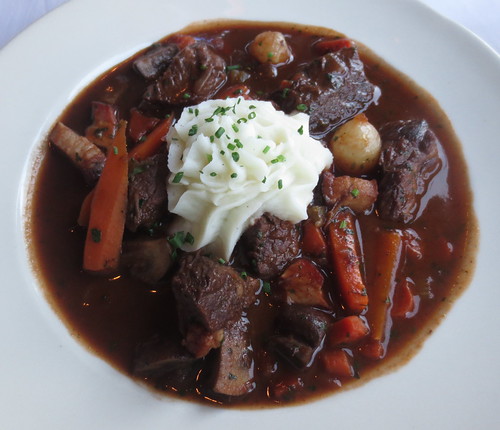 This … was delicious. Our only complaint was that there wasn’t more of it. B wasn’t the biggest fan of the pearl onions in it, but that problem was easily solved as I snarfed them down.

For dessert, we both chose the Chocolate Mousse (French style chocolate mousse). 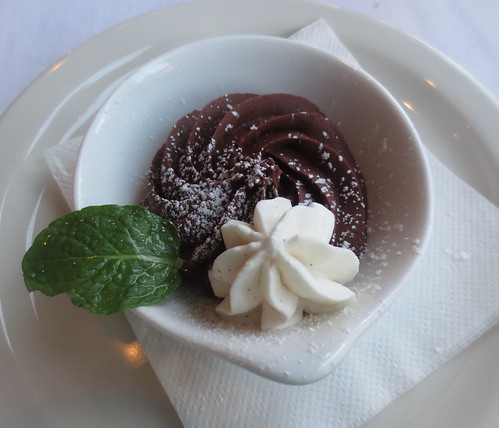 Completely chocolate-y, completely delicious. Again, we wish there would have been more of it. Perfect way to end the meal.

We’d walked past La Merise several times before finally deciding to eat there for DRW, but I’m pretty sure we’ll be back, as it was delicious.