About two weeks ago, Brandon and I took off to the mountains for a mini trip up to Glenwood Springs, primarily to check out the hot springs up there. Okay, and get out of town.

Driving I-70 west, we had always seen the Glenwood Hot Springs right off the highway on the north side of the road. However, we’d never stopped there. Finally, we decided to remedy that.

We went at night during the winter, so keep that in mind. 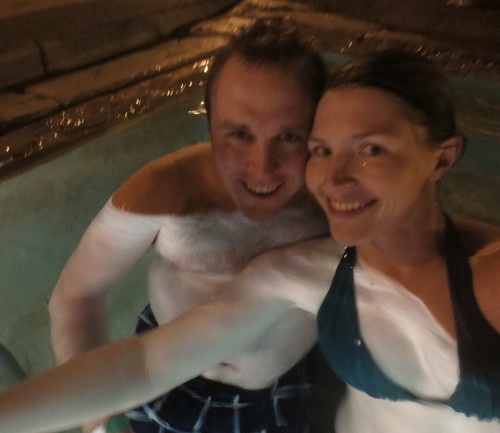 In one of the pools. 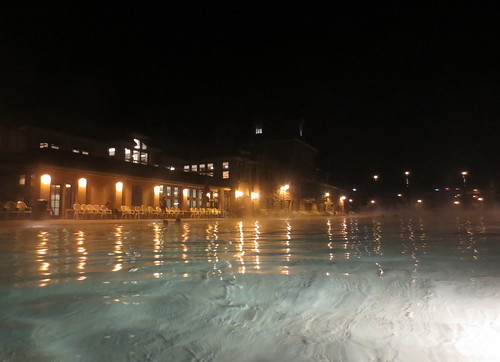 Steam coming off the water. It was … probably in the 20s or 30s out and the water was probably over 100 degrees?

It was … okay. Really, we’re not pool people. We’re fine being lazy for a little while, but then we get antsy. There were two pools open – both were warm, but one was hotter than the other. It may have been the therapy pool, but don’t quote me on that. The best time I had was spent in the cooler pool, just floating and staring up at the stars.

I know in the summer there’s more to do there, including water slides, but in terms of a hot springs, we both wished it had more of a natural feel … instead of feeling like we were in a slightly weird, giant pool. I know the Mt. Princeton Hot Springs are more natural – in a river where there are hot spots in it – so maybe we’ll check that out next time. 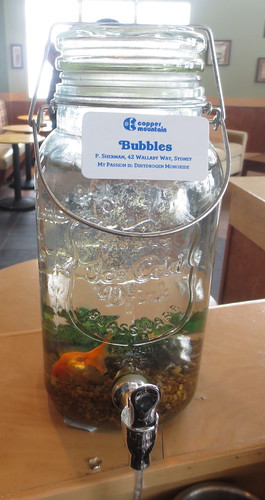 Water jug repurposed as a fish tank. Seen at a coffee/doughnut shop near Copper Mountain on the drive down.