We tend to get in food ruts.

If you pay attention to my travel posts – particularly the ones on cities I’ve visited several times – you’ve probably noticed that we often migrate toward the same places. We’ve tried to get a bit better with this in Las Vegas (and are going to start this in Tucson) … but we’re super guilty of sticking with our old favorites at home in Denver.

Therefore, in order to MAKE US PICK SOME NEW PLACES DANGIT, I actually started a page for “new restaurants tried” in the super loose bullet journal I’ve got going this year.

It was a touch obnoxious to get to (sometimes, Google Maps, I swear …), but it’s basically off Exposition sorta behind the train station near Aurora Mall. We went on January 31st at around 6:45 pm. They had some soft pretzels and a beer cheese sauce that looked outstanding, but we decided if we wanted anything extra, we’d rather have dessert rather than an appetizer.

Ambiance was what you’d probably typically think of a German restaurant (that is, Bavarian-style). B I believe had a Paulaner Wheat, which he liked. I abstained since I’m not the biggest fan of German beers.

We both had schnitzels for dinner – his was the traditional, with green beans and fried spaetzle on the side. I had the rahm schnitzel – “Your choice of Pork, Chicken, or Veal: breaded or floured, then fried and topped with our chef’s made-to-order sauce using rich cream, mushrooms, and our brown sauce to create a creamy mushroom delicacy” – with more traditional spaetzle on the side as well as the kroketten (fried potato dumplings … which I was hoping would be the smaller potato balls I fell in love with over there ages ago … but alas, no.). 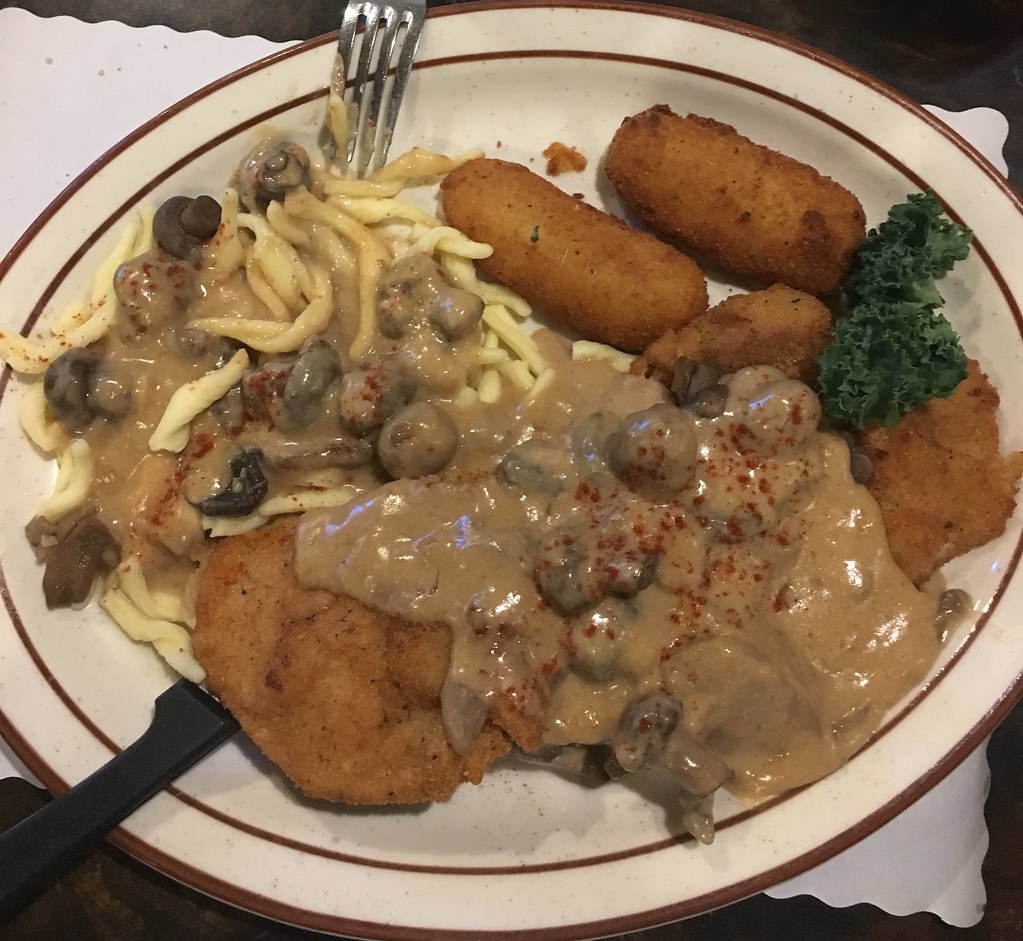 Our dinner took a bit longer to come out – even compared to a table that got seated after us – but I think it was probably due to the above-mentioned made-to-order sauce. We’re really pretty patient, but it’s hard seeing people in a larger party than yours who got seated after you get their food first.

(I should mention that we also apparently got soup with our meals and we chose the potato. It had a weird spice in it that was a tad too much, but other than that, we enjoyed it.)

We did decide to do a dessert and split the apple strudel (which we got a la mode): 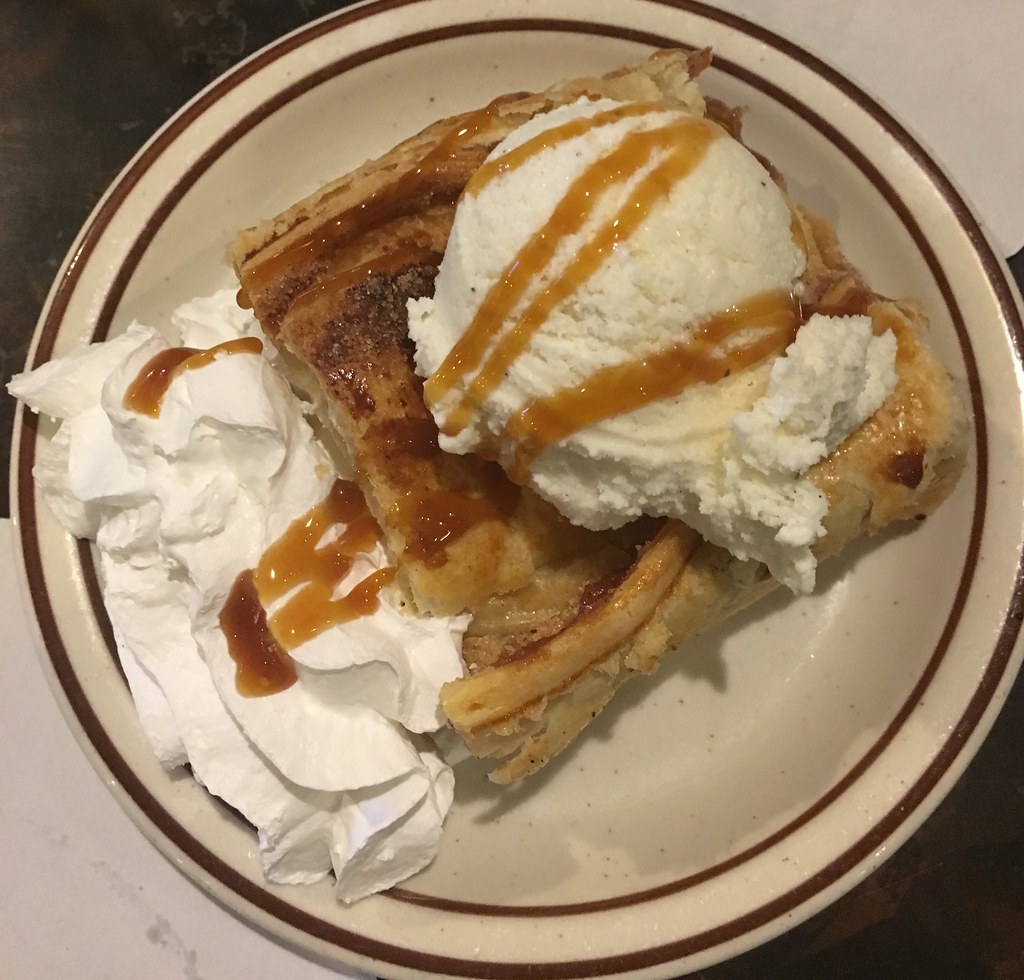 My only complaint with it was that I wish it had been a bit warmer.

Overall, it was a good meal. Would we go back? Probably, but given how heavy it was, not for a good few months.