Like I so often do on here, I get so behind in posting. I have been busy this summer and I will do my best to get caught up here in the next few weeks before I make new adventures.

Earlier in the year, I saw a LivingSocial deal for Miner’s Maze Adventureland, a mini-amusement park within Heritage Square in Golden, Colo. It looked like the kind of fun thing that would be a perfect excuse for a date with the hubby, so I bought it.

We did the Miner’s Maze itself (beat the clock in finding random things in the maze) as well as the Rocky Mtn. Ropes Course: 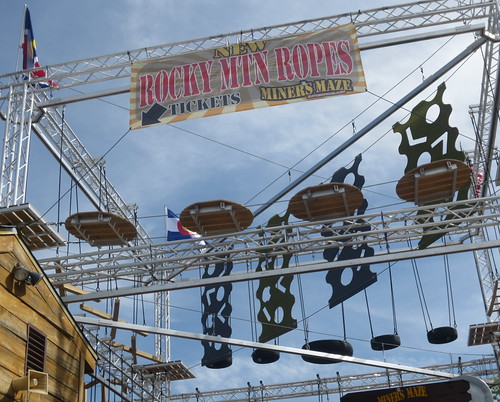 (Did not grab a shot while on course. Would have been a bad idea.)

The maze was “meh” while the ropes course was fun. Definitely tested balance, strength and agility.

After that, we channeled our inner hamsters by trying the Water Walkerz – a LOT harder than it looked. 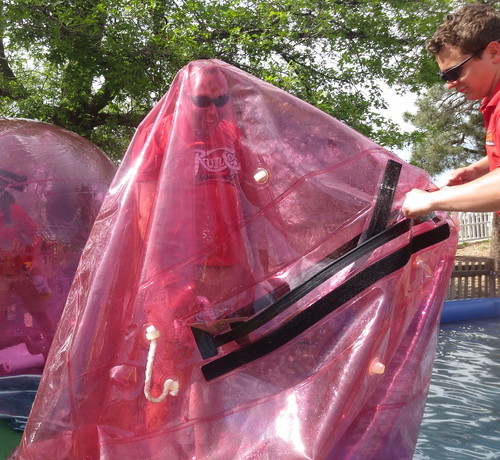 Brandon getting zipped up. 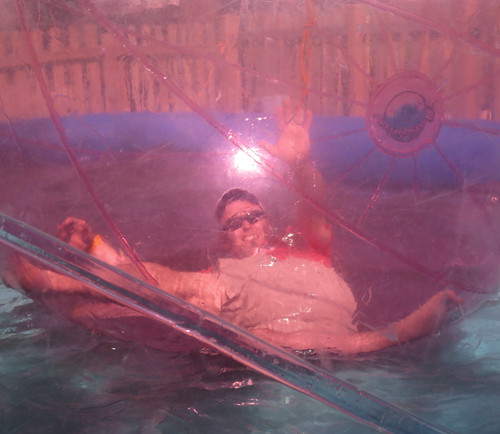 Brandon falling after attempting to walk.

Good to try, but after a while, I really wanted out of that ball. Probably will never do that again.

The final activity we tried was the Silver Spring Bungee – get strapped in, hop on a trampoline and flip if you want to. 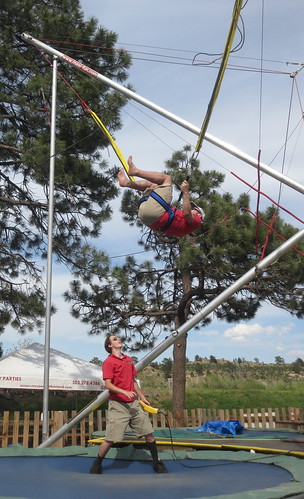 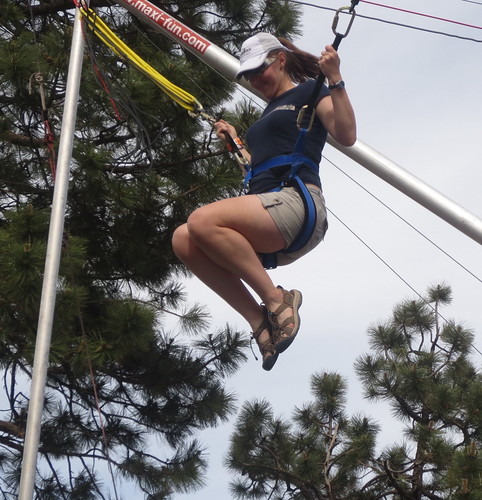 Me bounding (it took a while before I felt comfortable enough to flip. I miss my youth where I would flip with abandon …).

All in all, a good deal and a fun date. Probably better if you know, actually have kids.