… in Colorado, in January. Which doesn’t happen often here.

But since it had been so cold, the reservoir at Cherry Creek State Park froze over. Driving the Dam Road, I saw people out on the ice, mostly ice fishing. Since it was obviously safe enough to walk on and since Brandon and I are still hockey players at heart, we decided to go and try and skate and play a little pond hockey.

Back on January 14, we packed our stuff, dressed quite warmly, drove to a parking lot just outside CCSP and hiked on over to the frozen water. We got onto the ice, started shoveling off some snow and soon realized the ice was, quite frankly, shit. It must have been windy when the ice started to freeze, because it was very bumpy. It made it hard to get a snow-free section of ice and playing some puck was going to be tricky. However, we decided it wouldn’t deter us. We still strapped on our skates and had some fun. Here are the images from that day. 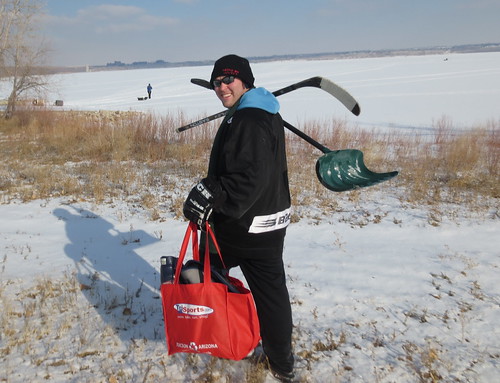 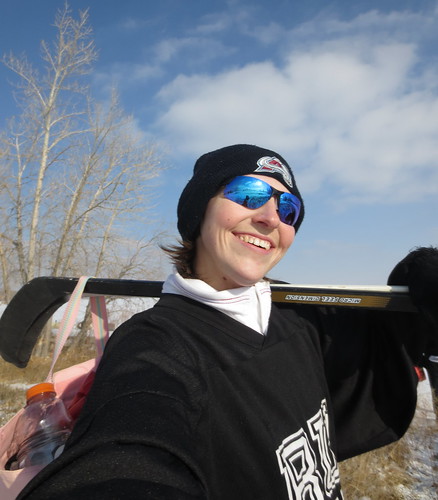 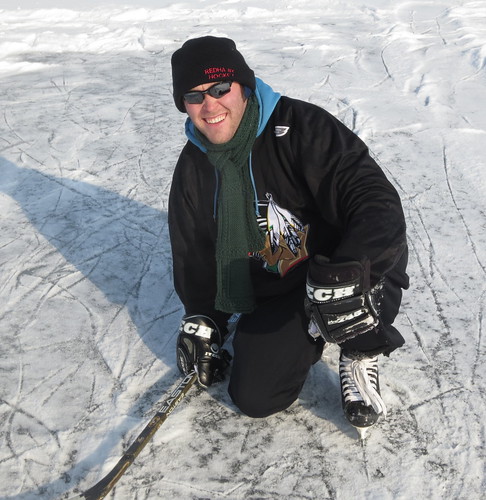 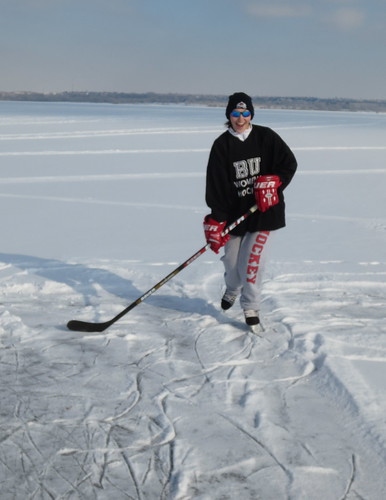 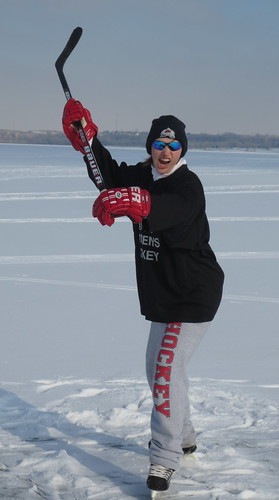 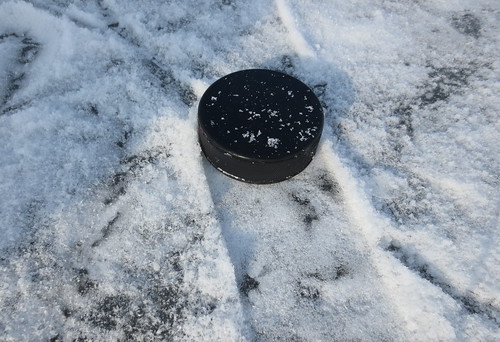 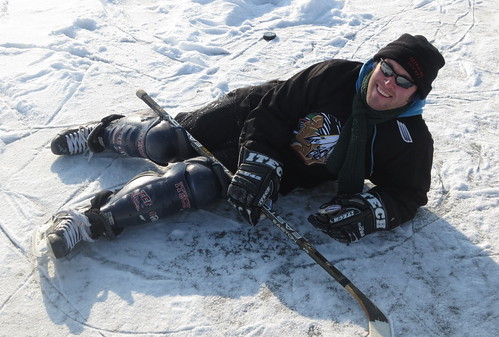 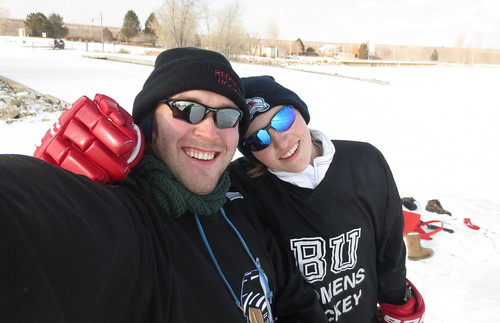 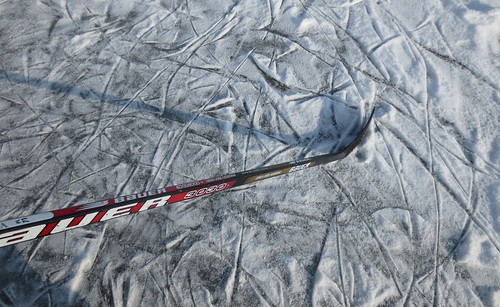 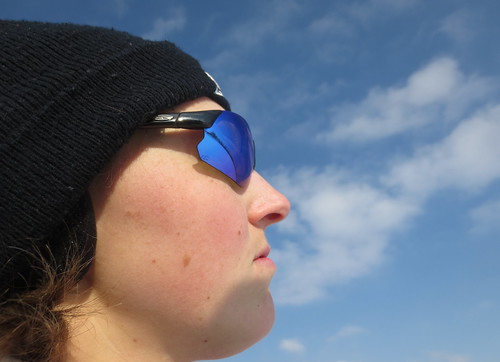 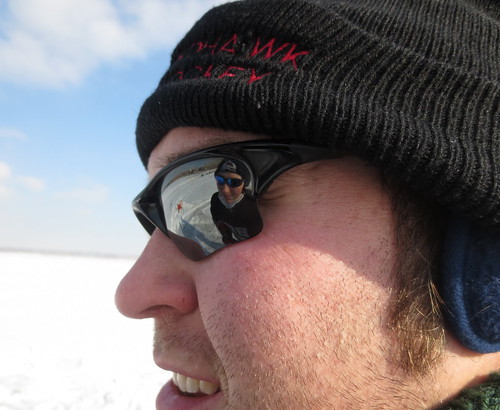 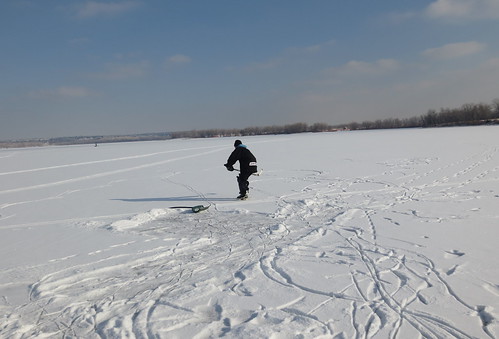