I went to Tucson at the beginning of the month so I could go to tri camp.

I drove down a day early, on August 2nd, so I didn’t have to rush getting to the first swim session on time. 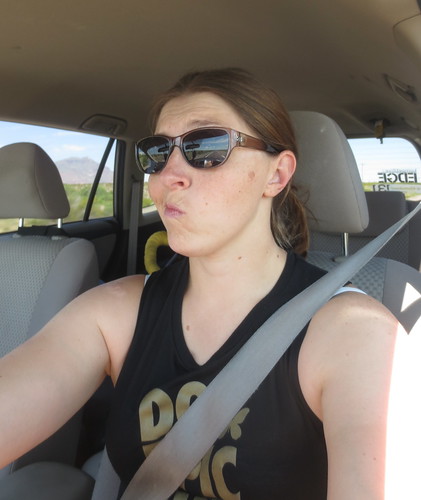 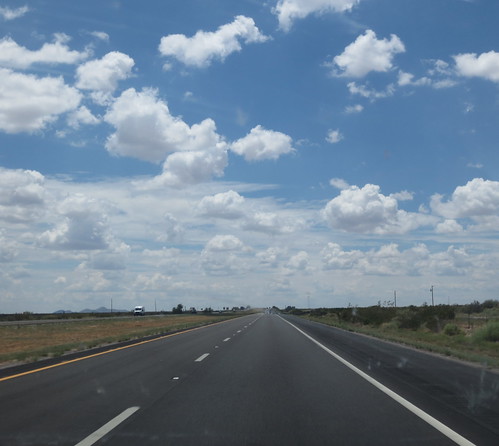 This really doesn’t do the clouds justice.

Tucson was still in monsoon season – or at least the tail end – and I experienced rain on my drive in. I don’t believe I have ever seen the desert that green – or, at the very least, have ever experienced it humid, which it was. Completely crazy. I texted my dad about it, and he said the best thing about the desert post-rain is the smell, and it did smell amazing, even by my hotel.

I didn’t take a lot of pictures during camp – my main focus was to get through it, and I did that. I did get to experience a new part of the region, though, in Sonoita and Parker Canyon Lake. The latter, about two hours southeast of Tucson, was like being in a whole other state. The saguaro? Didn’t exist down there. I felt like I saw more trees than cacti.

Post-camp, B came down so we got to spend a day together. Before I picked him up from the airport, I stopped for breakfast at Bisbee Breakfast Club. 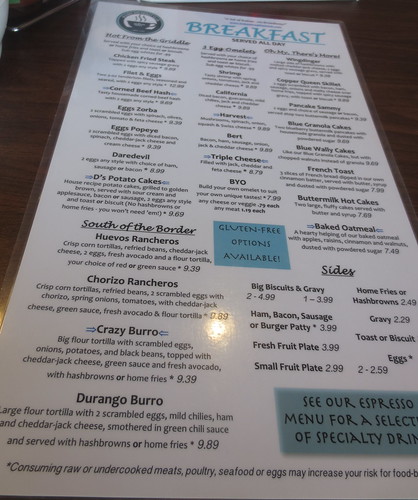 Menu. I had the Daredevil. 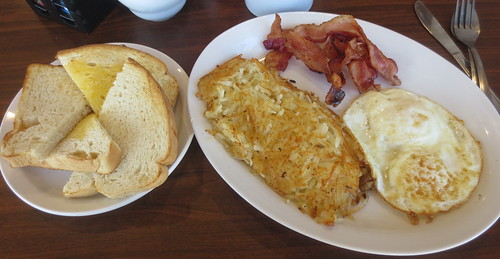 After I picked up B, we mostly just drove around. Neither of us wanted a crazy day (plus it was hot … that summer in the desert thing …), so it worked out. I showed him a lot of what I did in camp, which included driving where we rode at Gates Pass. 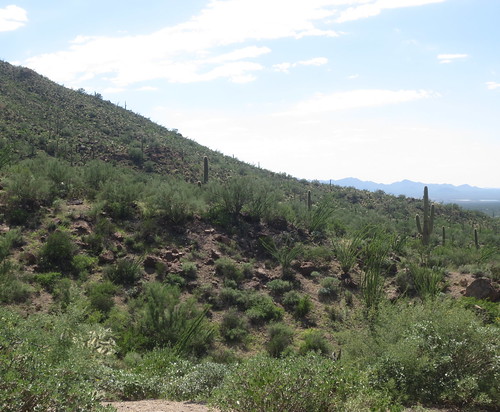 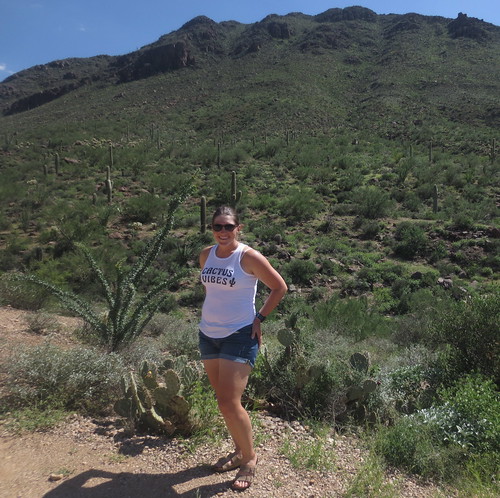 You get a sense of how green everything is here. We even saw some blooms still on the saguaro, which is RIDICULOUS.

Besides driving around, I also wanted to bring home some green corn tamales for the family. I found a different place to try – La Mesa Tortillas – which was the smart move. Their tamales are so much better than Tucson Tamale Company (in my opinion), and their tortillas are to die for. Seriously. We bought some on a whim and it was the best decision.

We decided on a nicer dinner, so chose El Corral. I’m pretty sure I’d been there before, but it was probably somewhere back in the early 1990s, so I didn’t remember too much about it. 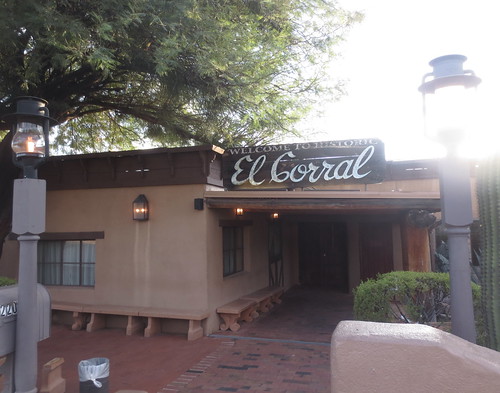 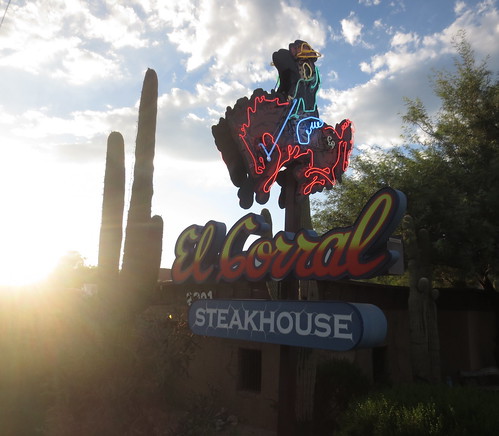 We started off with their spinach artichoke dip, which had too much spinach in it to be good. Would not recommend (unless you like more of a spinach dip) or get again. For dinner, so many things looked good. Ultimately, B got their prime rib (delicious), and his baked potato was one of the best I’ve had. I got a combo, with mesquite grilled chicken (just a tad too heavy on the pepper; otherwise perfect) and their baby back ribs (cooked well; just didn’t like their BBQ sauce).

The main reason we chose them over another steakhouse we were looking at was solely for dessert. They had a mud pie on the menu, and a good, proper mud pie is hard to find. 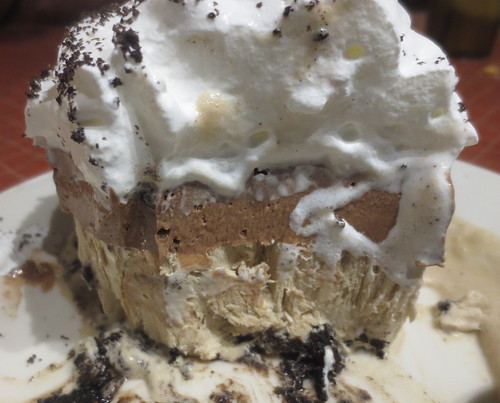 Not bad. Too much chocolate mousse, not enough cookie crust.

We were going to split it, but then B realized that the seasonal fruit cobbler was peach, so he ended up with that instead.

We met up with our TriSports friends Seton and Debbie after dinner at a local pub for a drink (well, B drank) as a great way to close out the trip.

The next day, a nice long drive back home with a killer sunrise. 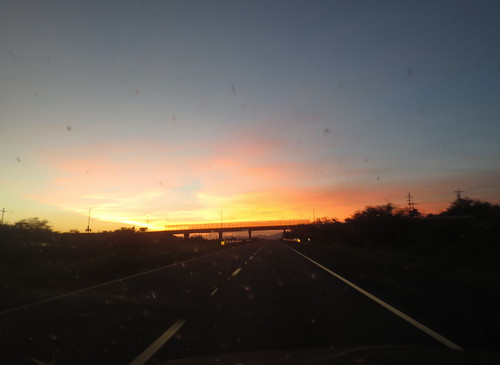