(Another in a series about my honeymoon/first anniversary trip to Paris and London, taken from a journal kept on the trip.)

Another day in the books … and it was a long and eventful one!

I woke up pretty early – around 7:15, but probably didn’t end up getting out of bed until closer to 8. We got up, showered and got ready for the day. We ate the free hotel breakfast (oj, pastries, hard-boiled egg) and went off to explore …

… for five minutes in which case I realized I wasn’t going to be able to wear my fabulous heels because I have a slight ingrown right now. So back to my boots and then off to start the day.

We walked down the Champs-Elysees all the way down to the Louvre, stopping at the Place de la Concorde to take pictures of the obelisk. We saw a few runners in the Tuileries garden, but there were very few tourists. At the Louvre, we took a few photos of the glass pyramid in front, 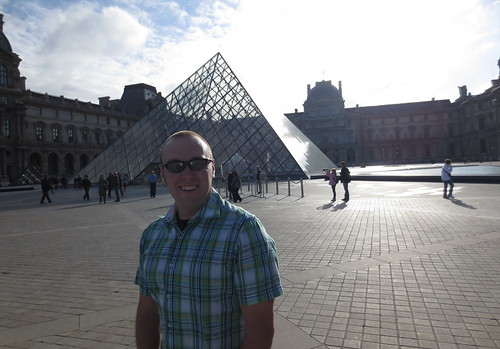 but decided not to pay the entrance fee. Instead, we took off walking. We found our way to the Left Bank and walked toward Notre Dame, seeing a cool padlock art demonstration 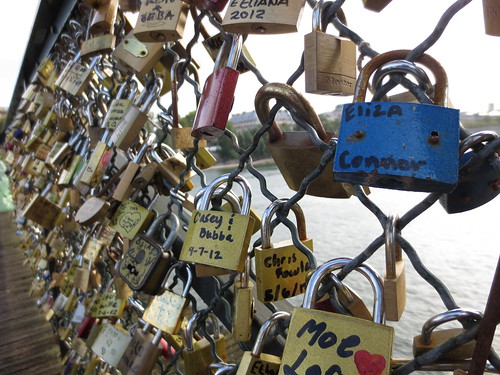 on a bridge along the way. Once we saw l’Ile de Paris, we crossed the Pont Neuf on to the Ile and walked to Notre Dame. We took quite a few pictures of the cathedral both inside and out. 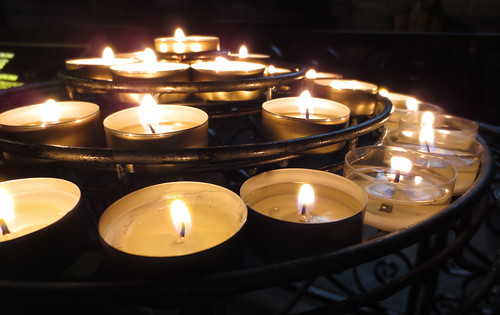 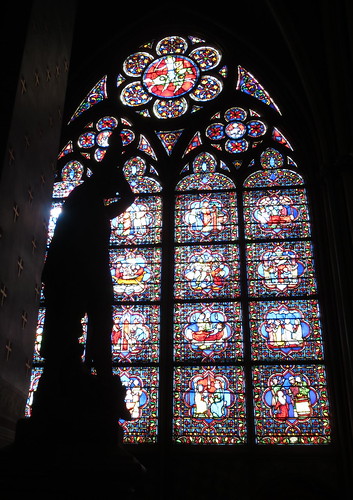 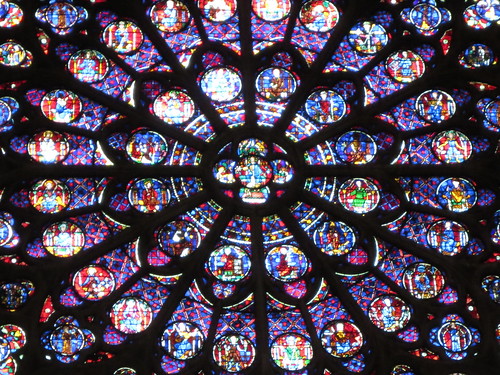 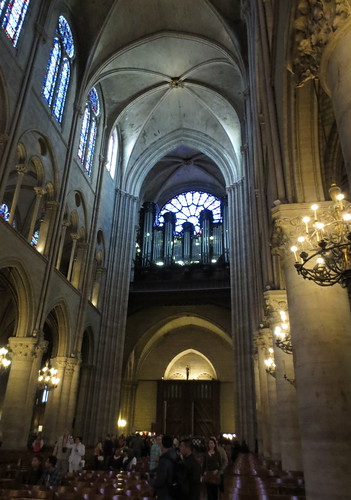 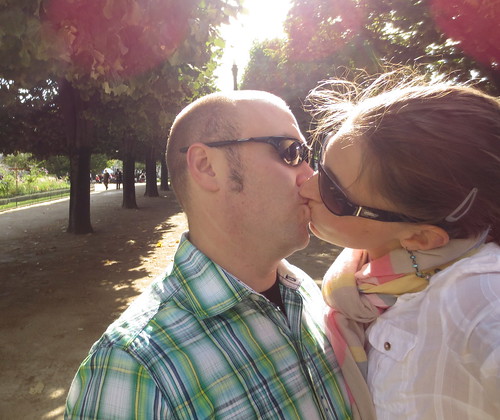 After Notre Dame, we stopped for a quick sandwich and got a ham and cheese baguette to split which was awesome. We then hopped the metro and got off at Louvre-Rivoli. I was hoping to find the Christian Louboutin storefront to drool, but wasn’t quite successful. I did see a whole crapload of other shopping though on the Rue di Rivoli.

Unlucky with our search, we hopped back on the metro to Opera to check out the outside of the Opera Garnier and to walk to les Galeries-Lafayette, a ginormous department store that’s really more like its own mall. We had fun wandering around 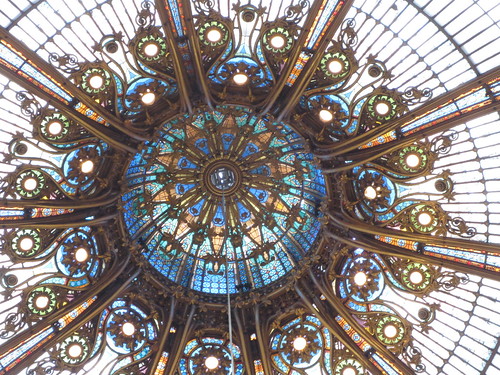 looking at lots of stuff we can’t afford. We also had a small conversation with one of the employees sampling chocolate and ran into one of my biggest pet peeves:

ARGH! Colorado does not equal Cowboy! Silly European stereotypes. After ending our conversation, we went up on the rooftop terrace for arguably the best free view in Paris.

Afterward, we came back to the hotel for a few minutes to relax and decompress. Thinking about it now, I should have journaled some then. Made my life easier now. Oh well …

Break taken and us hungry, we took off down the Champs-Elysees for dinner/late lunch. We stopped at Pizza di Roma and had pizza (and fries) which was huge but delicious. Mmmm. We then proceeded to walk the Champs-Elysees, stopping in stores along the way, although we didn’t buy anything.

Once the shopping ran out, we decided to hit up the Eiffel Tower, so we hopped on the metro and wandered over. We got some pictures from further back 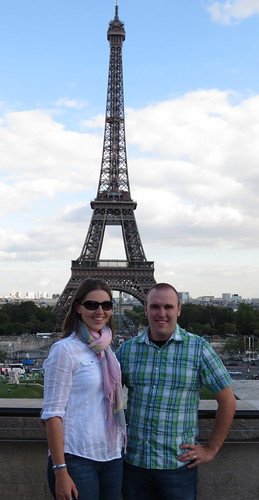 and were walking toward the base when I decided I wanted our dino children in a photo. I go in my purse … and no dino children. I immediately start freaking out, tell Brandon who starts freaking out (slightly less so, though) and we head immediately back to the hotel, thinking of where we might have lost them.

As we got off at our stop, I think more certainly that they were in the room and thankfully, they were. I attack and hug them, as does Brandon. After a few minutes, we pack them up with us and head back to the Eiffel Tower, taking more pictures. 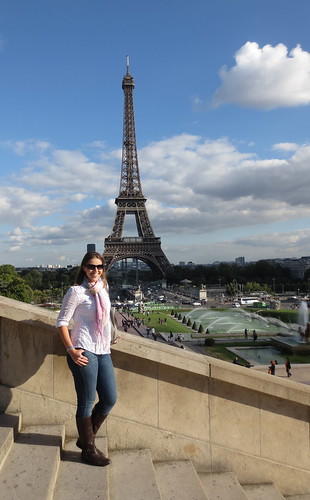 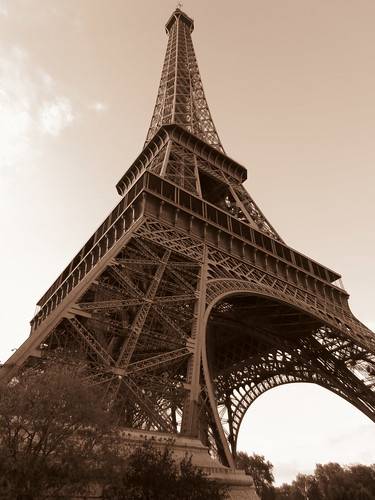 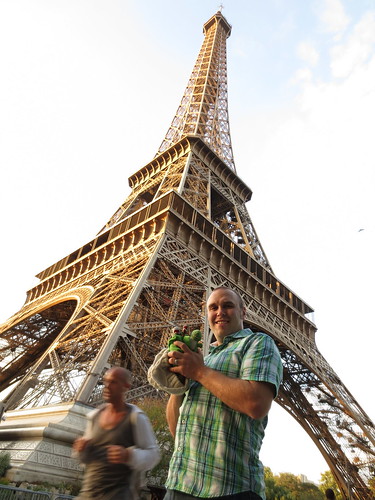 We also snagged a Geocache. The first one we tried was a no go as the place we tried to get into was closed, but the second was a success. Woo hoo! We also grabbed some delicious ice cream while we were out.

After the Eiffel Tower, we headed back to the hotel, stopping at a pharmacy for some sleeping pills Brandon’s mom likes that you can only get over here. Then, back to the hotel to pack and journal as we have a fairly early wake-up call so we can catch a train to London!

I also almost forgot; after getting off the metro and before seeing the Opera and les Galeries-Lafayette, we stopped in a French Starbucks. The menu for drinks was very limited by comparison but OMG the pastry case was AWESOME. A few standards as well as warm pancakes and French toast. I tried the brioche pain perdu (French toast) 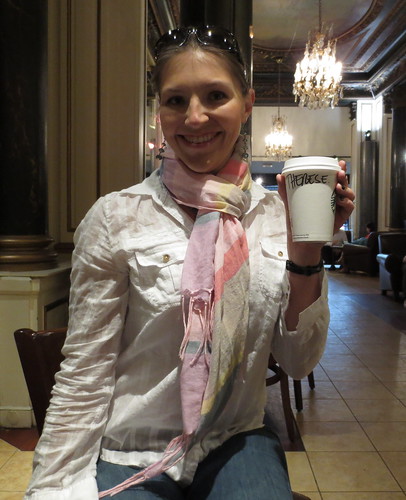 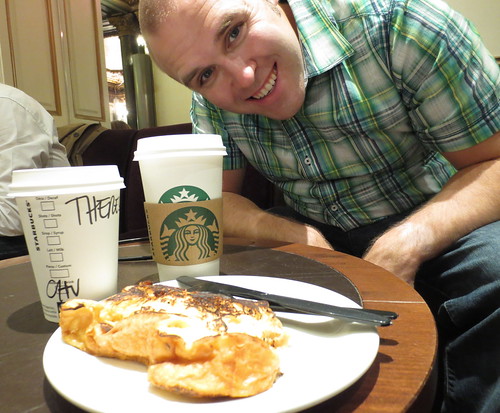 and it was fabulous. Brandon had a very expensive cup of Anniversary and I had some hot chocolate. Our friend Jeremy collects the mugs so we got him both a Paris and a France mug … but the mini demitasse ones. We figured they were more European and thus cooler. The Starbucks also had a machine for making fresh-squeezed oj which I facebooked my manager about and asked if we could get it for our store. She said yes. Now to implement …

That’s all for today … be back tomorrow!