In November, Brandon and I also drove down to Tempe, Ariz., to volunteer and ultimately sign up for Ironman Arizona.

I recapped the volunteer experience on our tri blog, but I wanted to share the basic trip here.

We left late Wednesday night after I got off work, planning to do most of the drive overnight. We made it into New Mexico and to a rest stop not too far out of Las Vegas, N.M. where we stopped to crash for a few hours. After about three hours of sleep (and the two of us shared driving/napping duties), we woke up and continued on, stopping in Socorro for a breakfast sandwich from a gas station, where I saw this across the way. 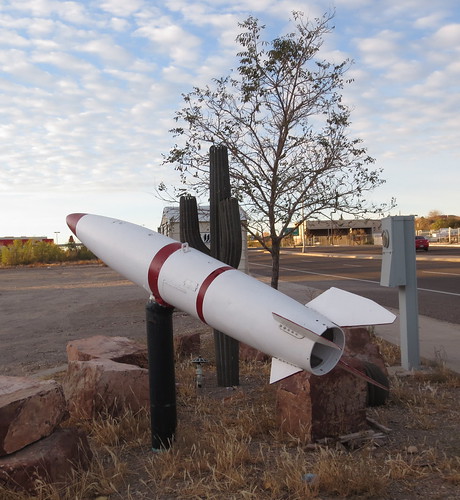 We got back on the road and save for gas, didn’t stop again until we hit Arizona and The Thing. 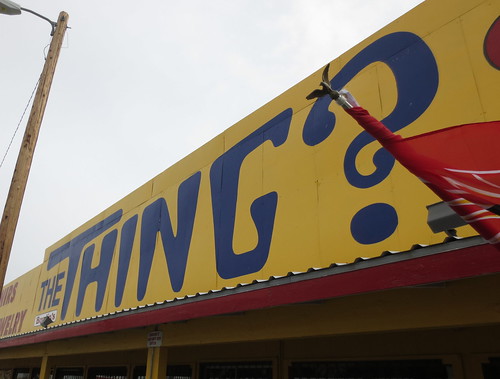 The Thing is a piece of roadside Americana (if you will) that has been around as long as I can remember. We’d drive down to Tucson for Christmas when I was a kid and always pass it by. My brother and I would always want to stop (you see billboards for it for at least 50 miles, if not more) but we never did … well, at least until a few years back. I can’t remember now whether it was high school or college, but we finally saw it. I’m not going to ruin the surprise, but it probably wasn’t worth the stop. Luckily, it was only around $5 for the three of us (dad, brother and I; mom stayed in the car) to see it.

So, as Brandon and I did this, our second desert drive, I talked him into stopping. I figured we needed a break (we needed food anyway) and this kitschy roadside crap is worth seeing at least once, right? 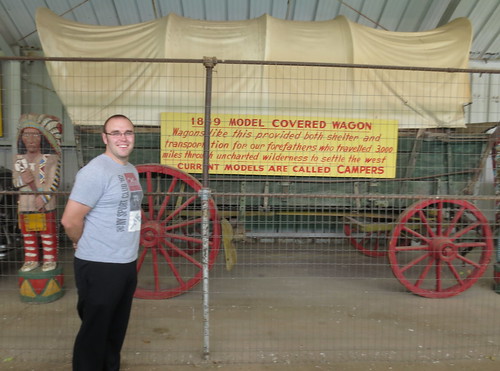 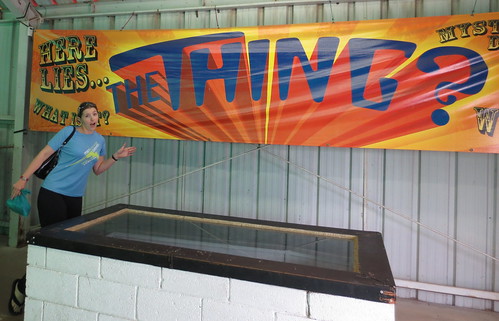 After The Thing, we powered on to Tucson for lunch. The standard stops ensued – eegee’s for a slushy, Wienerschnitzel for fries, Lucky Wishbone for fried shrimp and garlic toast (for me) and then on to In-N-Out for a double double protein style (for Brandon). This delicious (but bad for you) food is the reason why we’re going to Tucson AFTER we do IMAZ next year. 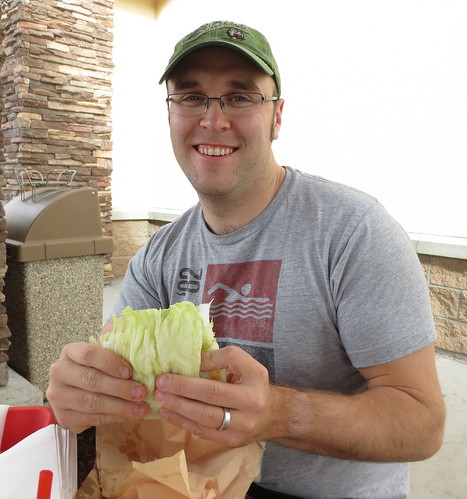 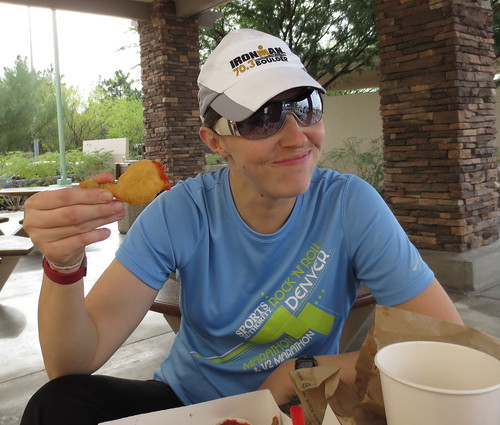 Lunch (and then gas) and then on to Phoenix (well, Scottsdale) to Brandon’s (great) aunt and uncle’s house which would be our home for the weekend. It was great to see Bernie and Judy and meet their dachshund, Sophie. 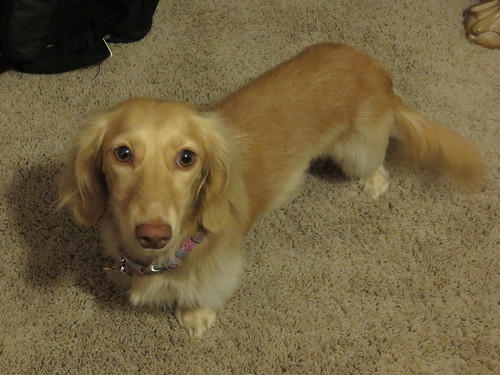 We had a meet up with some of our fellow MX12 VIPers on Friday, so we headed down to Mill Ave./Tempe Town Lake. 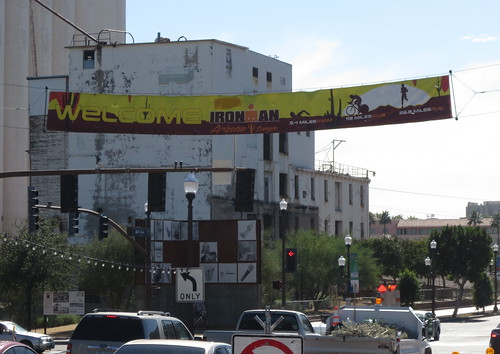 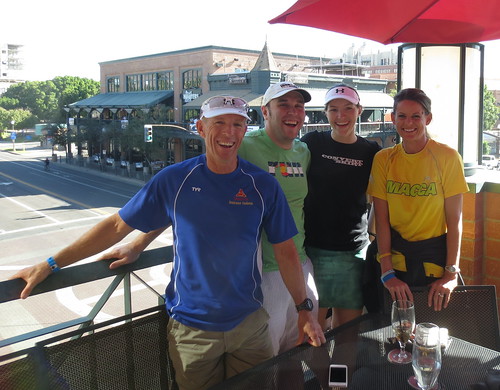 After, we met up with one of Brandon’s friends from college who owns a Trek bike shop in West Phoenix and then some more In-N-Out (mainly for me). 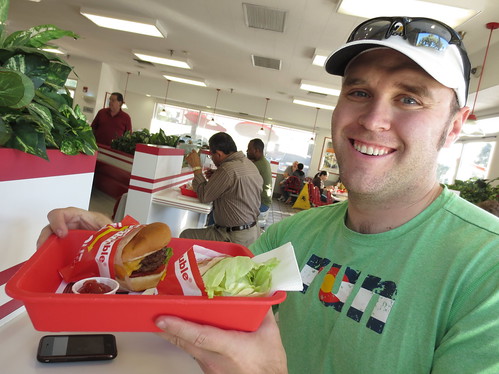 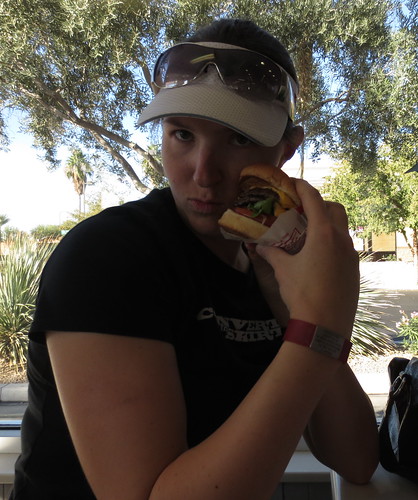 Saturday, we checked in for the four different areas we were volunteering for and then worked bike check-in, which was fun and informative. 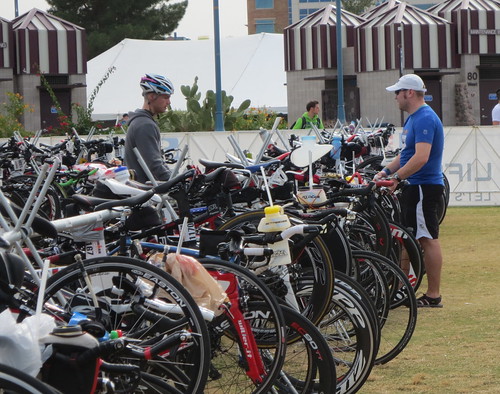 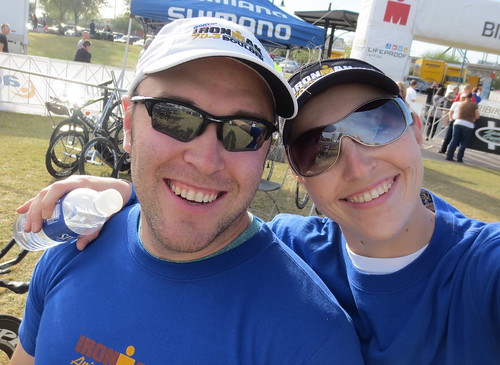 When we were done, we met back up with Uncle Bernie and Aunt Judy, who took us up to Greasewood Flats, a really cool restaurant up in the foothills. 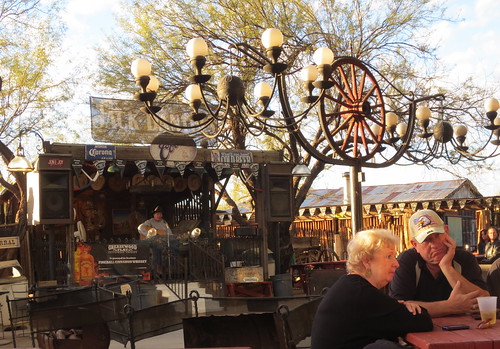 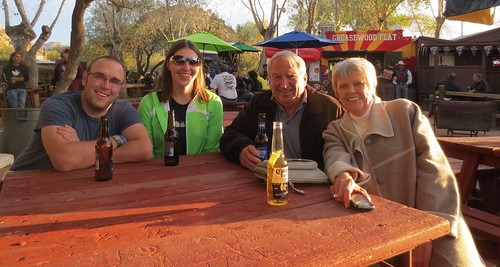 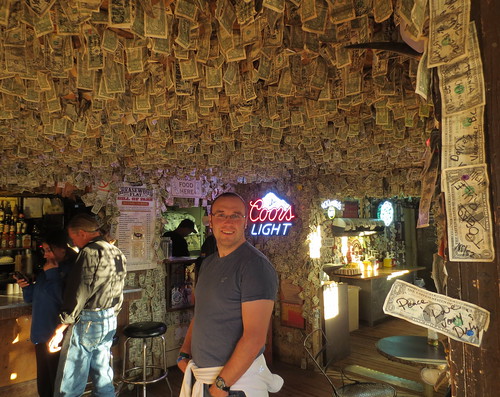 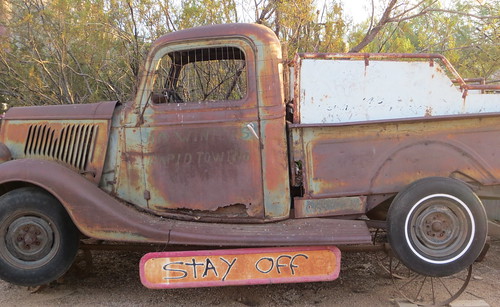 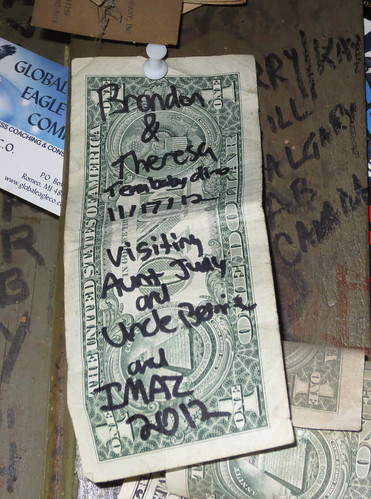 After a fun night, it was time to sleep, for we had an early wake-up call since we had to be at Tempe Beach Park at about the same time as the athletes. 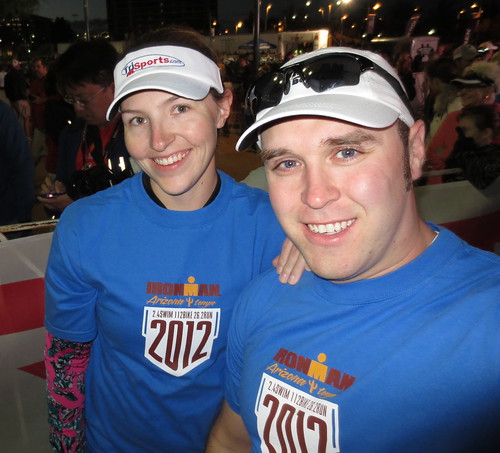 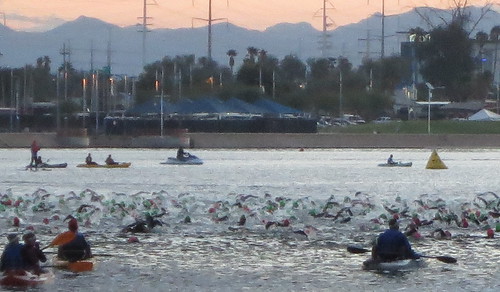 Athletes on their way.

We stripped/peeled wetsuits, took a break, and then it was off to sunscreening. 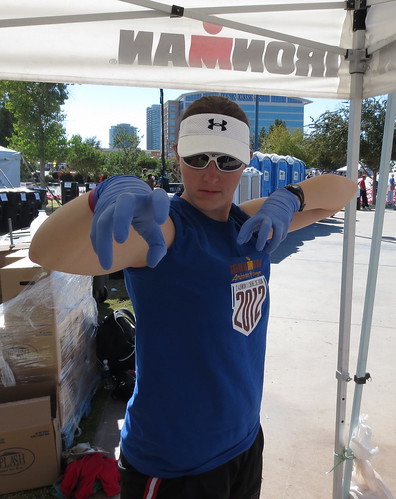 After sunscreening and another break, we volunteered at the TriSports.com-run run aid station, which had a disco theme. 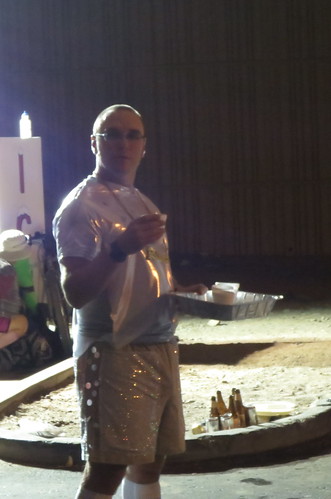 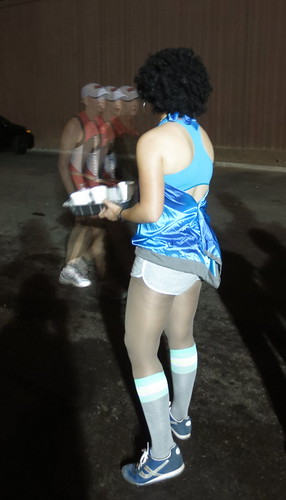 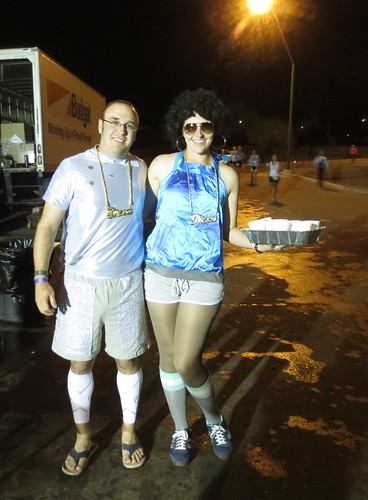 After that shift ended, it was off to the park again to camp out so we could be (first!) in line to register for next year. 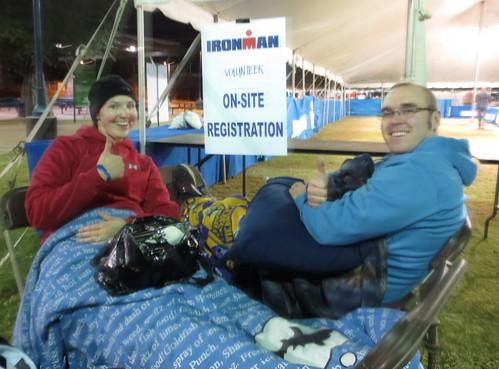 Given that online registration sold out in 40 seconds this year, this ended up being a great idea.

We took the rest of Monday pretty easy and then hit the road early Tuesday, taking the northern route out of the Phoenix area and Arizona and back to I-25 off of I-40, something I’d never done before. 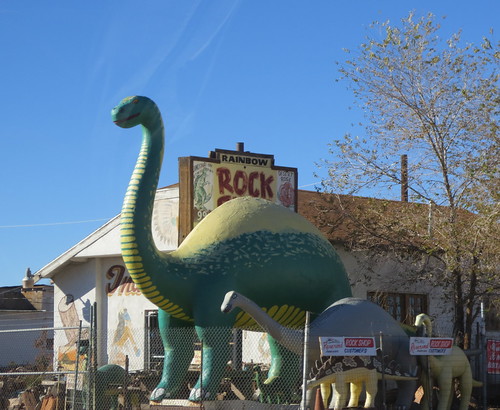 Then back home with plenty of time to enjoy Thanksgiving.