Like with Nightwish and Within Temptation, I learned about Sonata Arctica from my final college roommate, Amy. We technically had the chance to see Sonata (along with Nightwish) back in March, as they played in the Springs two days after Shinedown, but B had to work and we were both getting quite sick, so thought it prudent we not go.

Eventually we learn that Sonata was coming to town again and I was really kind of thinking I wanted to go, so fortunately, the timing worked out and we hit up their show at the Gothic.

We got up right near the stage as the night of the concert was in either the teens or single digit temperatures, so no one wanted to wait in a long line. We found street parking across from the Gothic so we could wait in our car until either:
A.) the doors opened; or
B.) the line started to get long.

In our case, it was (B), but we didn’t end up having to be out in the cold for long. We also saved our friend Jeremy a spot, as he was meeting us there.

The first act was Omnium Gatherum. 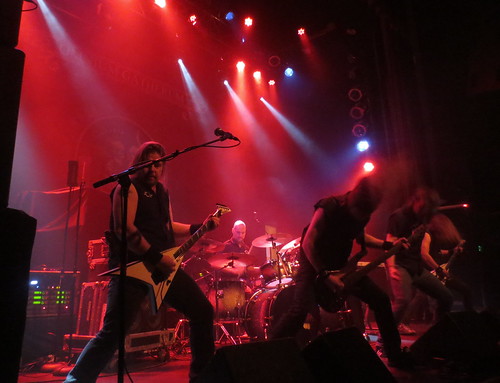 They were okay. B and I actually were smart for this show and wore earplugs, but as a result, the growls of the lead singer got basically muffled into dinosaur noises, which amused me to no end.

Next up was Leaves’ Eyes. 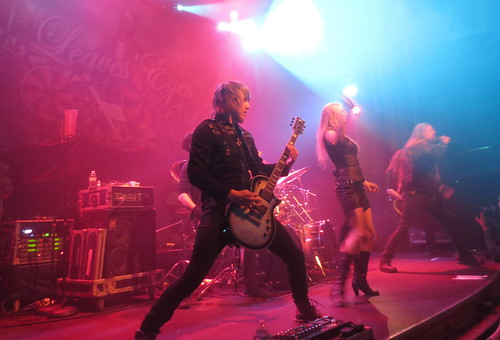 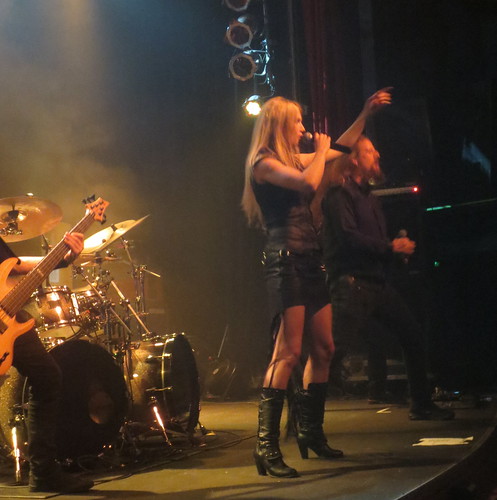 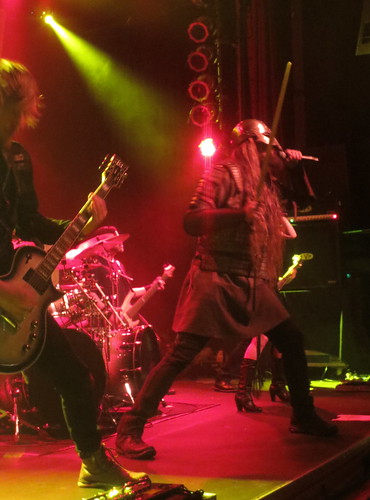 First of all, props to them for the proper usage of the possessive apostrophe. This grammar nerd appreciated that a lot. Secondly, we both thought they were good. It was a fun show, with it being audience interactive in that we did some sort of Viking chant/cheer thing and, as you see in the last photo above, the lead male singer came out in costume with a sword! Totally awesome.

Finally, Sonata Arctica. I’m trying to be better about enjoying shows instead of being so concerned about taking pictures, so as a result, I only have one to share from their act. 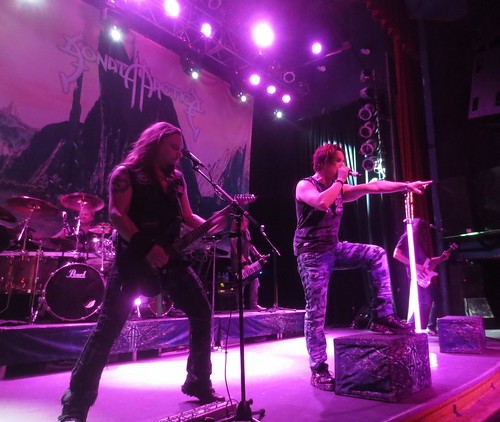 Overall, both of us were happy we decided to come to the show. It was obvious that the band has been together for a while and has toured for a while. We hadn’t really heard much of the new album, but I downloaded a few songs off of it the next day due to liking them so much. I also got to hear “Power of One,” which is an older song and doesn’t get played all that much (but is my current favorite by them), so I was super giddy about that.

Also, while in general I think wearing ear plugs was a smart move, I don’t feel like I got as good of an experience wearing them, missing the true feel of the music. I’m unsure on whether I’ll wear them again to a show, or whether I’ll just wear them for the opening acts (as I do really like my hearing …).

All in all, a good time, even though I’m still not the biggest fan of the Gothic for a show.