Saturday began early-ish. We woke up and went for a quick run to shake out the legs. It was only at 9 or 10 in the morning, but for Las Vegas on a Saturday morning? That’s early. The strip was quiet, and you get to see the “behind the scenes stuff.” 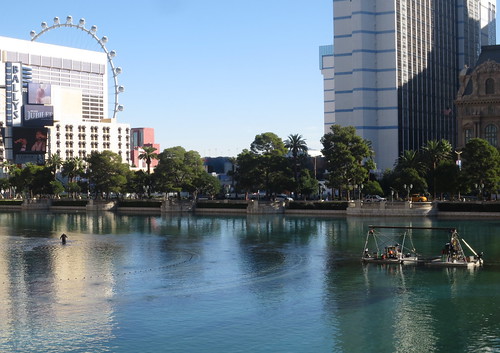 (Case in point – maintenance being done on the Bellagio fountains.)

After the run, it was off to the Bellagio buffet for breakfast/brunch and then to the Pinball Hall of Fame/Museum which was very cool and highly recommended. 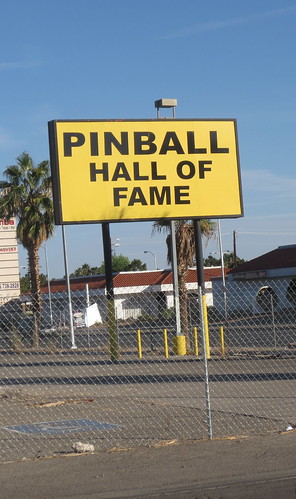 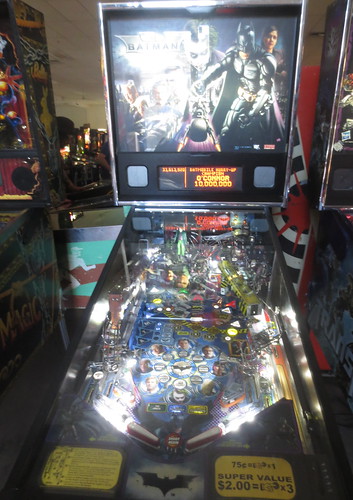 Walked in, saw this game, threw some quarters in … that was a good 10 minutes of entertainment. 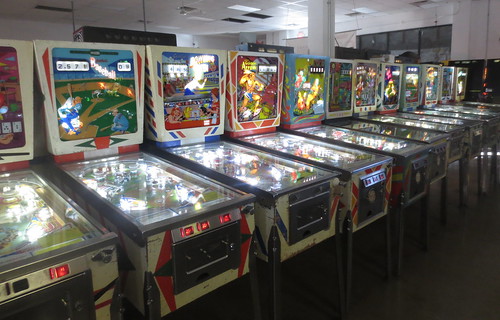 There were also quite a few very cool retro hockey games. I played them all. 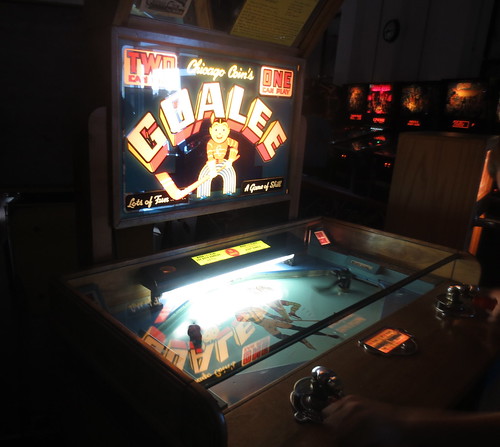 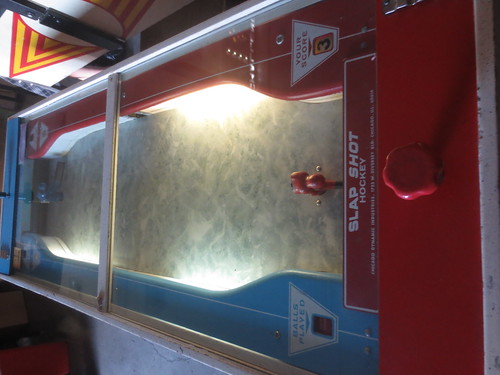 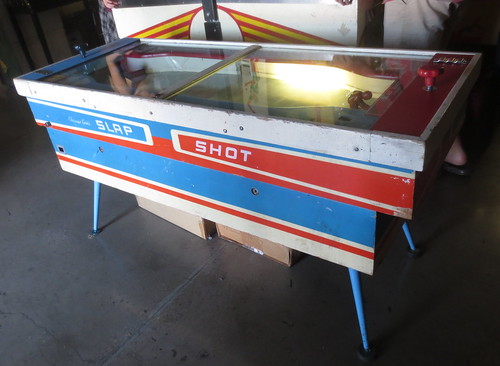 This was a hybrid between air hockey and bubble hockey. 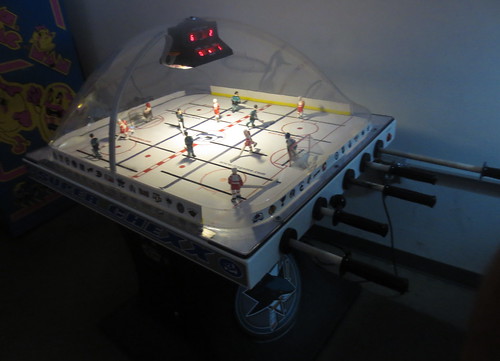 After the Pinball Museum, it was off to Mandalay Bay and the Shark Reef Aquarium. It … was okay. By general rule, you typically want to avoid aquariums in land-locked states, and Shark Reef proved the rule to be true. Still, we got to play with sting rays, so that made the visit worth it for us. 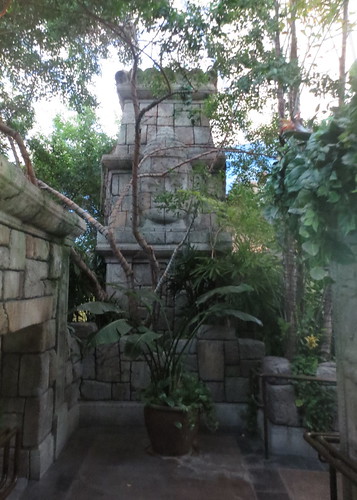 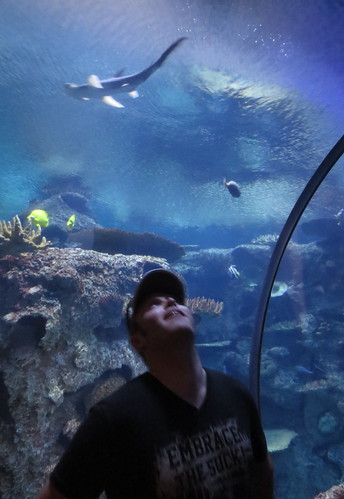 Brandon in the shark tank (he’s a nerd and likes the CNBC show). 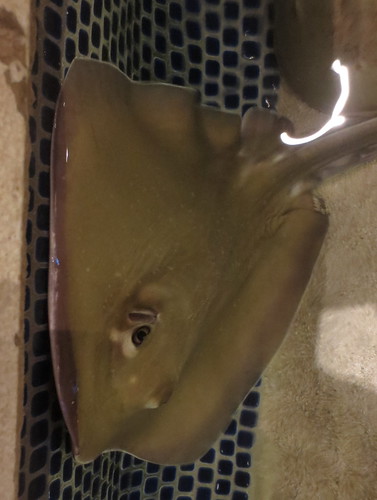 Splashy the Ray. He was awesome. 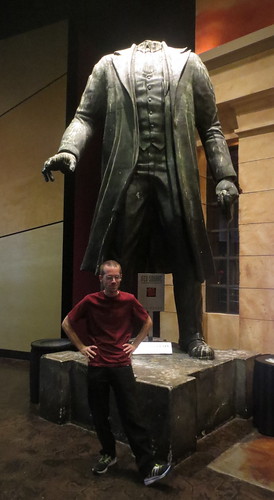 Our friend, a fan of obscure Russian historical figures, in front of the statue of Lenin outside Red Square restaurant in Mandalay Bay.

After Shark Reef, we wandered around shopping a bit and then got ready for our second nightclub of the trip – Marquee at the Cosmopolitan. 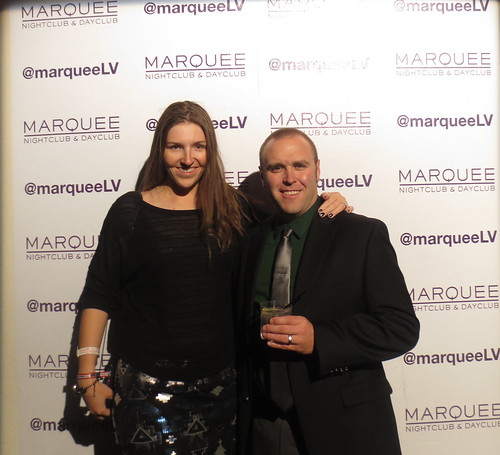 It … was okay. I don’t like crowds and climbing several flights of stairs in six inch heels and yeah. Like at Tao, we didn’t stay long. 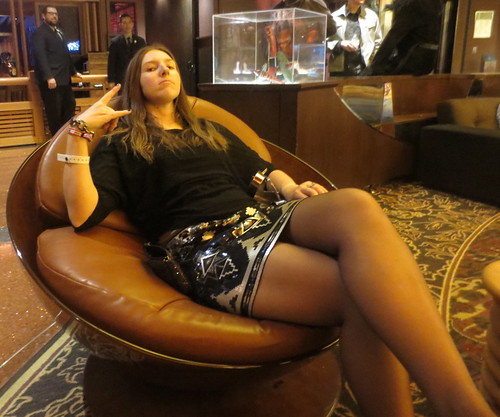 Sunday was a lazy morning sleeping in and then not a lot of wandering around – after all, we did have to race. 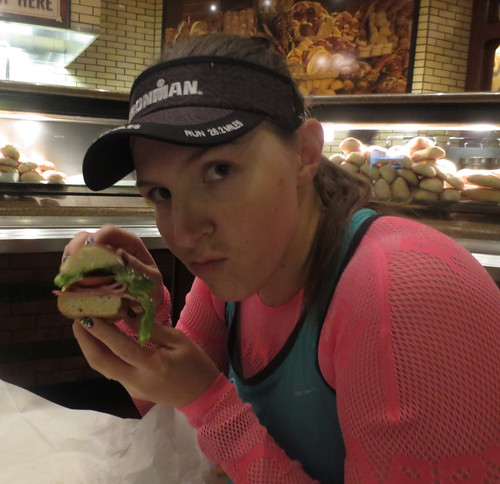 Playing with my pre-race sandwich.

The race … was okay. If you’re really curious as to how it went, mosey on over to the triathlon blog.

Monday was taken pretty easy. Brandon and our friend Mike played poker while I wandered around a bit. The most excitement that day was going to see Zumanity at New York New York. THAT was a cool show. I hadn’t seen a Cirque du Soleil show in years and this was one was just as awesome as the last one I’d seen. Again, highly recommended.

Tuesday … out of town and back to reality.