Like we so often do, we headed back to Minnesota for the State Fair last week. We drove up, both so we could bring our bikes to ride with a friend of B’s and so we could bring back some stuff of his from his parents (namely, his original Nintendo).

It was a weird trip; it wasn’t that good, really; I don’t know if it’s stale, or age, or a lot of stress (which I won’t be going into much here), or what, but I think we need a break. At least from the fair.

We left early morning on August 22nd and drove straight through. Stopped at Starbucks for breakfast, Golden Corral for lunch (easy way to get salad), and my Trails truck stop in Albert Lea for some ColdStone Creamery. Stopped at a rest area somewhere in Iowa, north of Des Moines, to get out and run a mile. Stopped at a bar to meet some friends of ours for a drink and nachos, friends we haven’t seen in years but will be seeing again soon out here in Colorado. Finished at the Marriott near the airport and Mall of America.

Thursday was mainly mall day. Walked over after breakfast to get coffee (at both Starbucks and Tim Horton’s … and sugar at Cinnabon) … and waited for the mall to officially open since we got there a bit early. Oops. 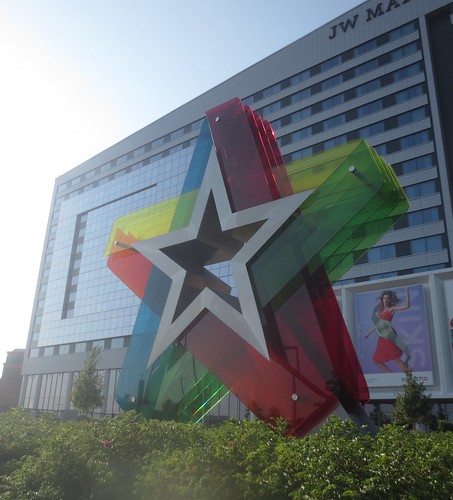 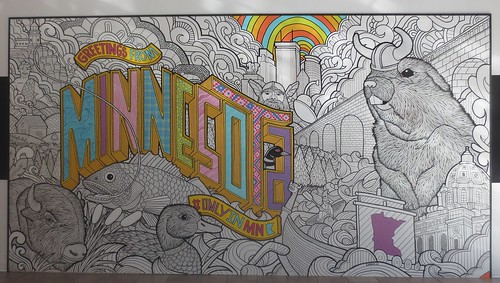 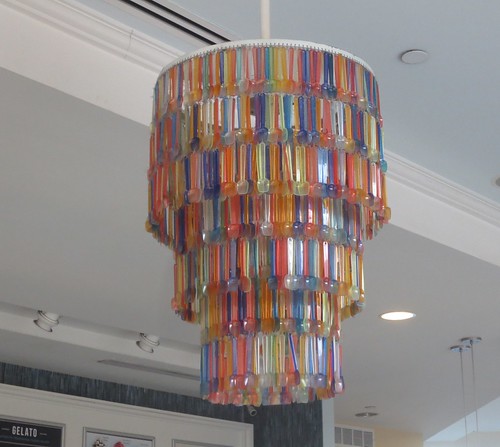 We didn’t get too many things – a candle and some Minnesota stuff for B, some new markers for me from the Crayola store – but it was okay. We ate food court stuff for lunch (me Panda Express, B Chick-Fil-A) and I also had a mid-afternoon cappuccino from the Nordstrom eBar.

Post-mall, we drove around B’s old neighborhood in Burnsville, as he hadn’t seen it/been over there in several years. I saw where he cut his hockey-playing teeth and we played on a playground.

Dinner was cobbled together from the hospitality suite in the Marriott.

Friday morning, we rode with Tim in the rain before heading to Cossetta’s in St. Paul for lunch and some time at the Science Museum of Minnesota (using that reciprocity).

The museum was a touch disappointing – at least for adults. Super hands-on for kids (and there were tons of kids there), but a little meh for us. 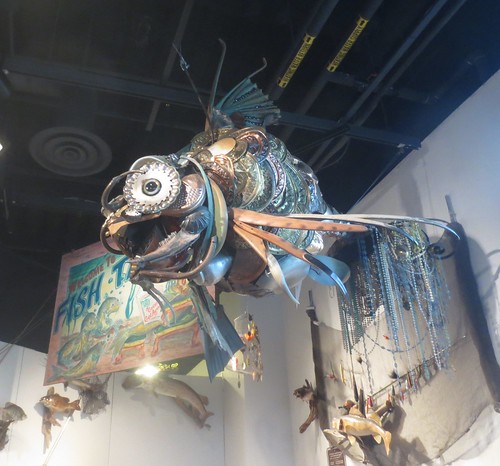 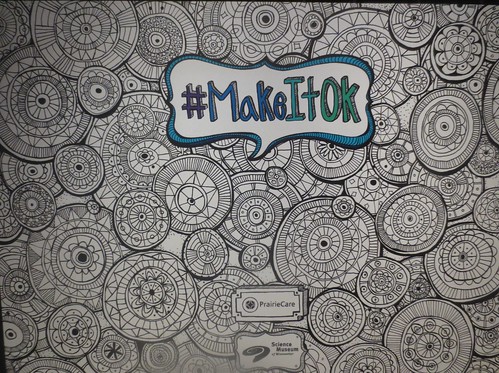 There was a really cool exhibit on mental health, explaining it in a way that all of us can understand. 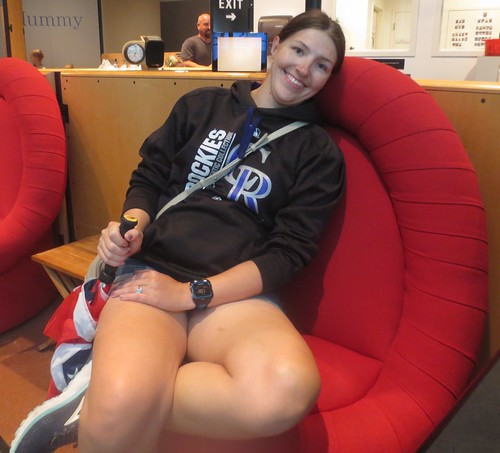 Post-museum, we headed back to the Minneapolis side of things to do date night at the mall. We fell back on an old standard, Benihana, and then went up to the fourth floor to play a whole bunch of games at GameWorks. Easy, simple, and fun.

Saturday we slept in a bit before heading up to B’s parents house for most of the day/afternoon. I had a few things I needed to do after that, so we did those errands and then rode bikes for a tiny bit. Post-bikes, our standard breakfast-for-dinner pre-race (Perkins edition) and then just laid low the rest of the night.

Sunday morning we ran the Milk Run 5K (which if you want to know how that went, head on over to the tri blog).

After the race, we headed back to the car to clean up a bit and then into the fair. I should mention we had a free post-race breakfast sandwich from Giggles Campfire Grill that was TERRIBLE. When we got back in the gates, we took a beeline towards the Agriculture Building to make sure we could try a brand new apple we heard about – the First Kiss. 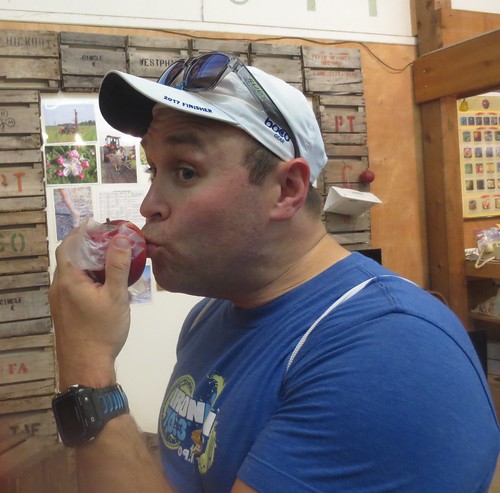 This apple is still a year or two from hitting stores, but it was pretty tasty. Of course, one of its parents was a Honeycrisp, which is basically the best apple out there, so it’s no wonder.

Our next stop was to French Meadow for some coffee and then on to the West End Market to try one of the new foods – Nordic Waffles. 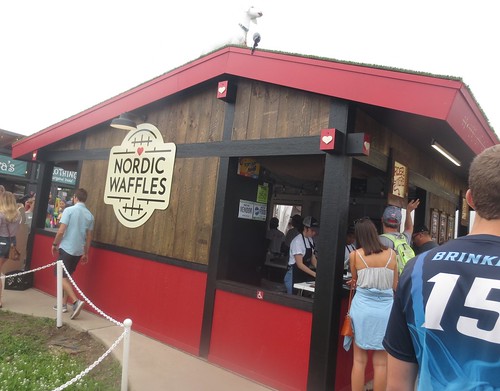 It was a super popular booth – about a 25 minute wait to even order and then about another 20 minutes to get the waffles. They have seven different varieties – we tried two: the Breakfast All Day and the Cinna-Sugar-Butter. 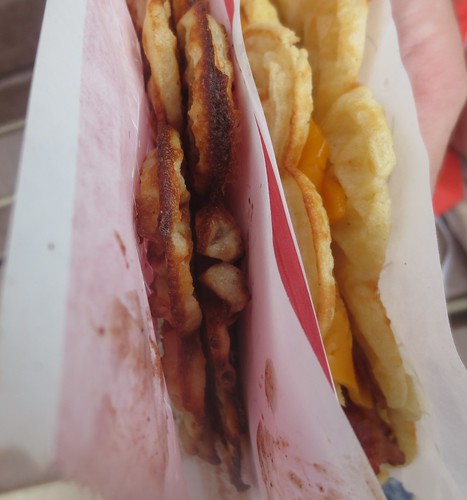 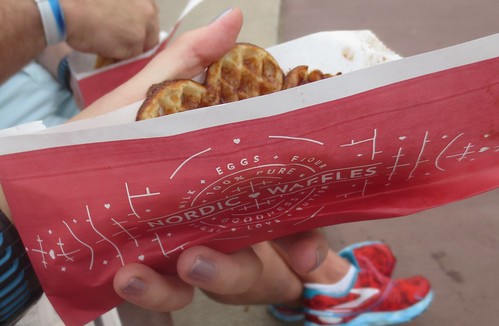 The breakfast waffle? Totally worth the wait. The sweet one? Needed more butter, we think, for it was a bit disappointing.

From there, we walked over to the Dairy Building to get our free malt/sundae/whatever from the race, making some detours along the way. 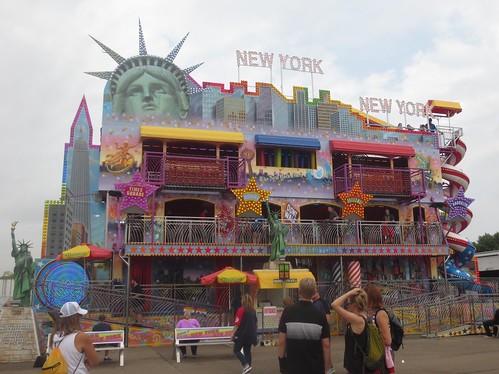 I didn’t get a picture, but B got his malt (really more of a shake) and I got a chocolate sundae. Really, it tasted like Dairy Queen’s. But it was free, so meh.

Our next stop was the poultry barn, because chickens. 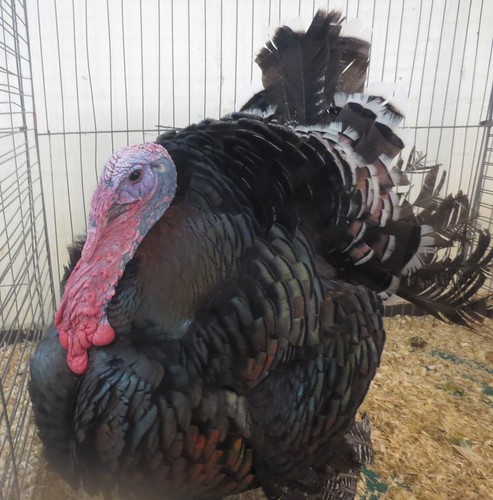 We actually got to pet a Silkie chicken, which was amazing.

The humidity was starting to kill us at that point, but we kept persevering. Or trying to. 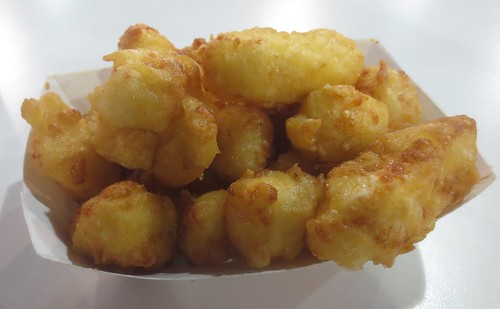 It is not a fair trip without cheese curds.

We headed over to the corn roast after that to split an ear of corn and both decided the humidity was too much, so we headed back over to the West End Market to pick up a Christmas decoration purchase we made after our waffles (a retro hockey skate with greenery). B couldn’t decide whether he wanted more food or not (I totally didn’t), so I sat down while he went and got a pickle dog. 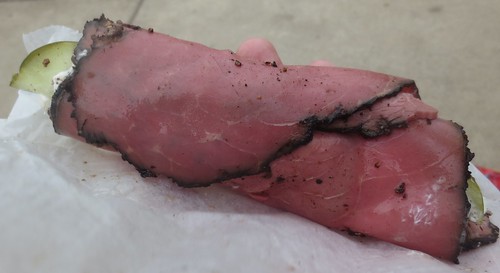 Pickle wrapped in cream cheese and pastrami. No, I did not try it. Blargh.

As it looked like rain was rolling in, we decided to head out for the day. We went back to the hotel to shower and then wandered over to the mall for dinner.

Monday morning, back on the road, and back to Denver.