So there has been an exhibit at the Denver Art Museum for a few months now titled, “Star Wars and the Power of Costume.” The exhibit is a traveling one that shows the whole journey of dressing the Star Wars universe. The exhibit has everything from storyboards to final costumes, and has different in-depth stories about the various pieces.

Like how the Jedi are purposefully made to look biblical because they are “good.”

Like how Han Solo’s outfit is more reminiscent of an old west gunslinger as opposed to how we’d think some space dude is supposed to look.

Like how ridiculous of a process it was to put on the Darth Vader costume.

And so on. The exhibition closes here in Denver April 9 and I really wanted to make it to the DAM before it closed, so we picked a day last week and went. The following are a smattering of pictures from the event. 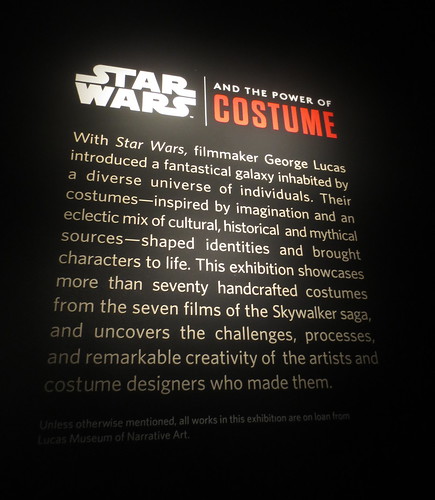 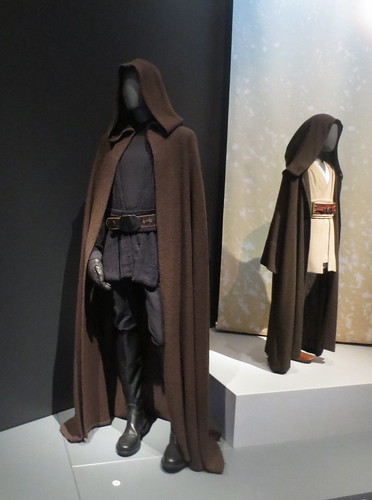 Luke Skywalker’s outfit on the left and I believe Anakin on the right. While most Jedi are in white and brown, Luke’s outfit is black at this point (I believe this one was from “Return of the Jedi”) due to the nature of the dark side creeping in. 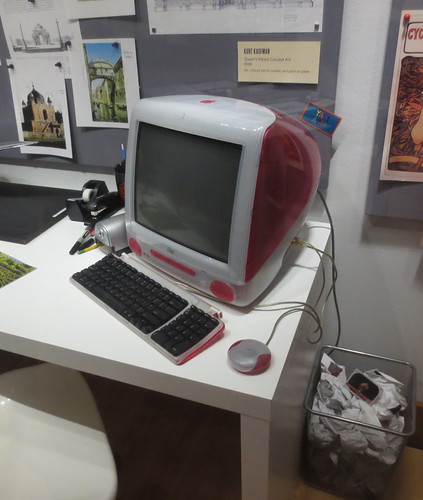 I totally remember using these iMacs in high school … 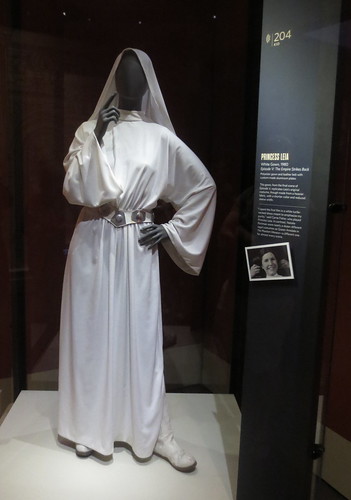 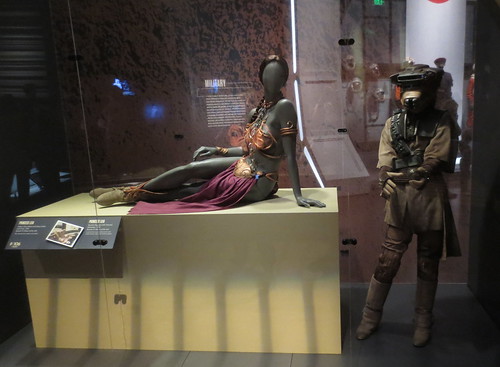 The iconic bikini as well as the disguise Leia uses to free Han Solo from Jabba. 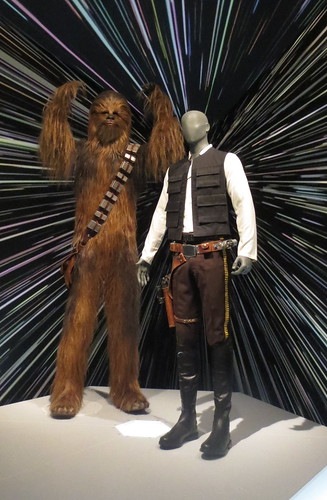 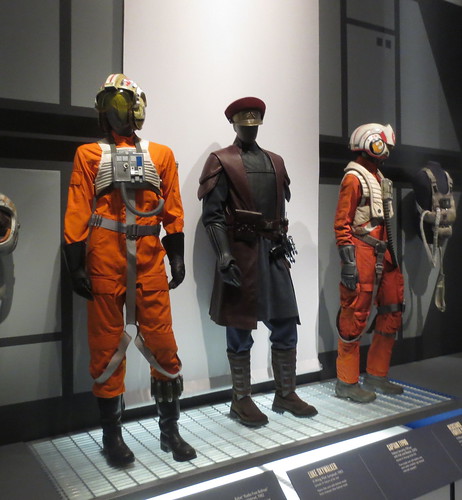 Rebel fighters. Joked to B that if he were in Star Wars, this is what he would wear. 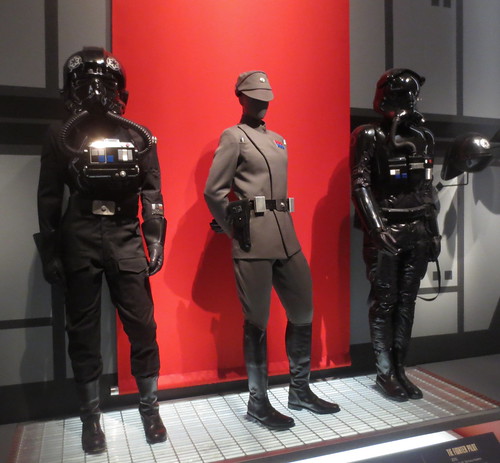 … B’s response was that TIE fighters were cooler so he’d be in these flight outfits instead. 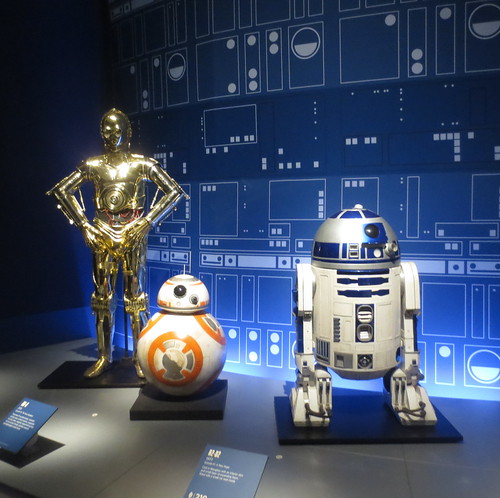 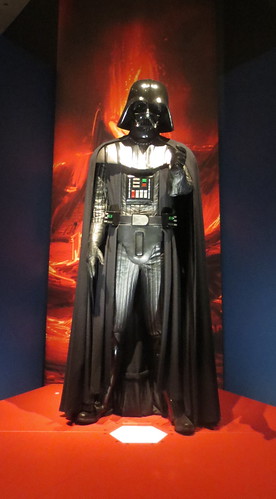 Darth Vader, I believe from the Hayden Christiansen days.

Cool exhibit. I think there’s a more permanent version of the exhibit at the Smithsonian in Washington, D.C., but after it leaves Denver, it’s also heading to the Cincinnati Museum Center in Cincinnati, Oh., and the Museum of Fine Arts, St. Petersburg, in St. Petersburg, Fla.