Since we so thoroughly enjoyed ourselves at PBR at the Stock Show last year, we decided to go again this year. I also learned the lessons of last year and bought better seats.

Continuing on with the “learning from history” theme, we also chose NOT to eat at the Stock Show itself, choosing instead to go to the Stockyard Saloon, which is basically on the grounds, but outside the paid admission area. The place is fairly old school – our beers were in cans! – but it wasn’t bad. We both had salads, I had a bacon cheeseburger and Brandon had a steak sandwich. The only thing that truly disappointed both of us was that the cheese on the cheese fries? Melted cheddar grossness. Like cheddar sauce, not actual shredded and THEN melted cheese. Some people like that … not me. I like my cheese not in liquid form.

After dinner, we headed into the Stock Show itself for a few moments. We were considering going to a PBR 101 thing, but ended up not quite having enough time. As a lot of the stuff is the same year after year (and Brandon’s foot was killing him), we mostly just hung out near the horses and talked to them before heading over to the Denver Coliseum

The bull riding itself (as well as team penning – got to see that again this year!) was awesome and the new seats weren’t bad. I think if we want truly good seats, we’ve got to hop on them as soon as they go on sale …

(Also: I need a better camera or figure out a better way with my point-and-shoot to get action shots …) 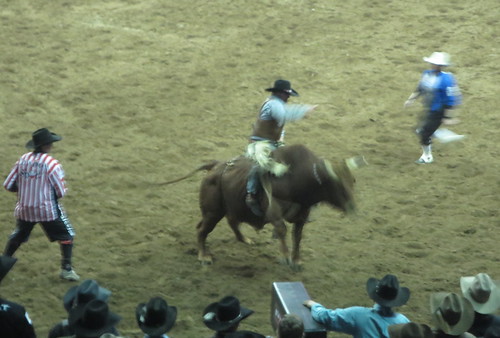 Yes, the bull is bucking even though it doesn’t look like it here. 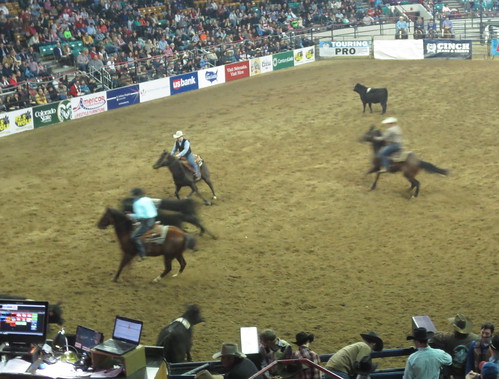 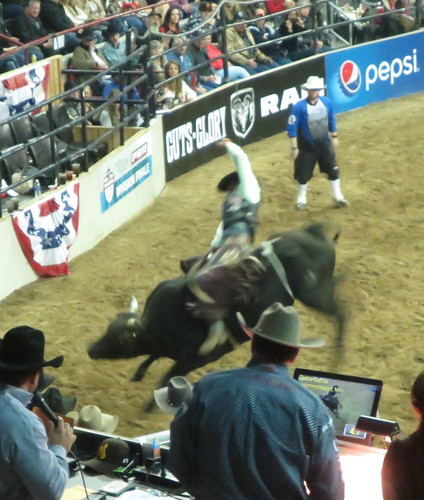 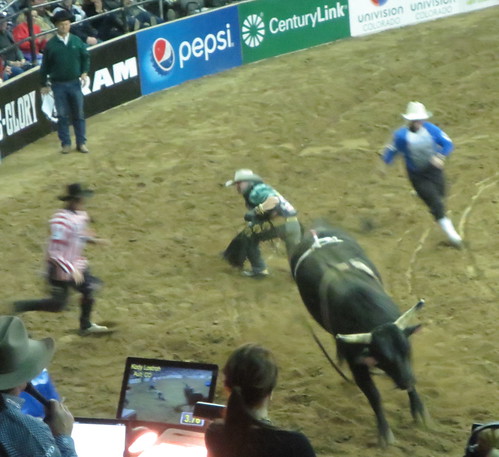