Also known as the other stuff we ate. I didn’t remember to take pictures of everything, but I got most things.

Day One, if we recall, started out at the hotel for breakfast (and a stop at Dunkin’ Donuts), with Union Oyster House for lunch. Dinner that night was at my favorite Thai place from college, Brown Sugar Cafe. 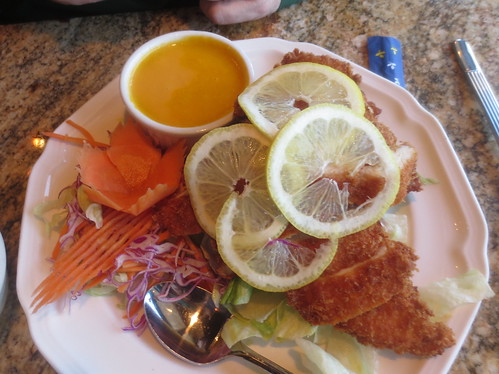 Brandon had the lemon chicken. 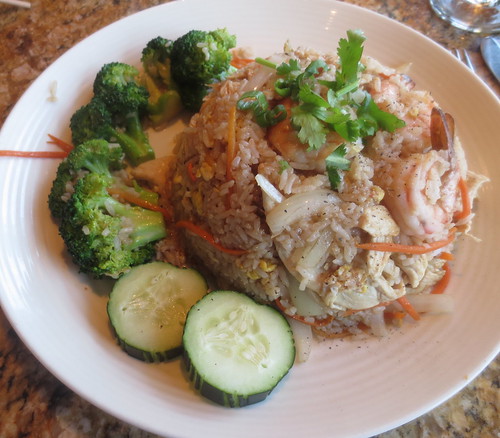 I still dream about this fried rice. I cannot find ANYTHING like it here in Denver. I’ve tried recreating it in the kitchen with no success. I adore this dish so much.

Afterward, we went to Angora Cafe for the best frozen yogurt around. Most places have x amount of machines with flavored yogurt. Not Angora. Angora has a plain yogurt that you can mix in whatever flavor you want. I want coffee? They mix it together with ACTUAL coffee. It’s amazing. 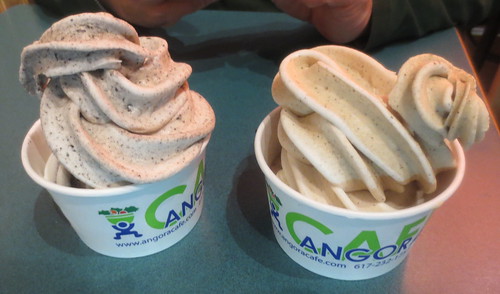 Brandon’s Oreo on the left, my coffee on the right. Perfect way to end the first day.

Day Two we mostly talked about in the previous two posts of the series, but we had a bite at Anna’s Taqueria with friends (I ate a chicken quesadilla) and we also split a delicious Oreo cannoli at Mike’s Pastry. 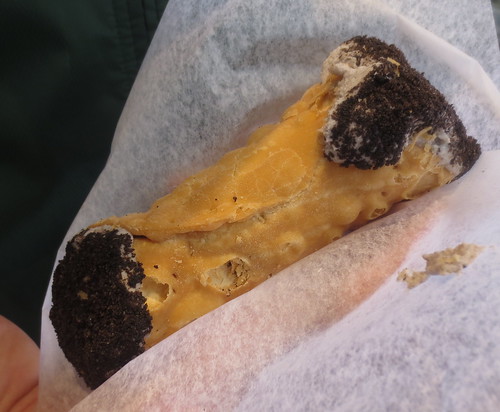 Oreo is the way to go.

Day Four started off with the strong breakfast game, got a bit weaker as we quickly snarfed a mushroom cheesesteak from D’Angelos before we went to Blue Man Group, but the night picked up with delicious dinner from T. Anthony’s. 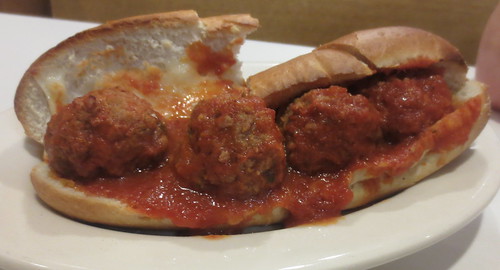 Brandon had a meatball sub. 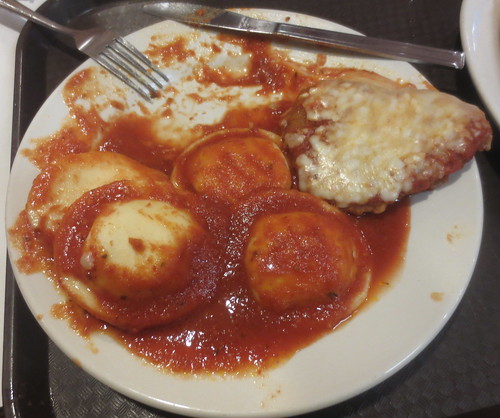 I had the chicken parm, which is just as amazing as ever and is still (in the humblest of opinions) the best chicken parm on the planet.

Day Six, Marathon day, was a lot of grazing (really not a lot of eating), but we did hit up Spike’s for their amazing poodle fries with cheese. I snarfed most of them before I realized, crap, photo: 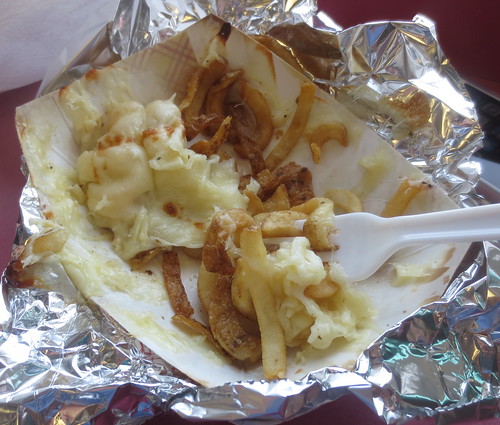 Day Seven saw us split another Oreo cannoli from Mike’s, and we also tried their cheesecake. 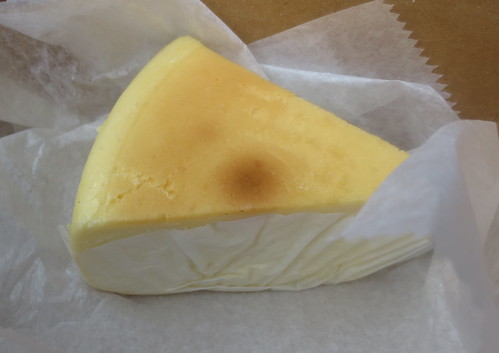 It … wasn’t bad, but I believe I’ve had better. Maybe it was because we’d been carrying it around half the day before we finally dug into it.

As this was also the disappointing lobster roll and dill chowder day, we decided to end Boston on the highest of notes with another stop at Brown Sugar for Thai fried rice, Angora for more froyo, and T. Anthony’s for a slice of the reason I don’t really eat pizza in Denver. 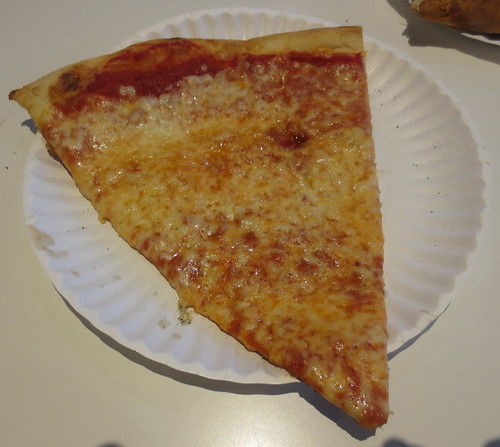 Boston, you have spoiled me, food-wise, for so many things. Never, ever change.