Every February comes a wonderful little sporting holiday for Boston-area college hockey fans – the Beanpot. On the first two Mondays in February, four schools (Boston University, Boston College, Harvard University, Northeastern University) play each other at the Garden for a literal silver beanpot trophy and bragging rights around the city*. Having gone to one of the schools, I like to try to watch the games.

Living in Denver and not having NESN on my TV package can make it a bit tricky. The alumni association has organized watch parties in the past, but hasn’t for the past few years. The last one they organized, however, was at The Elm. 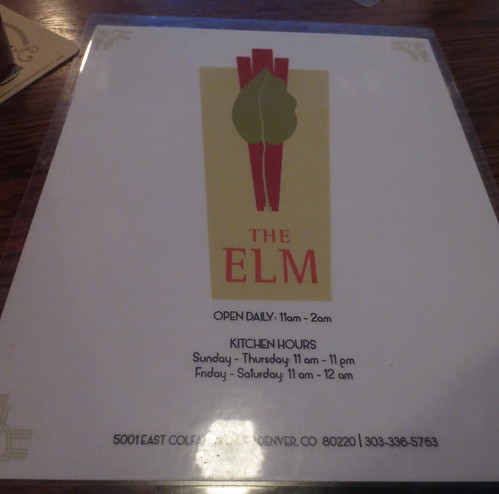 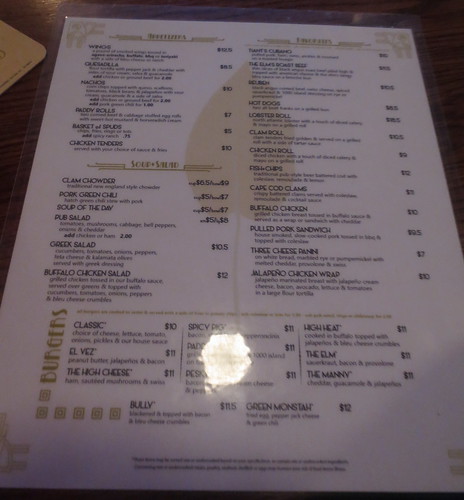 The Elm, on East Colfax, is a Boston bar and a really fun little joint. Since we’re always there on Mondays, B usually partakes in their burger deal which is a $7 burger and fries/side. 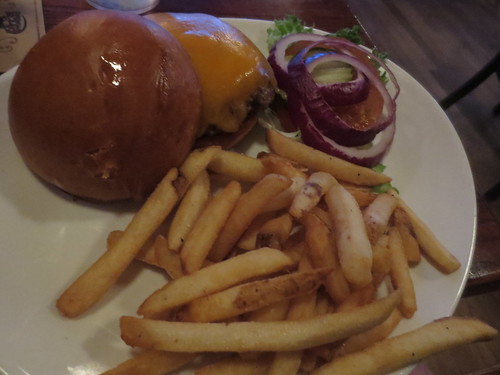 I’ve stolen bites. It really is a pretty tasty burger.

Yesterday, I actually decided to try their clam chowder. 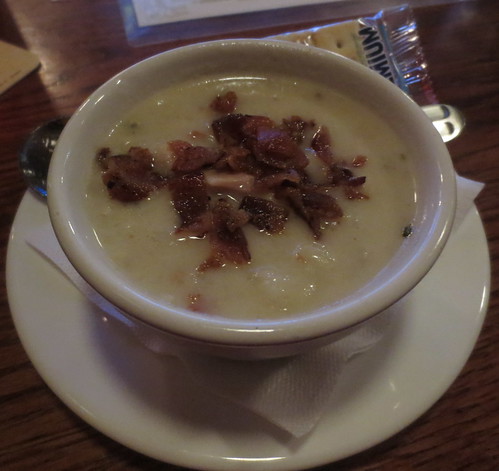 They call it a traditional New England clam chowder. It’s … okay. It’s so hard to find good chowder not on the coasts of this country. Brandon thought the base was a little too thin and I found it a bit too peppery for my tastes.

What I usually get, though, is their lobster roll (because of course). 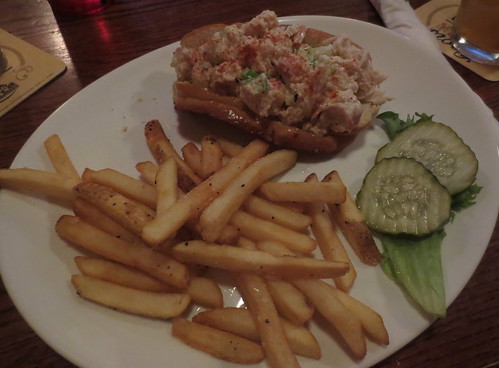 They diced the celery a little finer on my second go around this February which made it a lot better, but this is definitely one of the better lobster rolls around. Chock full of large pieces of lobster on the proper bun (which, as I’ve said before, makes SUCH a difference), I would definitely recommend it.

Our friend Jeremy joined us and got the fried clams both nights. I didn’t snag a picture, but he says they’re as good as any he had when living back East (I tried them; they were good, but I have no reference point). We got chatting with the Elm’s general manager after the game and she said to try their roast beef sandwich, as it’s apparently really close to Massachusetts legend Kelly’s Roast Beef, which I’ve never been able to try.

If you’re a Boston ex-pat (ex-Pat? Ha …) living in Denver or just love a good lobster roll, check out the Elm.

*The women’s team of each school also participates in a women’s Beanpot, typically held on the first two Tuesdays of February, with the exception being this year due to Valentine’s Day.