After Ironman, we went to Boston for a few days. Brandon’s team, the University of North Dakota was playing mine, Boston University, in hockey. Since we couldn’t go to Grand Forks last year when BU played up there, we decided to take a few extra days after Arizona and head to Boston.

It was a simple trip – not too much touristy stuff – we mainly walked around a bit on a clam chowder tour of the city – four cups of chowder in two days. But it’s Boston, and we both love the city, so it was worth it. 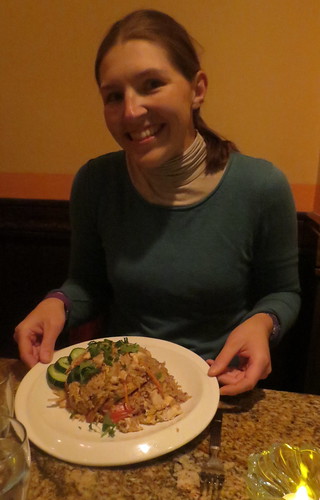 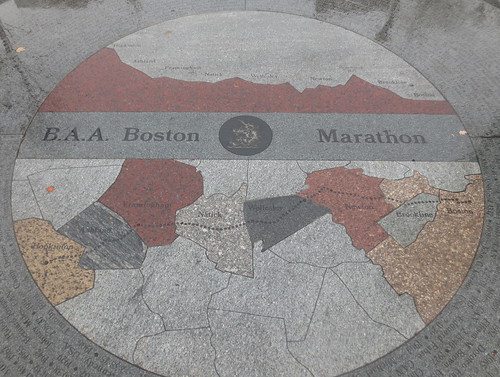 All my time in Boston and I somehow never noticed this in Copley Square. All the names of the marathon winners (male and female, able-bodied and wheelchair) are engraved around it. 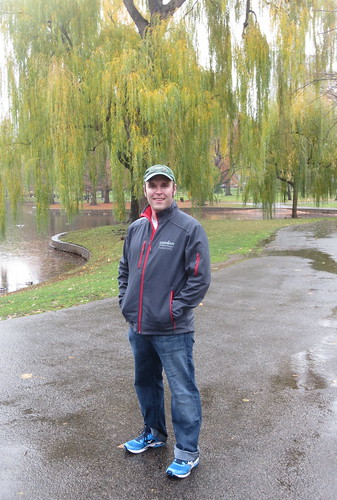 Brandon in the Public Gardens. 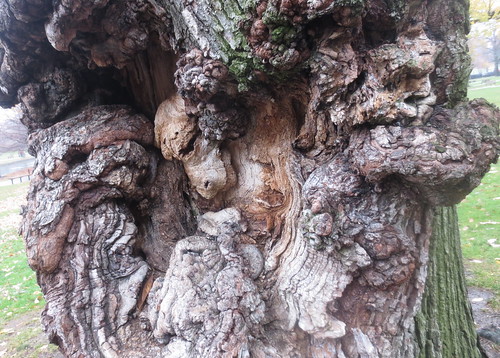 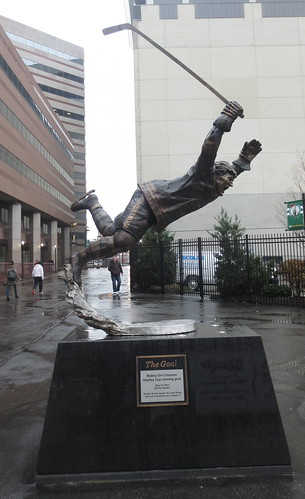 Bobby Orr “Goal” sculpture outside of the new Garden. 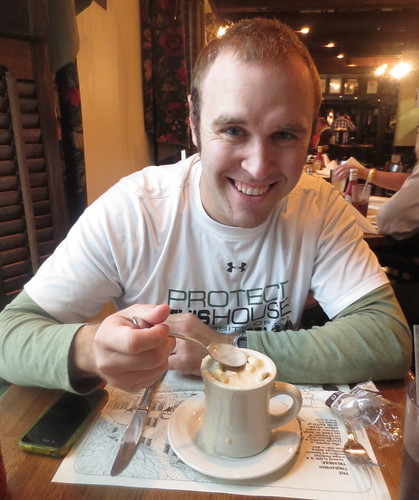 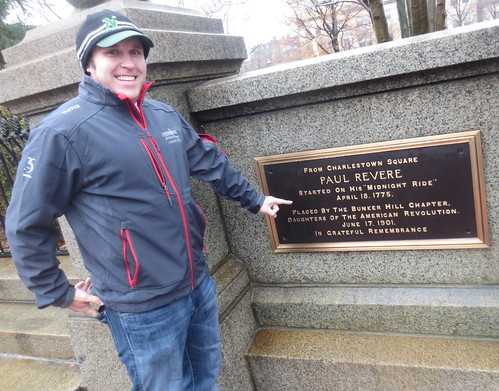 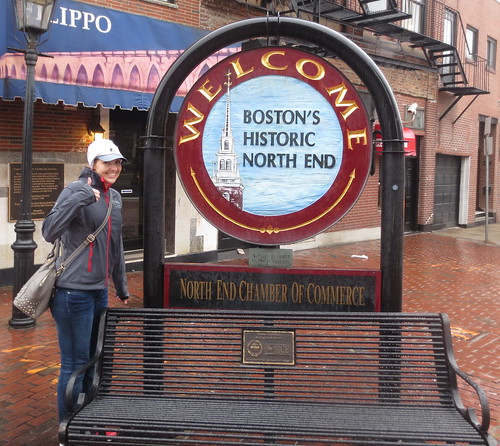 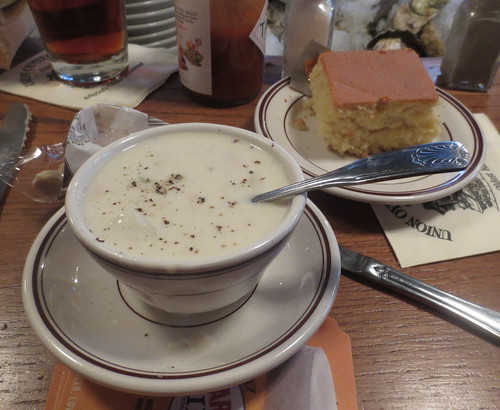 Chowder stop number two: Union Oyster House. Cornbread was fantastic alongside it. This was probably ultimately our favorite of the four. 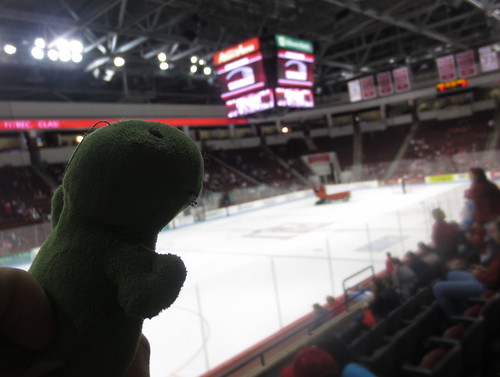 BU dino Gustave at Agganis Arena for the first time (for a hockey game). 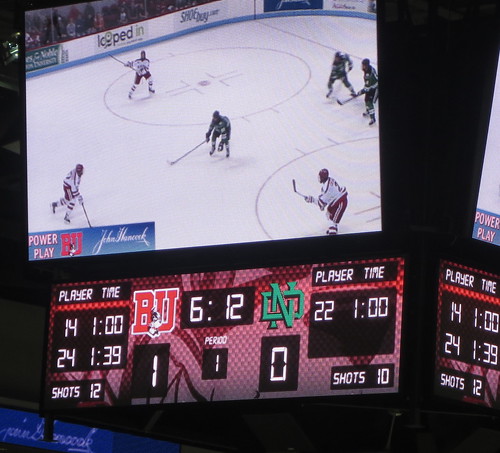 Hockey people will know why this scoreboard is a fail. 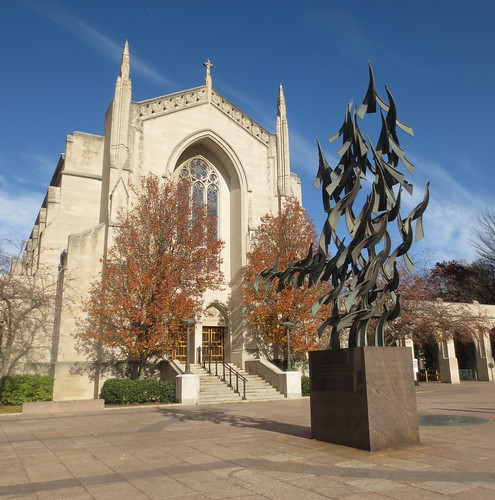 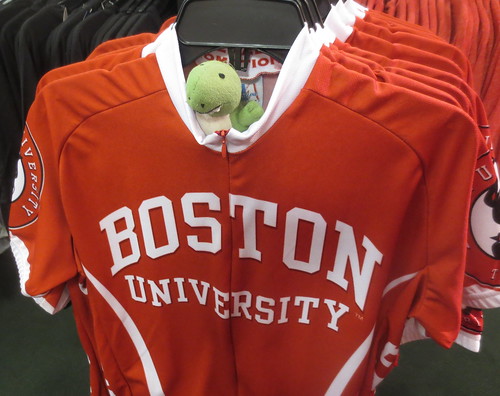 Gustave in a BU cycling jersey. 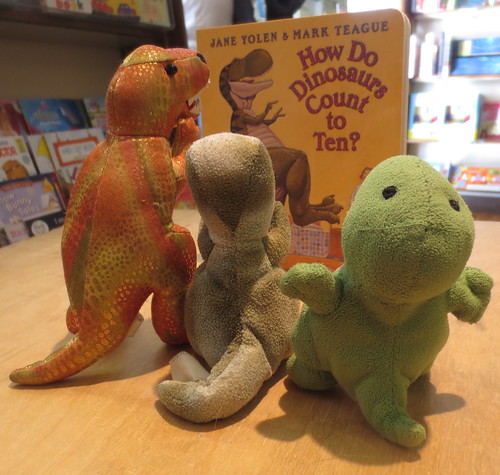 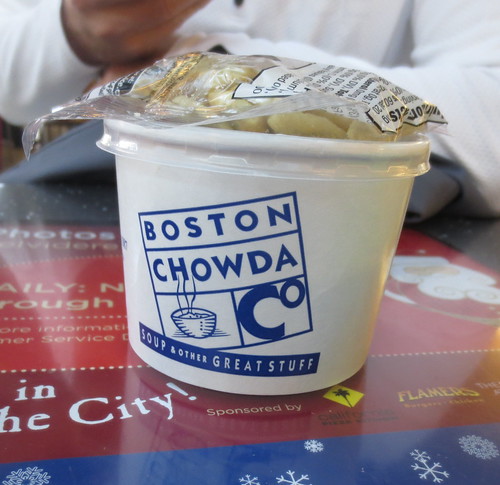 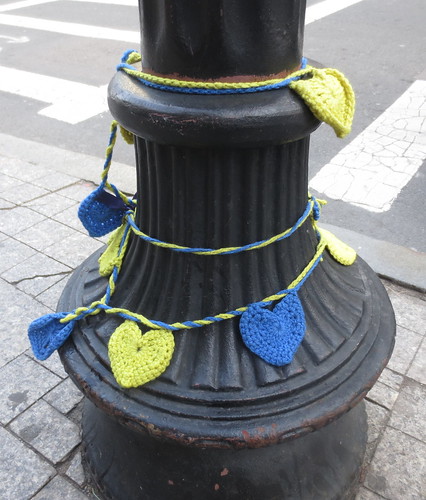