So clearly it seems like I’m doing a September road trip every year now … which I guess makes sense, given that our anniversary is in September and we often find a trip to do this time of year. This year, we knew we needed to be in California to race Ironman 70.3 Santa Cruz, so we decided to drive on out and then hit Las Vegas on the way back.

We left fairly early Wednesday morning, with Salt Lake City, Utah, as our final destination. We had a few options – through the mountains on I-70, adding some extra time to go through Dinosaur, or up I-25 and cut across Wyoming on I-80. Ultimately, we decided on the latter, which was an awesome decision. Wyoming went by super quickly. Utah? Well, Utah is weird.

We rolled into Salt Lake City … and, more to the point, the suburb of Layton, so we could see the house that B lived in for a few years when he was younger. 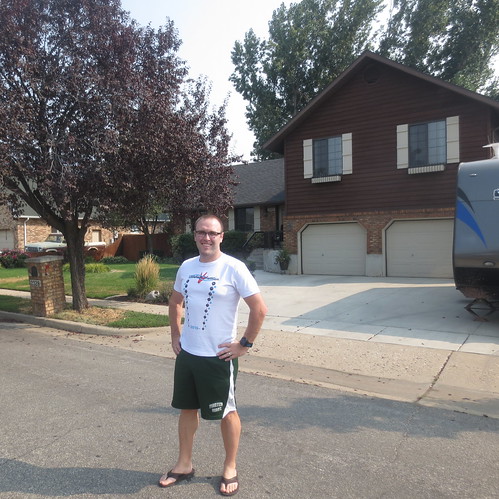 It was about as he remembered, with slightly different landscape.

After some deliberation, we decided to keep pressing on to the border, choosing to stop in Wendover, Utah. Which ended up being awesome, because we were able to stop at the Bonneville Salt Flats. 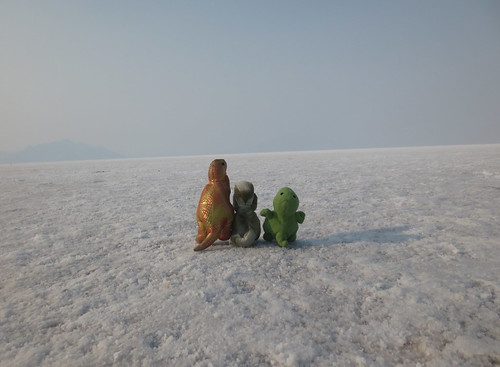 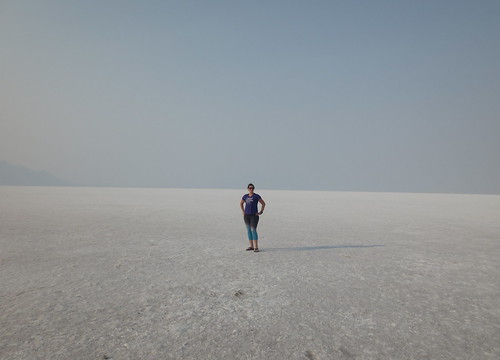 On the salt flats. 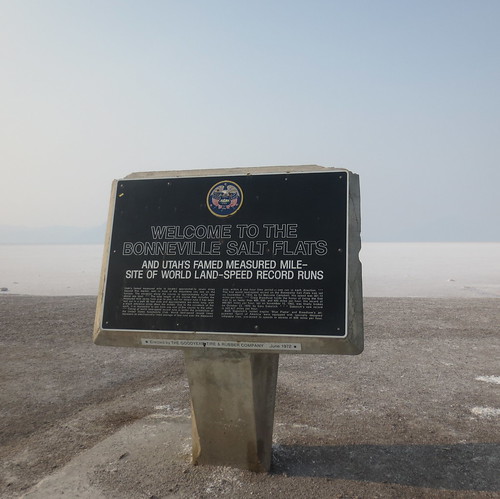 I in theory could have driven Fiona on them, but chose not to.

In Wendover … we stayed at possibly the sketchiest Quality Inn we’ve ever encountered. Seriously. I didn’t feel safe leaving our (thousand dollars worth of) tri bikes in the car, so we unpacked those even though we hadn’t planned on it until Santa Cruz. I’m also pretty sure I slept like crap thinking I was going to die. We had to close the security door because it had been propped open for who knows how long.

FUTURE NOTE TO SELF: ALWAYS READ THE REVIEWS. ALWAYS. 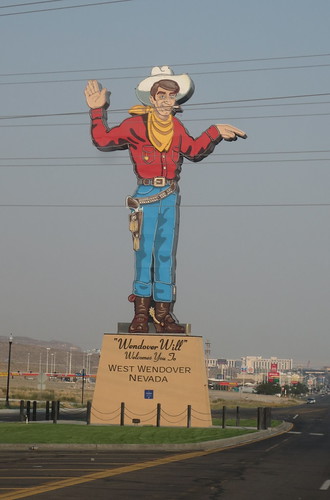 We stayed on the Utah side of things.

After the worst night of sleep in a really long time, we woke up at least a good hour earlier than planned, packed the hell up, ate breakfast at one of the random casinos on the Nevada side of things, and got the fuck out of Dodge. 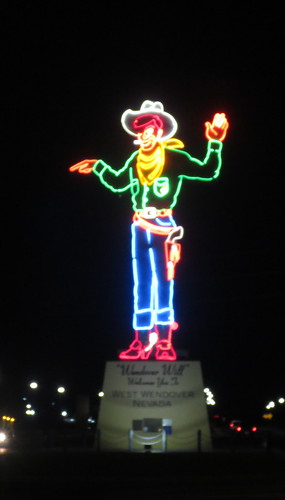 Peace out, Wendover Will.

Most of the day was spent driving across Nevada. So exciting, in general. 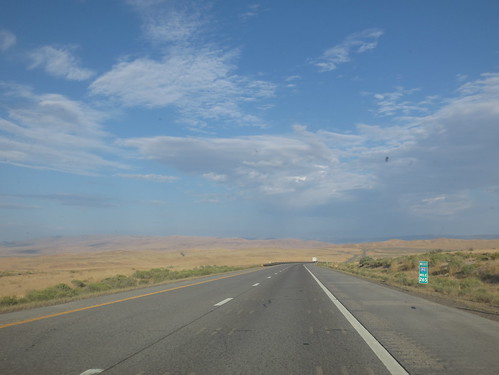 We did make a tiny detour in Reno, just for a picture and to pop into the Circus Circus where I do actually remember visiting when I was a wee child. 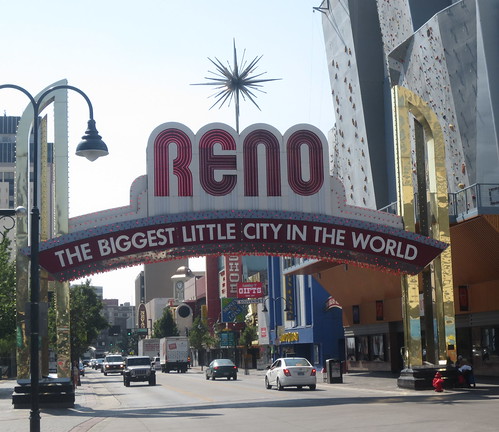 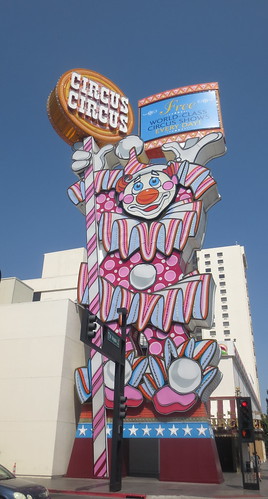 After Reno, it was just pressing on to Sacramento to see where I lived for a few years when I was a kid. (I’m a Colorado native, but we did spend a few years in the Sacto ‘burbs thanks to a job shift of my dad’s.) 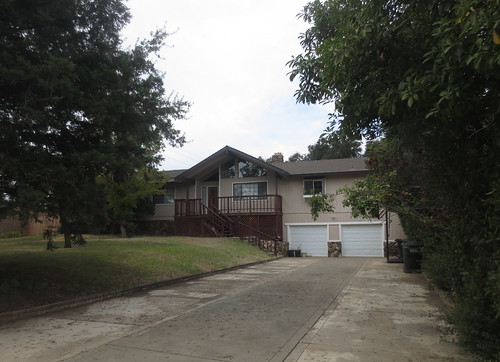 I don’t miss you, house. However, you’re missing your lilac (honeysuckle?) bush in front. 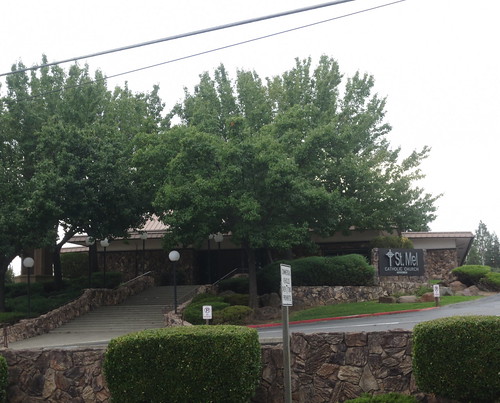 Church we used to attend. The school we went to is to the left and down the hill.

For dinner, we went to a burger place we used to go back in the day, Jasper’s Giant Hamburgers. 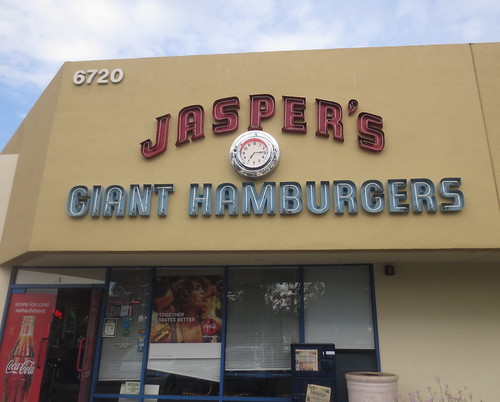 It totally still looks the same. 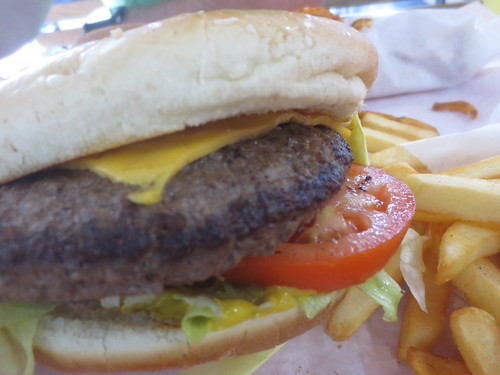 As for the taste? Welllll, let’s just say good ol’ Jasper’s can stay on Memory Lane. Beef was very mediocre, and the fries are now normal as opposed to the fried potato rounds (think the buffalo chips from Buffalo Wild Wings) they used to have, which were the bomb.

After dinner, we went to our (happily researched, safe area) Springhill Suites in Roseville, another Sacramento suburb.

When we pick back up … our second installment will be Santa Cruz!