Probably should have done this one before the holidays post, but I forgot when we actually did this until I looked at the dates of the photos. Oops.

In any case, the Denver Museum of Nature and Science held a Mythbusters exhibit this fall/winter (it ended in early January). Both Brandon and I used to be huge fans of the show so when we saw all the billboards around town advertising the exhibit, we decided to go. With Ironman, it kept getting put off … until right before Christmas when on the 23rd, we said “Screw it,” and went. 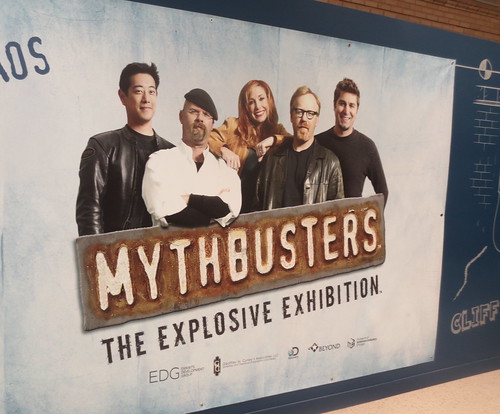 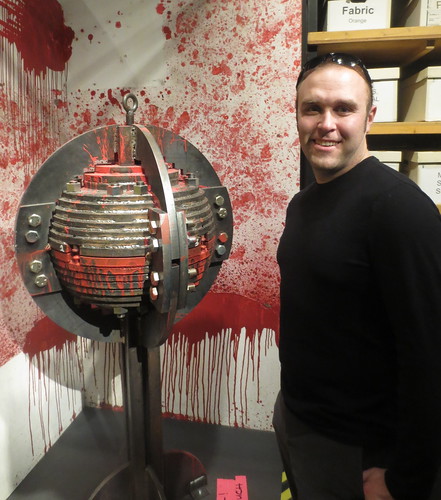 Brandon … and I forget which myth this was a part of. 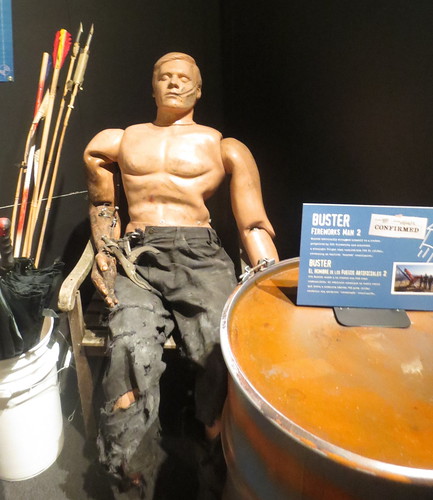 Buster! Buster the crash-test dummy is probably my favorite character from the show. They abuse him so much … 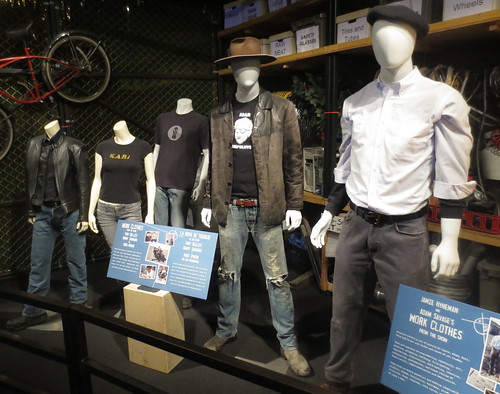 Outfits worn by the show’s cast.

The first part of the exhibit was mainly comprised of items from the show and tidbits about the myths they were a part of. Even though neither of us have watched the show in a few years, we remembered quite a few of the myths involved.

The second part was more interactive – you got to be a part of myths yourself. Some of the myths included building a brick house and seeing if it could withstand high winds (we both pretty much failed), throwing playing cards at a dart board and seeing if toast really always lands butter side down. A few of the others are below. 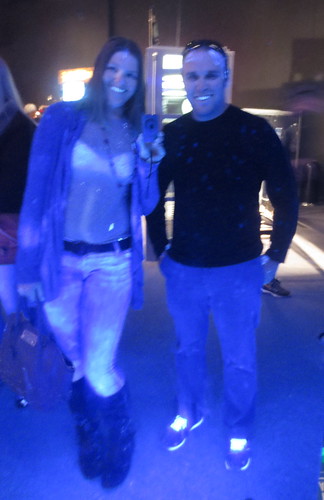 Post the run/walk myth. Do you get wetter running through the rain or walking? I ran, Brandon walked. What do you think? Creepy glowing spots are due to the “raindrops.” 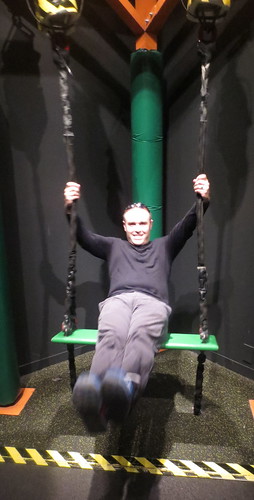 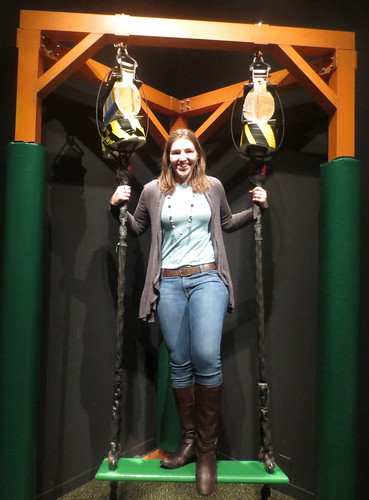 Both of us on a swing suspended by phone books – you can see that better in the picture of me. Basically, are phone books strong enough to do this? 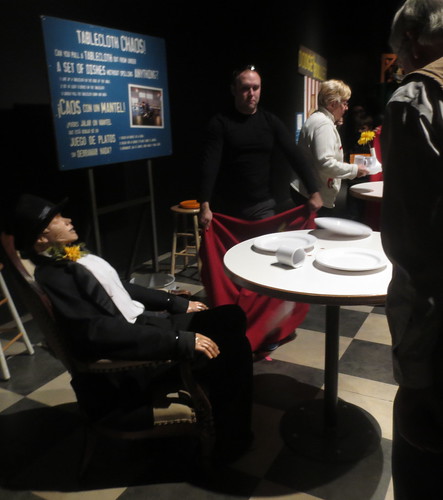 Brandon trying (and pretty much succeeding) at ripping a tablecloth off a table and keeping the dishes on the table. 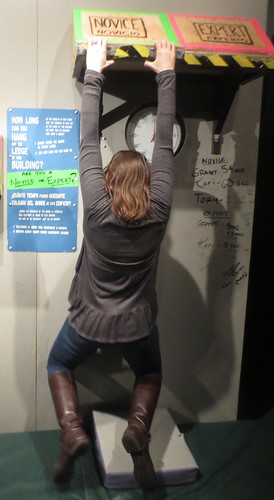 Hanging off the side of a building. I’d die quickly.

The exhibit was fun, but we had trouble deciding if it was ultimately worth the price of admission (doubled the price of museum admission). Maybe if we had kids …?

After, since we had paid for museum admission, we wandered around a bit. Brandon found a triceratops puppet after the dinosaur exhibit, and well, had to play a bit. 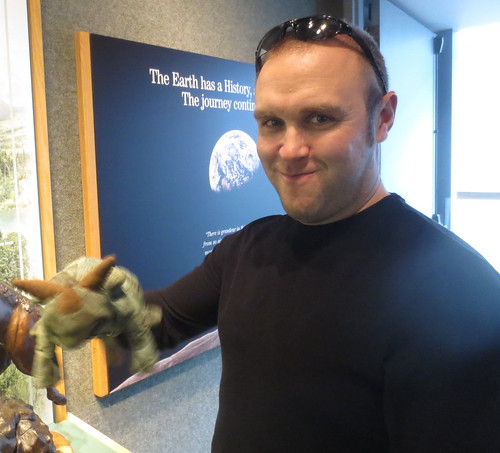 If this exhibit comes to a museum near you, I’d say it’s probably worth going to if:
– you were a HUGE fan of the show and wanted to experiment with some myth busting of your own
– you have kids who are interested in this type of stuff
– you need an excuse to go on a fun date (pretty much us)

With peak Ironman training hitting through the fall, I barely had time to eat and sleep, much less go out and dress up. Then, after the race, I was too happy hanging out and being lazy. As a result, not much to post here. 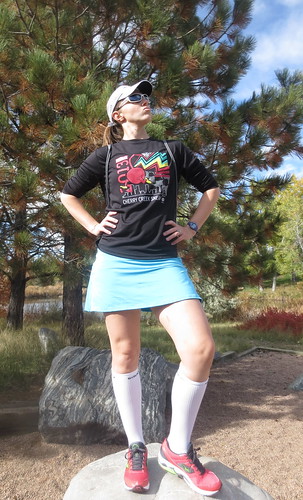 Sometimes, style is always about confidence, and while this outfit is entirely workout clothes (race t-shirt, Skirt Sports skirt, Saucony compression socks, new Mizuno Wave Riders), I felt (and still do by looking at it) awesome in this outfit. 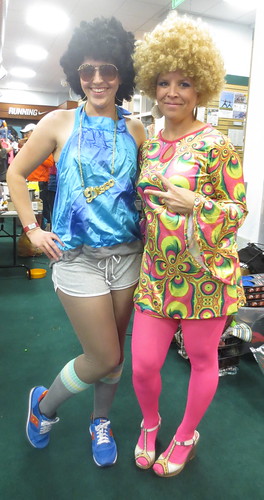 Halloween (I’m on the left). Halloween costumes can hold a bit of style inherently. Shirt is homemade (thanks, Mom) and shorts are American Eagle from a few years back. 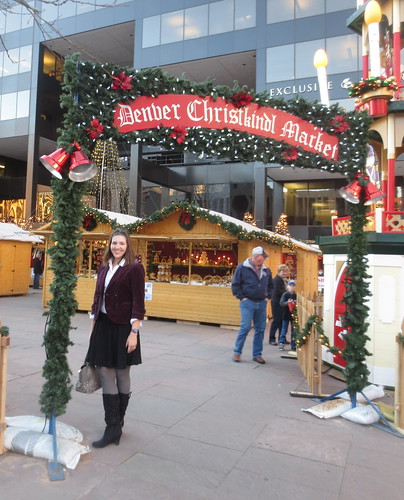 In the holiday post, I forgot to mention that Brandon and I checked out the Denver Christkindl Market. Based on similar markets in Germany/Europe, the market takes up a bit of the 16th Street Mall every December. It sells authentic Bavarian food and crafts. I’ve been meaning to check it out for years so this year, we finally did. Shirt and skirt from Express, blazer from American Eagle, boots I don’t even remember anymore.